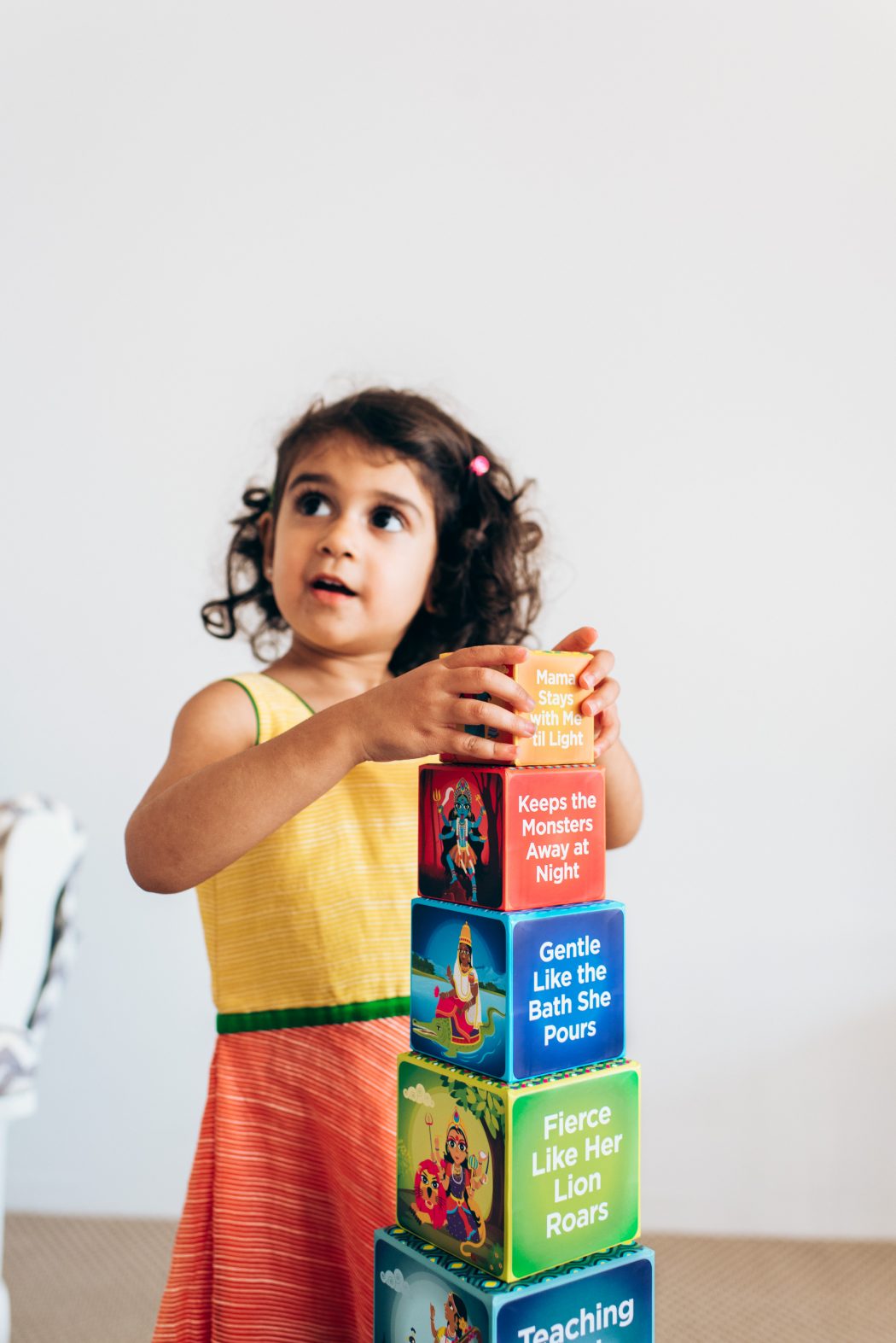 At a time when there is increasing attention on empowering women to be confident and have a seat at in the C-suite or in other leadership positions, there is a growing need for parents to arm our daughters with the tools to stand up, speak out for what they believe in, and be confident in decisions that they make for their own well-being. Many of our cultural norms and expectations as members of the South Asian community can also play a role in these very important conversations.

Can cultural influences define how daughters and sons view ‘success’ and their own identity? How do some of our South Asian traditions feed into the ability to raise strong daughters?

Rupa Parekh of Jai Jai Hooray, wanted to create a way to celebrate the capacity and strength of women while honouring but also modernizing South Asian tradition. This Diwali, she’s speaking to masalamommas about why this is a great time to have these important conversations and start the new year with an important look at how our culture can shape our children’s views of who they are. She created a product for young children, ‘the Goddess Power Tower’ to do just that. 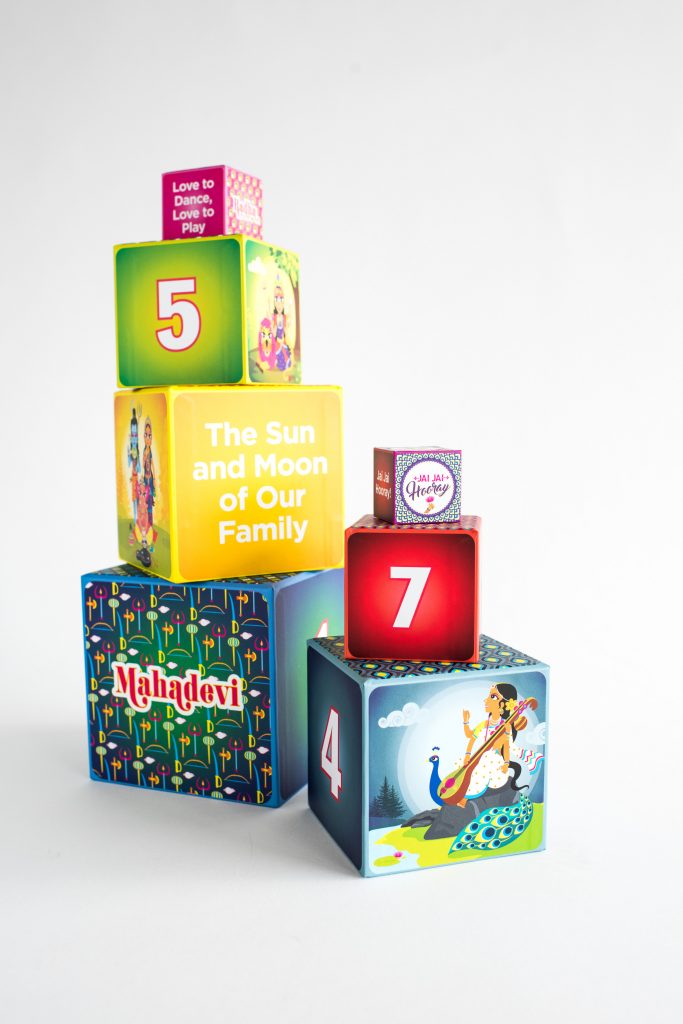 “We believe in honouring but also evolving our traditions,” says Parekh. “Our parents may not have questioned certain cultural norms and maybe we didn’t either. But blind faith doesn’t work anymore. Everything is about radical transparency and we’re seeing a new wave of social movements challenge old-school, patriarchal thinking.” 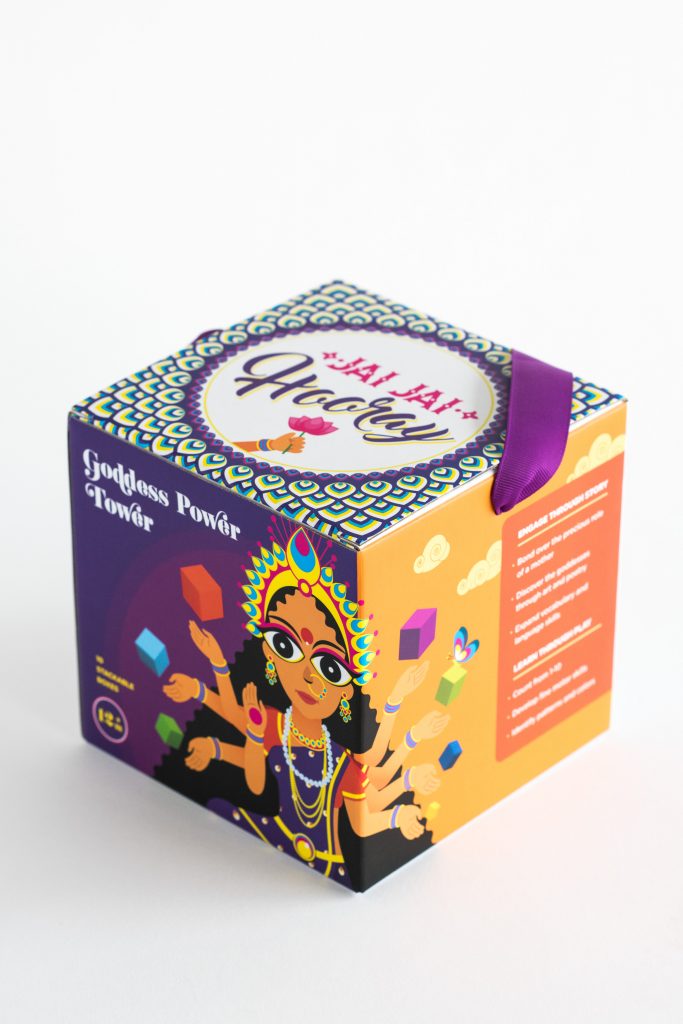 A major area that seemed ripe for evolution was the way in which Hinduism represents female characters. “So many of the Goddesses in Hindu lore don’t really have an identity,” Rupa points out. “We know so little about Radha or Ganga as individuals. Or, a character like Sita for example, is primarily defined by her husband or “consort.” 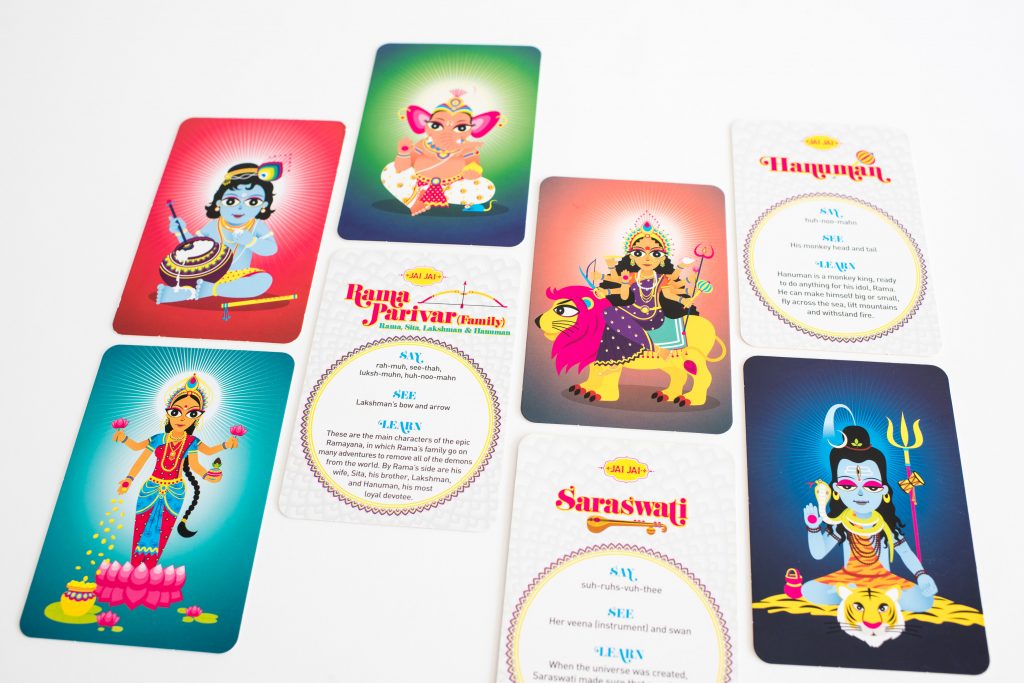 Through its Goddess Power Tower toy, Jai Jai Hooray offers a new legacy for some of the most iconic Hindu Goddesses that is both authentic and empowering. It’s a set of 10 stacking blocks that feature some of the most iconic devis in Hinduism. As you build the tower with each block, you’ll also build a poem that celebrates mama. The stanza on each block offers parents simple language that gives a more femme forward description of who she is. “Kali is often branded as the “scary” goddess. Why? Because she is dark skinned? That’s so problematic! Instead, we say Keeps the Monsters Away at Night. 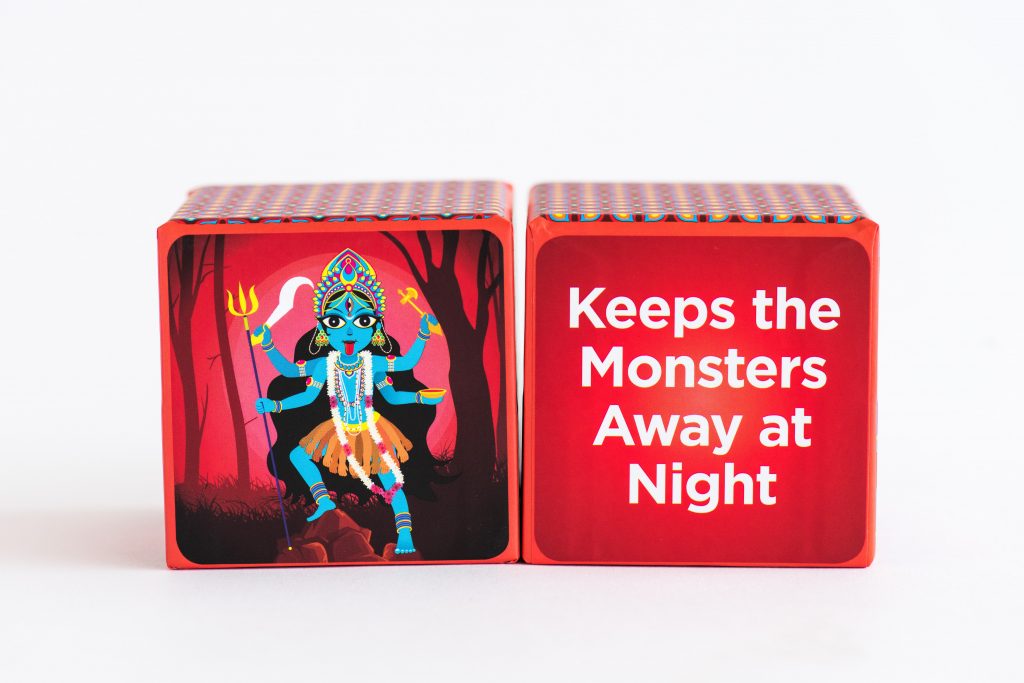 The base of the tower highlights Mahadevi who is said to be the sum of all goddesses. Inside of her are multiple personas–Durga, the warrior, Saraswati, the teacher, Parvati, the nurturer. 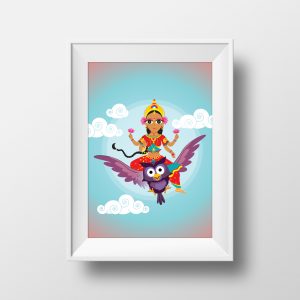 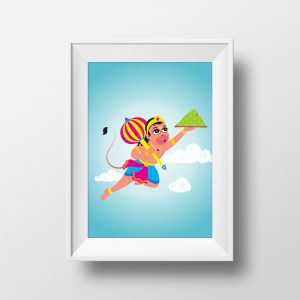 All illustrations are the work of Ajinkya Bane, Mumbai-based artist and illustrator. The blocks are smooth to touch and built to withstand tough toddler play. The product can also help fuel development in counting and fine motor skills.

“We obsessed over every aspect of this toy. Which goddesses to include, the order they are numbered and their skin colour. One of the other orthodoxies we are trying to break from is the fair and lovely culture that has plagued South Asia for too long. We display the devis as a spectrum of shades so ALL kids can see themselves as they play.”

Some might say–why do any of these concerns or themes matter for kids. They are so young and innocent. It goes back to a message that Rupa put on her website the very first day she went into business in 2016: “If we want to see more diverse boardrooms, governments, it starts with toy chests and bookshelves.” There is so much research that shows that identity and self-esteem begin to develop as early as nine months. If we don’t like the behaviour of the leaders we see today, we have to be more intentional with how we influencer are kids from the start.

The Goddess Power Tower and the full Jai Jai Hooray collection is now available in Canada! Visit www.jaijaihooray.com and enter code FUTUREISFEMALE until November 7th for your masalamommas discount.