Sonali Dev: Changing the face of the Romance Genre 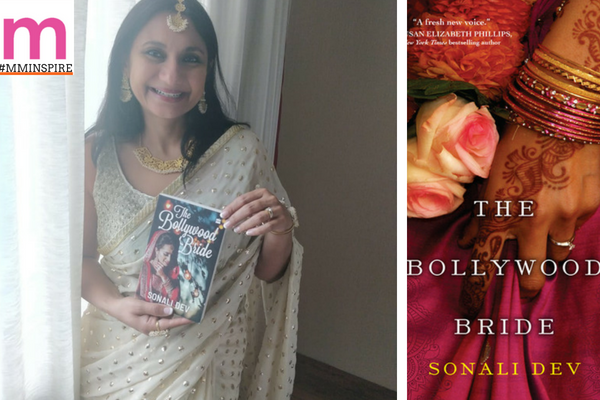 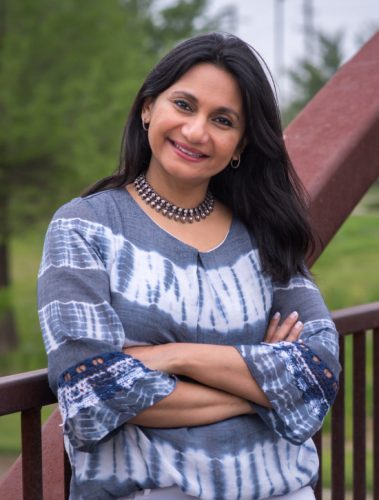 For author Sonali Dev, her love for writing began with poetry.

She remembers sitting at her family dining table in Kindergarten working on her math homework and instead of doing her worksheets,  she was writing poems—little couplets she loved writing through her childhood—about the cover of the math workbook.

“And instead of scolding me to do my homework, I remember my mother being completely thrilled with my poetry writing skills,” says Dev. “I remember her getting on the phone with her sisters to tell them about the ‘clever poems’ I had written. It was probably my earliest life-altering experience.”

That life-altering experience led her down the path of becoming an award-winning author of books with ‘a Bollywood Beat’ according to her website.  Dev’s first book, The Bollywood Bride, won the American Library Association’s award for best romance in 2014. Many of her books have been selected as Best Reads by NPR and the Washington Post.

We interviewed Sonali about her journey, challenges along the way and what it means to be a Bold and Inspiring South Asian woman today:

What inspired you to take on writing romance novels?

Growing up I never really read romance novels, mostly because I didn’t have access to them. No one around me read them. I wasn’t even aware that Romance was a genre. Other than the classics we read in school, I was reading my mother’s potboilers—Jeffery Archer, Sydney Sheldon, Eric Segal, Jackie Collins, Ken Follet. Books that were essentially character-driven stories that didn’t fall into a specific genre. So, to me, a story has always been a story. I was, however, perpetually zeroing in on the love stories within any story I read.

Even with movies, it was the love stories that really called to me. That quest for joy and personal fulfillment. The journey of personal growth to a point where a character was complete enough to let love into her or his life—I related to that journey at a very personal level. I discovered that the romance genre exists much later, after I had started writing fiction. And it was like coming home to find an entire genre that focused entirely on that journey and exploring relationships.

What, defines a good romance? And can you share with your own examples from your books, what works well?

I feel like the elements of a good romance are Character, Conflict, and Chemistry. One of the reasons I read romance is that I love the immersive quality of the experience. I want to get lost in this story, I want to fall in love with the characters, get invested in their healing, and believe that love overcomes all. Along the way, I want to laugh at banter, cry at heartbreak, and hopefully walk a mile in the shoes of someone who’s struggling with something, so I understand the world better. My own books are specifically focused on women’s struggles that arise from the way society is structured.

A Bollywood Affair is the story of a child bride who believes in her traditional conditioning and is waiting for her husband to come and claim her, through the story she finds her own agency, learns that her identity isn’t tied to the things she’s been taught it’s tied to and she finds a way to balance her values with personal freedom.

The Bollywood Bride is the journey of a girl coming to terms with the stigma of mental illness that has plagued her all her life. Her journey is in learning she can’t run from it but that she has to do the work of reconciling with her demons. A Change of Heart is about healing from grief and violence, it’s about characters who have to find life after they believe that their life is over. 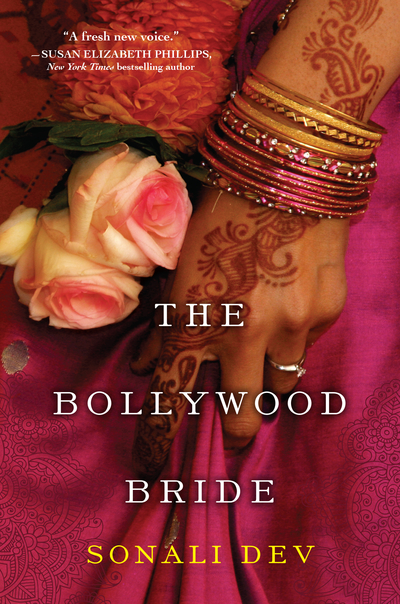 A Distant Heart is about taking charge of your own life after someone has made decisions for you all your life and about navigating a world across socio-economic divides. They’re all romances, but none of them are about ‘nabbing a spouse’—in my opinion, that’s the great misrepresentation of the genre. 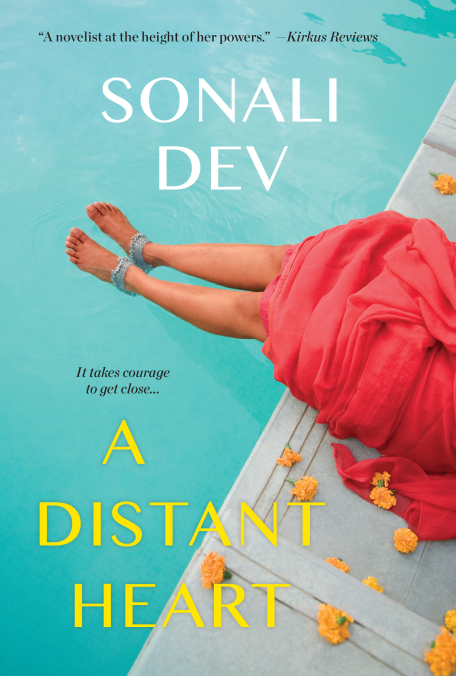 Tell us about what makes The Bollywood Bride different than others you have written and why it was important to write it?

Every one of my books is completely different. In fact, for a while, I think my readers had whiplash because in terms of tone and content each book was so drastically different. But it was important to me to tell each one of those stories the way I wanted to tell them. The Bollywood Bride was the first book I ever wrote and in that it will always be incredibly special to me. But it’s like your first born, who teaches you how to be a mother but isn’t in any way more important than your other children.

What do you think is important when featuring Indian and Indian-American protagonists?

To never present them as a monolith. The greatest thing about writing protagonists is that you get to tell stories in terms of individuality and not generality, the wayside characters often get narrated, as sweeping and often ridiculous stereotypes. When you write protagonists, you’re writing the story of a particular person and that person does not have to represent everything about an entire culture.

Characters are authentic when you render them fully within the context of their particular background and it bothers me when authenticity is confused with preconceived notions.

You have written several books, which are becoming a tv series, can you talk about your writing process, and where you go for creativity? and how did this tv series come about?

Actually, the trilogy that includes The Bollywood Bride, A Change of Heart, and A Distant Heart are being developed into a TV series. The rights have been optioned by Greenlight Entertainment and Locomotive Media. Rupali Mehta from Greenlight has read my books from the very beginning and has always been interested in developing them for film, but when these three books played out into a trilogy, she became interested in telling an Indian story for a global audience that is removed from the usual poverty porn and arranged marriage stories and focuses instead on the rich fabric of Indian life: family bonds, straddling the globe, stardom, stigmas, crime, and the changing face of female agency.

My stories usually come from some everyday human struggle that I’m trying to explore, and my belief that the search for happiness isn’t escapism or fantasy but the most essential reality of our lives. I mean, who wakes up in the morning and hopes for death and darkness? And yet in the stories we read we consider those journeys real and journeys of hope and love escapism.

Your premise for your books is really about making romance accessible to everyone, why is that important to you? 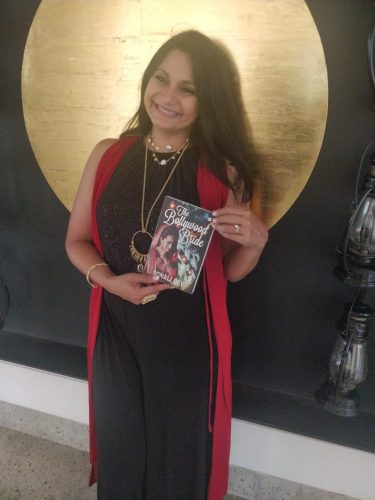 Honestly, the first time I saw myself in a book was when I read Vikram Seth’s A Suitable Boy—and even with that, the time period was a good four decades before I was born. Shobhaa De’s novels were when I first saw in a book someone who looked like me, lived in my city and had names that were familiar. And it was life-altering. My children growing up in America never had a single book with an Indian American protagonist. When I started writing my books I remember knowing with absolute clarity that telling these stories that were meaningful to me and that were about a life I completely understood and lived was incredibly important to me.

What do you think has changed for women in your space?

Romance, Women’s fiction, and really all publishing in the western world has been predominantly white for centuries, so this ability for non-white authors to be able to speak in a room where they were previously silenced is huge.

We have a long way to go to get to a place of equity, to a point where we no longer have to even have a conversation about diversity, but the fact that the conversation has started is a huge change and I keep telling myself to take a moment to celebrate that.

What was the biggest lesson you learned as a female author? what were some of your biggest challenges along the way?

I don’t really stop to think of myself as a female author, but I do know that there’s value to my writing that comes from my experiences as a woman, more specifically as an Indian woman in America who embraces wholeheartedly both those identities. It’s not what my stories are about, but it’s what makes my stories something only I can tell in a way only I can tell them.

So, I guess the lesson is to always be authentic and true to who you are. Publishing is intrinsically challenging. You’re trying to create and you’re trying to sell and putting those two things together is in itself an almost violent contradiction. Add to that the fact that I’m trying to tell stories that don’t have an existing market. But every challenge also has a flip side, with the challenge of newness comes the advantage of uniqueness, with the challenge of an unbalanced industry, comes the purpose and satisfaction of changing something.

What was the first book you ever read?

I think the stories of the Ramayana and Mahabharata were the first stories I was read to. My early childhood reading basically hurtled between Amar Chitra Katha comic books with their Indian mythology and Enid Blyton’s stories about pixie’s and toy towns.

What was the most recent book you have read?

I just finished The Kiss Quotient by Helen Hoang which is a charming romance that’s a gender-flipped retelling of the movie Pretty Woman. The heartwarming thing about it is that the female protagonist is on the autism spectrum and the author is also on the spectrum, so it is an own voices tale in important ways.