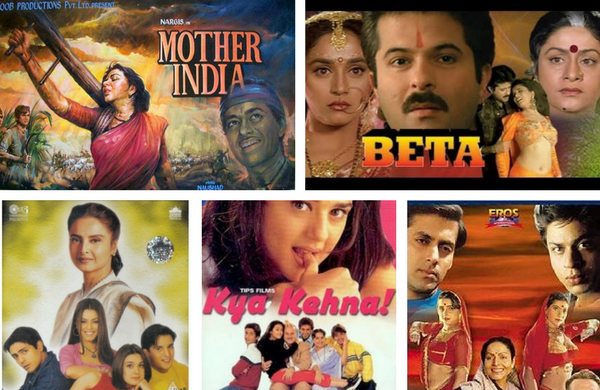 The last year has been a big year for new mamas in Bollywood, with the most recent being actress Kareena Kapoor Khan, who became a mother this past December. And with Mother’s Day around the corner, I thought it fitting to pay tribute by counting down the top 5 Bollywood movies with strong mom characters.

This movie might’ve been a box office flop, but Preity Zinta’s acting was praised by critics and she was nominated for Best Actress at the Star Screen Awards. It’s a movie I’ve watched numerous times because I love the songs, and appreciated the hunky Arjun Rampal, who plays a love interest. 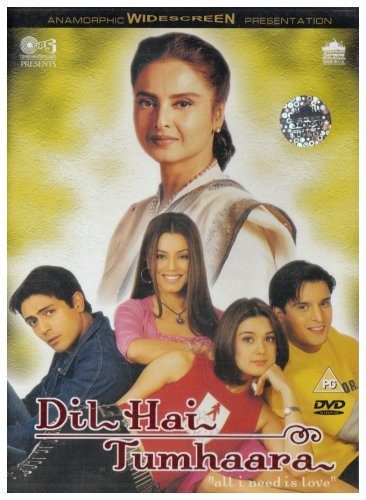 But the real pull is the relationship between step-mother Saritaji (played by legendary Rekha) and her step-daughter Shalu (Zinta). Saritaji is forced to care for the illegitimate daughter of her husband, who is killed early on in the film. The movie shows how Saritaji struggles to accept this daughter like she is her own. It’s a real tear jerker, so keep the tissues handy.

This is another movie starring Preity Zinta. She plays Priya, a young woman who gets pregnant out of wedlock, and must overcome the judgement of India’s conservative society when she decides to have the baby. This movie was ahead of its time, and I praise it for truthfully discussing real issues, while tying everything into a Bollywood-style happy ending.

I would be remiss not to mention Bollywood’s classic Mother India. Also ahead of its time, it tells the story of Radha (played by the esteemed Nargis), who is forced to raise her sons on her own. She must overcome numerous obstacles including poverty and family hardships. The movie earned nods for its acting. If you haven’t seen it yet, add it to your must-watch list. You’ll be amazed and inspired. 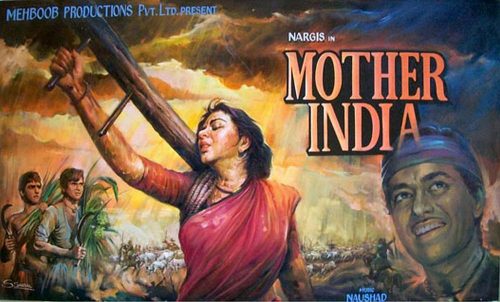 This is the story of a son and his mother, albeit step. I think Raju’s (played by Anil Kapoor) devotion to his stepmother (Aruna Irani) is bar none. As a child, his biological mother dies and all he ever wants from that day forth is to feel a mother’s love. So his wealthy father remarries Laxmi, who’s only in it for the money. She quickly turns into the wicked witch when she takes advantage of Raju’s innocence and keeps his father locked up, claiming he’s mentally ill.

Of course, the turning point is years later, when Raju marries Saraswati (Madhuri Dixit), who is the strongest ‘bahu’ I’ve ever seen in Bollywood. Watching the fight between mother- and daughter-in-law is what makes this movie a classic, and one I can watch again and again.

What’s a list without the Khans? This one has double, with both Shah Rukh and Salman playing twin brothers. It was one of my favourite movies as a child, and still makes my overall top 10. Aside from the awesome reincarnation storyline, this film tells the tale of a mother (played fittingly by Raakhee) who will not stop until her murdered sons have their vengeance. The moment the brutality happens, she prays to Goddess Kali Maa to bring them back. Years later, she can be found telling anyone who will listen, “Mere Karan Arjun aayenge.” How’s that for a mother’s will?

Bonus: Unfortunately it’s not out yet, but watch for MOM starring the iconic Sri Devi. It’s slated for release July 7, 2017. Judging by the trailer, this is one film where the mom will stop at nothing to save her child. I’m haven’t seen Sri Devi in a movie since her incredible performance in English Vinglish, so I’m looking forward to it.

More about the author:

Suzanne Yar Khan has spent the last decade as a journalist, writing about business, finance and lifestyle. She also blogs about her adventures as a mom in her spare time. Visit www.mission-mom.com for more.