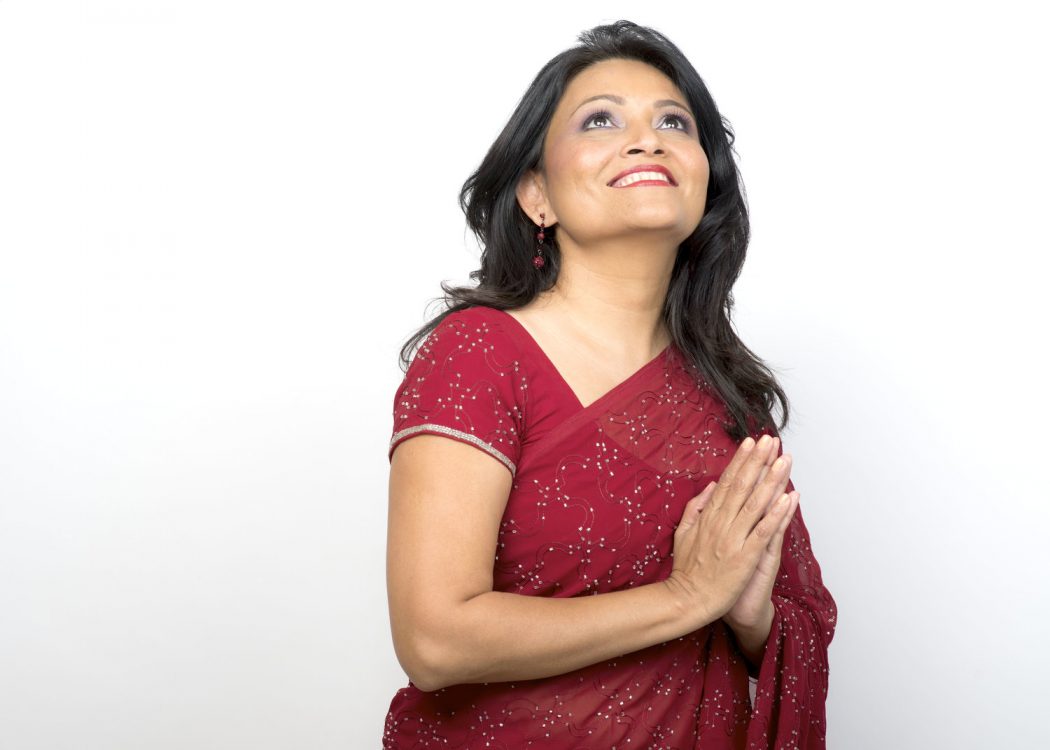 Born in Lucknow, Vandana Vishwas was singing complex melodies by the age of four and earned her ‘Sangeet Visharad’ (a bachelor’s degree in Indian classical music) by the age of sixteen.

Vishwas is a critically-acclaimed award-winning World-musician in the South Asian genre. Her debut self-composed and produced album Meera-The Lover (2009) based on legendary 16th century Indian poet queen Meera Bai, created wide-ranging ripples in Canadian & US World Music circles through rave reviews from leading music critics and some much-coveted awards, and her sophomore album Monologues (2013), took musical creativity to a new level by redefining the treatment of traditional South Asian song forms such as Ghazals, Nazms, Geet & Thumri with some interesting western influences. Parallels, her third album that stayed at Top 3 spots on Roots Music Report World charts for 20 straight weeks.

In addition to this, Vandana was also a contract artist with All India Radio composing her own music. Vandana credits these early experiences with AIR that shaped her musical compositions later on.

“In order to be an Akashwani (All India Radio) artist, one must have original content. You cannot sing covers there. So, although my childhood mentor Mr. D.K. Gandhe helped me with his compositions initially, I had to learn to compose and sing my own music from childhood. Other important thing about AIR in those days was that the recordings were on spool tape, and sometimes the songs were aired live as the artist sang them, so there was no room for any errors, editing or second takes like today. Even the arrangement for songs was impromptu. The artist had to be perfect the very first time. These were some challenges that the youth today can’t even think of, but these challenges shaped me into being what I am today. One interesting incident was at Ambikapur AIR station where I was recording a song and famed Ghazal maestro brothers Ahmed & Mohammed Hussain had to record after me and they were in the sound engineering room. They liked my voice and complimented me. After that, I learned some of the intricacies of Ghazal singing from them.”

Vandana was doubtless a musical prodigy but many are not accurately aware of her physical limitations. “I was born normal, but suffer from lifelong septic arthritis, chronic and acute 24/7 pain, and limited mobility in my left leg because of a careless nurse who poked my left hip joint with an unsterilized syringe when I was only two days old, causing a severe infection that absolved my left hip joint almost completely.

Yes, it puts me in a place of disadvantage at a lot of instances, but frankly, I don’t have a choice but to live with it and put it behind me. It neither acts as a source of inspiration, nor a reason for discouragement for me, but I make sure I don’t use my challenges as an excuse not to do something and let my artistic merit speak for me instead.

Simply put, I channelize all my energy towards doing my best, and I do it with full heart and conviction and don’t worry about the results.

I believe life is like a game of Poker, and we must do the best with the cards we are dealt with. We only have one life to lead, and nothing is impossible if we have the determination.”

Vandana has lived in India, Dubai and Toronto. She credits Canada and her immigrant life to the musical experiments in her second and third albums. “I remain true to my Indian classical music roots but my work is enriched by these influences and collaborations. I strongly believe that all of us are who they are because of the way we have evolved, and that includes our culture, religion, geographic location, ethnicity, education and several other factors. Once we develop this acceptance, interaction with people all over the world becomes a celebration. Then we start celebrating our similarities and marvel at our differences and try to learn from them. I think religion is a very personal matter and should remain in our homes.” 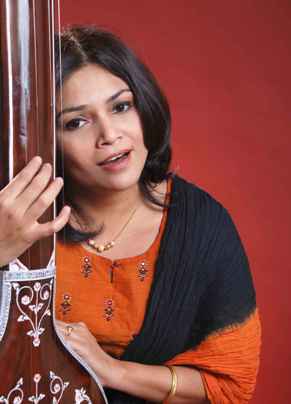 While music is her life’s calling, she was also an architect by profession. While many of us struggle to trapeze the work-life balance, Vandana has switched from music to architecture back to music.

“Both architecture and music demand full dedication and time and are equally taxing and creatively satisfying. Up to and after completing my degree and becoming an architect, I pursued both music and architecture for some time but eventually got sucked into architecture full time, working first in UAE and then in Canada where I am based now. This transition happened because I was a project leader for large architectural projects and didn’t have time for music. However, once I was in Toronto, its vibrant multiculturalism exposed me to the varied ethnic and mainstream music genres from around the world and I leaned towards music again which I had always missed. Eventually, I decided to restart music and released my first music album ‘Meera, The Lover’ in 2009. Until 2014, I juggled my commitments with both architecture and music but was finding it more and more difficult to cope up with both and it was affecting my health because I wasn’t getting enough sleep due to my increasing musical assignments and the growing architectural responsibilities. Eventually, there came a time when I had to make a conscious decision to choose one over the other. I decided to quit working full time in architecture and to devote my full time and attention to music. Although this transition was pre-planned and fully intentional, it was a very difficult choice because I was also making good money in architecture which I had to give up. I am glad I made that decision, and in 2016 I released my third album ‘Parallels’.”

While we are very glad that Vandana transitioned from architecture to music, as parents we are acutely aware of the burden, we place on our children to pursue conventional professional education. Vandana affirms this by saying

The decision to pursue a career in architecture was because I was brought up in an industrial township where every other person was an engineer and music was treated as a mere hobby which could not be conceivably pursued as a career. In retrospect, yes, I think that if conditions had been favourable, it would have benefitted me in field of music if I had pursued music with full dedication right from the beginning unilaterally.

Vandana also states that as parents we have a responsibility to nurture the creative talents of our offspring. “The parents should become their support system and provide favourable environment where he/she can flourish. Along with the standard education, they should make sure the child also gets proper training in classical music from a good guru and they should become their voice in answering anyone who thinks otherwise about her passion. Parents should not put the burden of realizing their own unfulfilled dreams on the tender shoulders of their kids. If for some reason, circumstances are not favourable one should not lose hope and should continue pursuing their passion through whatever means possible. My message to the new generation is – be proud of your roots, your heritage and your parents. Most importantly, dare to dream big and never ever give up on your dreams, however adverse the situations become for you.”

Despite achieving such staggering success and carving a niche for herself in the world music arena, Vandana, ever humble, affirms that her best is yet to come.