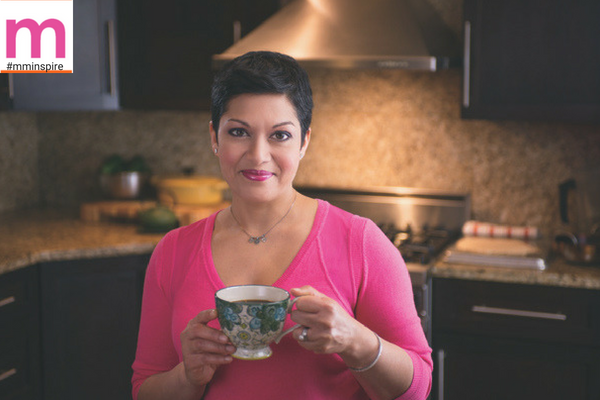 Anupy Singla’s first cooking class was with her grandfather who gave her one of her first lessons in traditional Punjabi cooking. It was in the home that her mom grew up in and that she was born in, that served as her first cooking classroom that would eventually leave an impact.

“I can still feel the cool, stone floor on the soles of my feet in our family’s kitchen in Chandigarh, Punjab,” says Singla.  “I would sit as a little girl on a small, low Indian stool in one corner watching the cooks deftly make our meals on a small kerosene-fueled stove.”

Born in India and raised outside Philadelphia, Singla is the co-founder of Indian As Apple Pie, showcasing recipes, custom spice blends and other tools to help make Indian cuisine accessible to every type cook in the kitchen.

Singla was fascinated at an early age by how skilled they were and how delicious their food tasted. While she preferred taking meals with the cooks in her own thali – her nani urged her to eat at the table with my family. 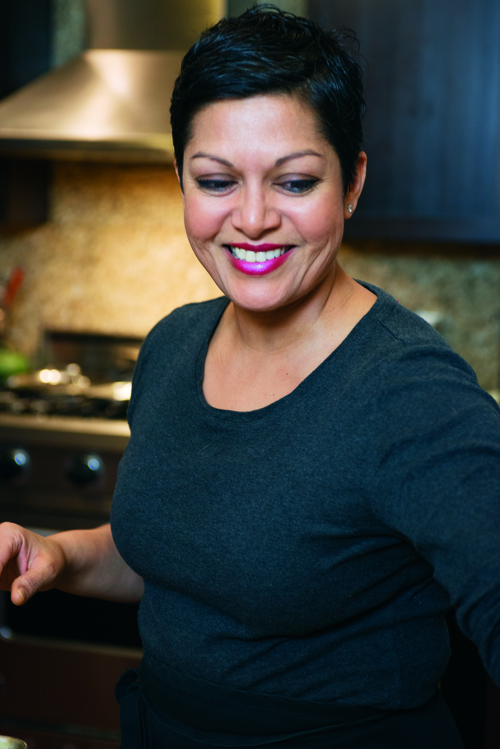 “The lesson I learned was that simple food – when prepared with fresh ingredients and love – is simply addictive.”

And it was that mantra that would pave the way for her passion for the style of cooking she would be known for. She says she owes her leap into food writing to her mom and her daughters. 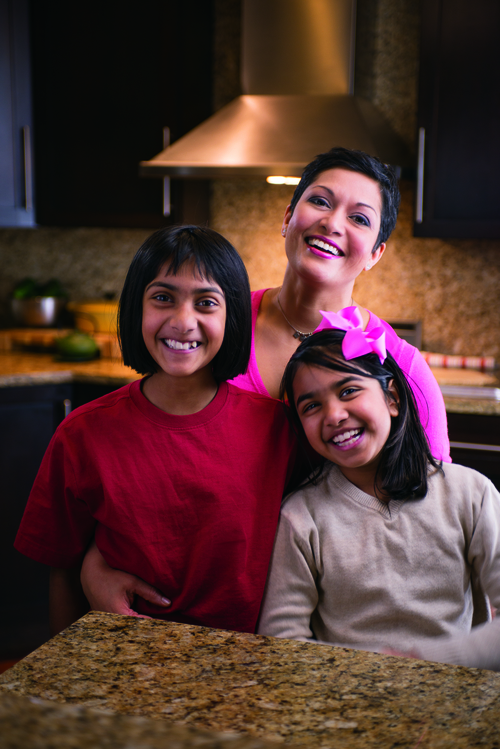 “I just could not cook our traditional Indian favourites for them as a morning television reporter with a husband that travelled for work,” says Singla.  “I was too exhausted. And, I remember my mom and her daily Indian meals were what connected me to my Indian roots and culture. I just had to take a chance, learn to cook every Indian recipe I grew up with and see if my kids would love it. My cookbooks are essentially love letters to my girls and all the other families out there who want to preserve their own food culture and Indian roots. Not to mention for non-Indians who want to understand real – authentic – Indian cuisine.” 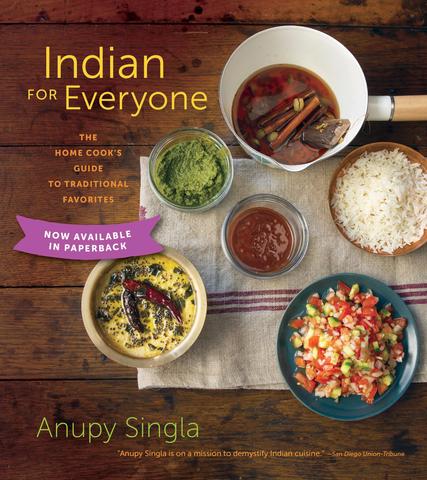 With three books under her belt now and a blog an inspiring resource, it’s no surprise this award-winning journalist finds writing comes with ease. Anupy’s career started as a business reporter for Bloomberg News author. Moving from there to Chicago’s WGH-TV and CLTV she would eventually make the move from reporter to author. She credits her experience as a business reporter for helping her to become a better cookbook author. 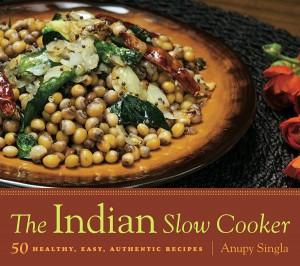 “My twist is that I like to take recipes and techniques and constantly question them to break them down and make them super simple to follow and understand. You could say this comes from my years as a reporter. I was always looking to explain complex issues simply. I also love pushing the envelope without compromising flavour.”

Her first book, The Indian Slow Cooker, makes Indian cuisine simply in a slow cooker often without a tardka. She says many traditionalists did not believe it was real Indian food.

“I urged them to just try the recipes. And, many have become fans for life. From rajmah to chana to even biryani – everything can be made in a slow cooker.”

Her mission has always been to make recipes to be accessible to everyone and Singla says, it’s still important to her today.

When I started writing books I was shocked how many misconceptions there were out there about Indian food. I was raised on easy, healthy, delicious Indian cuisine. My books are my way to share that with everyone.

Now almost 8 years from when she launched, The Indian Slow Cooker, she’s updating it for a brand new version.

“When it was first published in 2010 there was nothing like it. But, my mother raised my brother and me on Indian food from a slow cooker and I think people who cooked from the book appreciated the true personal connection I had to the book and the concept.”

This second edition out this fall will freshen up the book with new soup recipes and tweaks on some of the old recipes.

Despite all the long days and hours, she believes good cookbooks are centered around one thing:

“A good cookbook is one that inspires you to try something different AND has recipes that work. Period.” Click To Tweet

Her journey doesn’t just include books. She’s made the leap to retail with her own line that is also making headlines. 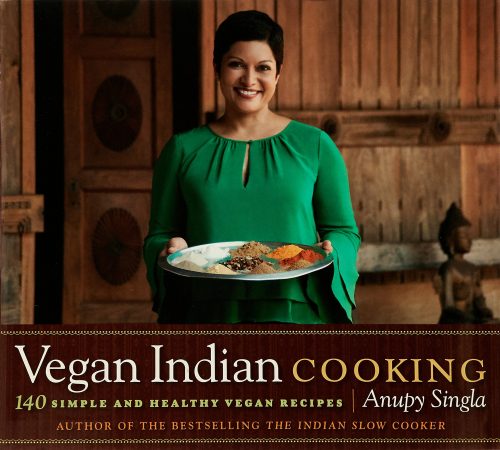 “The U.S. market needed it. It’s not easy to find true Indian spices and legumes to make my recipes. I wanted to make it simpler to cook from my books.”

That leap to branding and product development didn’t come without its challenges. 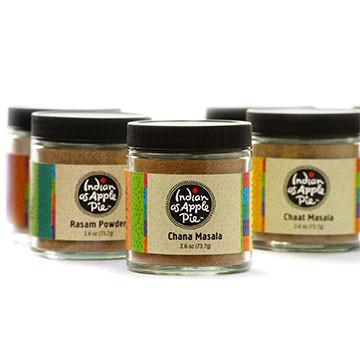 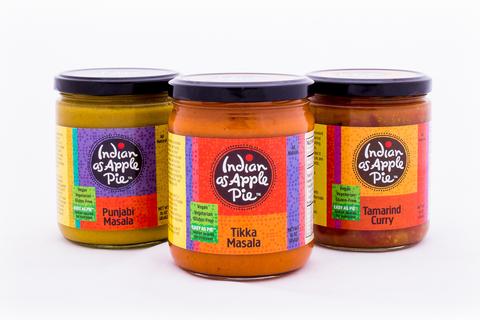 “My biggest surprise was how incredibly hard it is to launch your own product line. Sure, it may be delicious, but if you are not in it for the long run it’s not worth selling one or two items. It’s important to have a platform, concept, and a plan on how to scale it all.”

And what has been her biggest hurdles along the way?

“One of my biggest challenges came this summer. I was working on updating my book, The Indian Slow Cooker, and out of the blue I was struck with an infection in my right eye,” says Singla.  “It began as discomfort and redness and then escalated to intense pain. My eye doctor determined it was a cornea infection but had never seen the bacteria in an eye before.”

Singla spent four weeks in intense pain lying in a dark room unable to read, write, or test recipes. She had to see my doctor every day. There was even talk about a cornea transplant. But eventually, her doctor managed to clear her infection.

“As of this week, I am officially infection free. And, I must say am more grateful for my family and fans. They got me through my darkest days with words of support and social media messages. I am feeling incredibly grateful these days!”

Her favourite part of her journey is finding others along the way who have supported her—for Singla, that group has been women.

“I actually find the women in my Indian food space often very collaborative and supportive. We tend to cheer one another on rather than compete with one another. I always say that no one person can own what India or Indian food is – instead we should work collaboratively. If we do that, we will build demand for all of our varied platforms.”