Why Finding Dory Needs to Be On Your Summer Bucket List

The Labour of Love that is ‘Finding Dory’

Growing up, like many of you, I watched a lot of animated films. From Lady and the Tramp to 101 Dalmatians and then as a mom, I saw Kung Fu Panda, Inside Out and many more including Finding Nemo, which is still one of my favourites.

Recently at the Disney Social Media Moms Celebration, I had the honour of listening to Lindsay Collins, producer of Finding Nemo, of Pixar talk about the character Dory, and the labour of love that would become the latest in the series, Pixar’s highly anticipated sequel in the series, Finding Dory.

In 2011, screenwriter, Andrew Stanton and Collins were re-watching Finding Nemo because they were going to be re-releasing it in 3D. Upon watching it, Stanton said he didn’t do a good enough job of explaining where Dory came from and what would happen to her if he ever got lost again.

Collins says that was part of the reason that Stanton wanted to bring her back to share her journey. 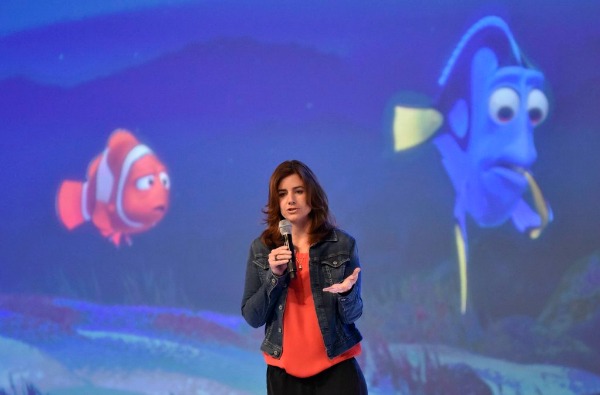 “He was worried about Dory, and wondered what would happen if she got lost again. He felt he hadn’t answered that question for the audience or himself. It was an emotional hole for him.”

According to Stanton, “Finding Dory” takes place about a year after the first film, and features returning favorites Marlin, Nemo and the Tank Gang, among others. Set in part along the California coastline, the story also welcomes a host of new characters, including a few who will prove to be a very important part of Dory’s life. 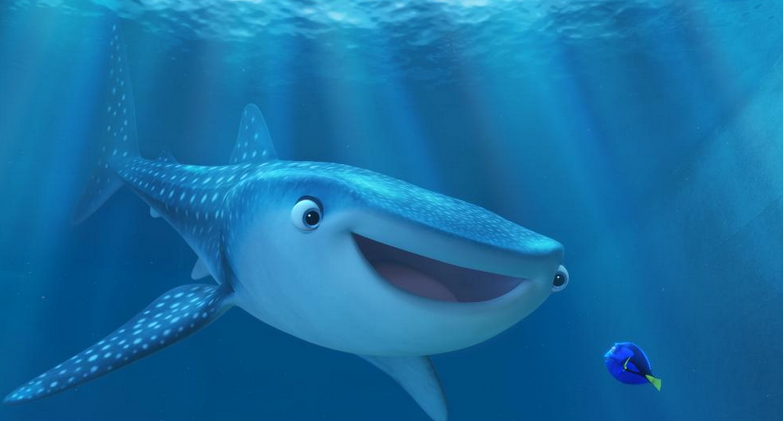 After Dory (voiced by Ellen DeGeneres) recalls some of her childhood memories, she, Marlin (Albert Brooks), and Nemo (Hayden Rolence) head out to Monterey, Calif., to try to find her family. Like all Pixar movies, this will tug at your heartstrings.

“We knew that she had family, but she just couldn’t remember where they were or where she was from,” said Collins.  “We also knew that she could speak whale and that she could read. All of that lead us to realize that she had to have grown up around people and other species. So that lead us to have her come from a place called the Marine Life Institute.   But the most important thing was that Dory was a tragic character.” 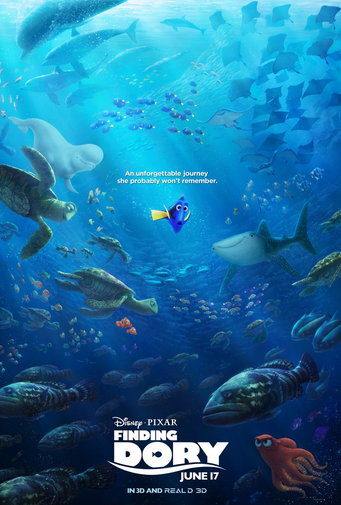 Collins said the idea to do a sequel with Dory came up in 2012 and the team kept it very secret.

Collins said they wanted to allow Dory to stop apologizing for herself.

As she spoke about her journey with screenplay writer, Andrew Stanton, what became surprisingly clear was the vast amount of processes that go into creating the inspiring character, Dory, from Finding Nemo over 13 years ago.

“We were overwhelmed by how much the audience loves Dory,” said Collins. “So much of that is based on how she approaches the world. She’s friendly and helpful, she is optimistic and in the moment. Most importantly she never sees anyone else’s flaws. The only person she sees flaws with is herself. That just wasn’t ok with us.”

I was blown away by the amount of work that goes into the art of storytelling in animation. Many of us listening to Lindsay were in awe of the emotional connection she still has with the character of Dory, years after her first appearance over a decade ago.

Collins said she remembers him telling her he couldn’t believe what Dory had become after writing her name on a piece of paper 16 years ago.

“It’s like remembering the day your child is born. Andrew said, ‘look at who she’s become. I never thought that this is who she would become. I’m just really proud of her.’ I think it’s a very human characteristic to let one flaw define you.

She also said Stanton felt compelled to write this movie for Dory.

Andrew realized if he didn’t gift Dory with another movie, she would always define herself as being flawed. In truth, by the end of this movie, we want her to see her flaw as her superpower. And frankly that’s what every producer wants for their characters and what every parent wants for their kids.

I have five words for you: YOU MUST SEE THIS FILM. We were privileged enough to see the first 30 minutes of the film and we were the first public audience after the press to get a chance to see it.

Trust me: the emotion and the way the story of Dory is brought to life will give your family something to talk about. Everything from exactly what Lindsay mentioned Dory’s emotional memories and her in-the-moment struggles make this film real and thought provoking. Enough so that I think you may have many different conversations at home with kids about how they see themselves and what they aspire to be—it will help them see what they perceive as a flaw as their superpower.

More about Lindsay Collins other works: