As moms with families we all have seen backlash, ignorance and hatred South Asian communities can face post events like Charlie Ebdo in Paris, Sikh Temple shootings in Wisconsin and terrorist shootings in Ottawa, Canada. Have you ever faced racism? How have you explained it to your kids? One community is taking making it a priority to be proactive to dispel myths about their religion and culture.

The Ahmadiyya Muslim community has launched an outreach campaign called ‘Meet a Muslim Family‘ across Canada, in order to help dispel myths about the religion.  With the recent terrorist attacks around the world and in recent months in Canada, organizer, Safwan Choudhry said it was an opportunity to get other Canadians to meet average Muslim families. 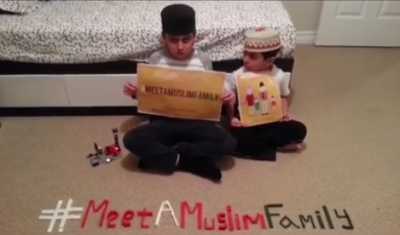 “In light of Islam being associated with negativity, we felt that it was necessary to launch a campaign, in order to first and foremost disassociate Islam from the misconceptions, and bring forth the true, peaceful and positive teachings of Islam. As Ahmadi Muslims we wanted to emphasize the fact that Islam does not condone violence, on the contrary, Islam teaches to protect and preserve the sanctity of life,” said Choudhry. “The goal is very simple, to remove any misconceptions about Islam, and become a bridge for peace, tolerance and harmony which are core teachings of Islam. “
[vsw id=”dIMfMHowzrM” source=”youtube” width=”425″ height=”344″ autoplay=”no”]

The campaign has been launched at several mosques across the country and the community has set up a website called “Meet a Muslim Family” where individuals can provide their basic information to be matched with a family living close to them. Meetings are happening in homes, in coffee shops and some people have requested visits to mosques.

Choudhry says the Ahmadiyya Muslim Jama`at in Canada has been hosting this program for many decades, but this year was the first time we decided to name it “Meet a Muslim Family” and launch it as a national campaign. 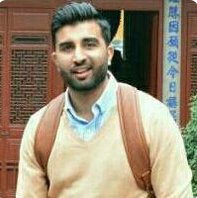 “Despite the fact that the official campaign was originally scheduled 2 weeks, due to the overwhelmingly positive response, we have to extend the program to connect as many families as possible.  Ahmadiyya Muslim Jama`at exists in over 200 countries around the world and we aim to expand this campaign globally.”

And the feedback has been incredible, says Choudhry.

“The feedback has been phenomenal, as we have received an overwhelming response from all across Canada, with countless inquiries. This campaign was only scheduled to run for 2 weeks, although there are meetings scheduled for many weeks to come. You can also search #MeetAMuslimFamily on Twitter to see some of the more personal responses from people.

Many families reported that they had reconvened several time since the initial meeting and have developed a strong bond of friendship.”

He adds that in most cases the participants expressed very familiar experiences, stating that Muslims are not much different from themselves. “Muslims in Canada come from very deserve backgrounds, cultures and traditions like most Canadians, hence every meeting is completely unique,” said Choudhry. 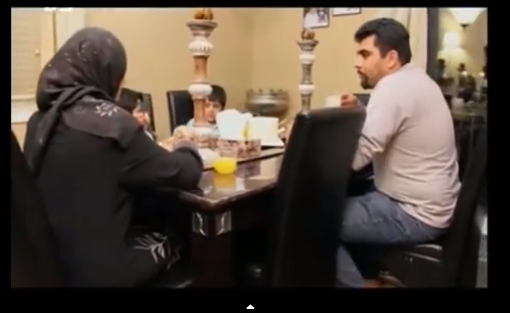 But many from the South Asian and some Muslim communities including our own readers have asked why are we having to put ‘ourselves on display’ and open our personal homes to the public just to combat ignorance or bigotry about our culture?

“Perhaps some of the community members and readers may have misunderstood the concept.
We are inviting Canadians to meet Muslims living in Canada, and have created a platform for people to voluntarily signup to either host or meet Muslim families,” said Choudhry.

“We have not suggested or advised anyone to open their personal homes, as matter of fact many of the meetings have taken place at restaurants, coffee shops, libraries, mosques and some of the Muslim chose to invite people to their homes.”

In a country like Canada, where multiculturalism is the backbone of its legacy, is this program necessary? Choudhry says yes.

“Canada, by all accounts is very multicultural and accepting country, although it was only a few months ago that our nation was under a terrorist attack. Since the terror attack in Ottawa, there have been several terror related arrests made across Canada and there have been threats made against Canada by foreign terror groups. Ahmadi Muslim firmly believe that loyalty to country is part of the Islamic faith and we strive to be positive, contributing and exemplary Canadian citizens. Through this campaign, we wish to stand united against those looking to divide our nation.”
The program has received inquires from over 20 cities and towns with over 500 inquiries from across Canada. And it’s growing.

For more information on how you can be involved visit: www.meetamuslimfamily.com