An Inside Look at How Mindy Kaling Gets Her Celebrity Look 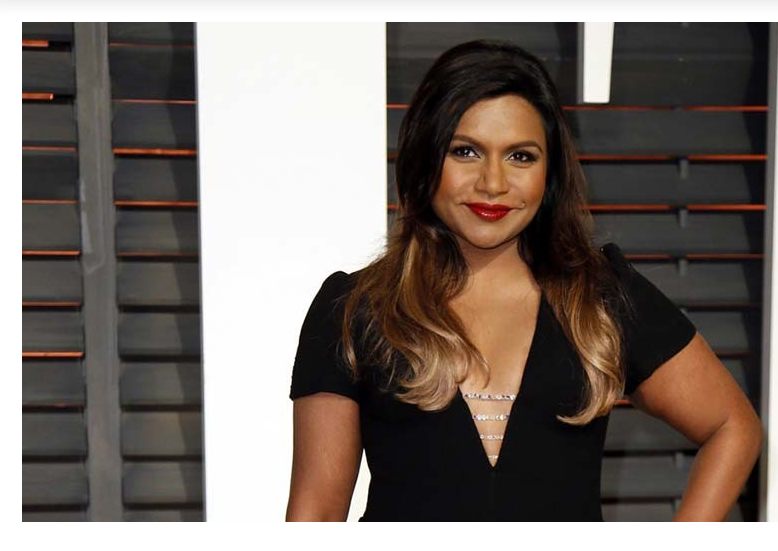 I love a good foundation recommendation and when that recommendation comes from Mindy Kaling, it’s worth its weight in gold. Late last year, Mindy posted a few of her favourite foundations on Instagram that her makeup artist, Cindy Williams, likes to use on her while filming The Mindy Project. Of course, I wanted to know more and reached out to Cindy, who was gracious enough to speak with me about her work on the show, her favourite products to use on set and what she’s learned about makeup from Mindy.

By the way, if you’re not following Mindy on Instagram, you are missing out on great insider beauty tips and recommendations as well as a look at her fearless sense of fashion – for which she does not get nearly enough credit.

You have a long history of working as a makeup artist in films and television. How did you first get your start?

I’m originally from Minnesota and I owe a lot of my success to my family and my brother who asked me “If there’s one thing you could do for free the rest of my life what would it be?” Makeup was my passion, so that led me to Los Angeles. There, I worked as a nanny to put my self through cosmetology school. I also worked in a salon in Beverly Hills and in a department store for Lancôme. I then met a makeup artist who took me on films such as “Benny and Joon,” “What’s Eating Gilbert Grape,” and from there I did my first makeup department head job in India on “The Jungle Book” and I’ve been working in films and television ever since.

How did the opportunity to work with Mindy Kaling on her show happen?

I was recommended by a few people and it was really word of mouth. Mindy reached out to me and asked if I was available to come in and do her make up. We hit it off and rest is history! 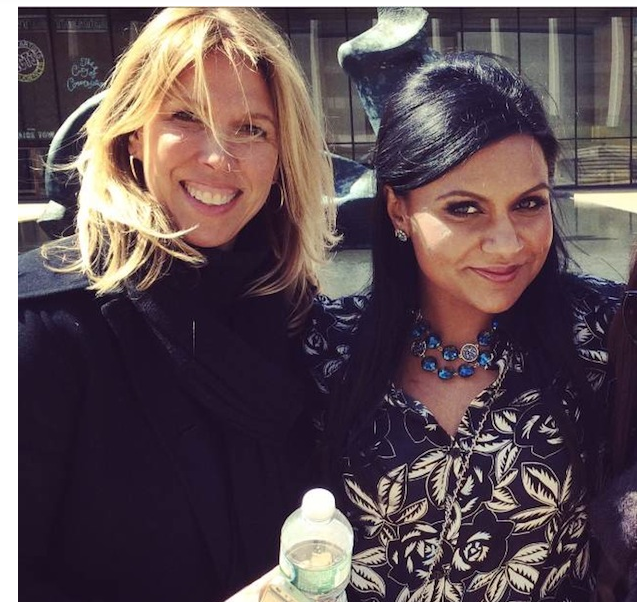 Mindy posted four foundations on her Instagram that you love using on her. Can you tell me what you like about each: Nars Sheer Glow in Macao, Armani Luminous Silk Foundation in No.10, Kevyn Aucoin Liquid Airbrush in #14, and YSL Touche Eclat in Beige 70.

The Nars is a great day to day wear due to its sheer finish. The Armani is a beautiful foundation that looks very natural. I love the undertones of Kevin Aucoin and it gives a bit more coverage. The YSL is more moisturizing on days we need it. Makeup Forever HD foundation is also one that has really good colors for South Asian women and is great for TV. I use colors #170, #173 and #175 a lot. Bobbi Brown also has a really nice range of colors and is great for every day wear. 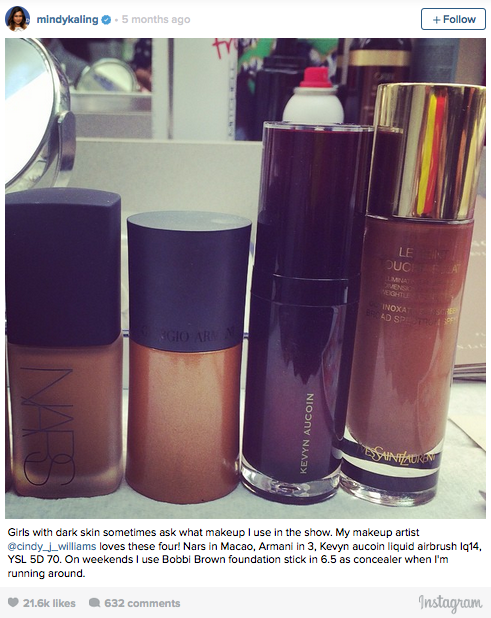 What should women with darker skin tones look for when shopping for foundation?

When choosing a foundation or makeup brown skin, you have to keep in mind what your needs are. Are you looking for something that’s full coverage, are you trying to colour-correct the skin or match the shade exactly? I like to match the foundation to the lighter part of the cheek area. And I usually go one or two shades lighter for the concealer for under the eyes and the t-zone area to make that pop a little bit.

What’s the makeup look that you create for Mindy’s character ‘Mindy Lahiri’ on her show?

I always think of Mindy Lahiri as very put together and girlie and loves colour, so we play around with a lot of different colors. One of our favourites is “Funny Face” lipstick from Nars, which is a bright hot pink which you think wouldn’t work but totally works and just looks beautiful. We just have a lot of fun with colour – from orangey reds to bright pink to deep purples that normally as a makeup artist I don’t always get to try. 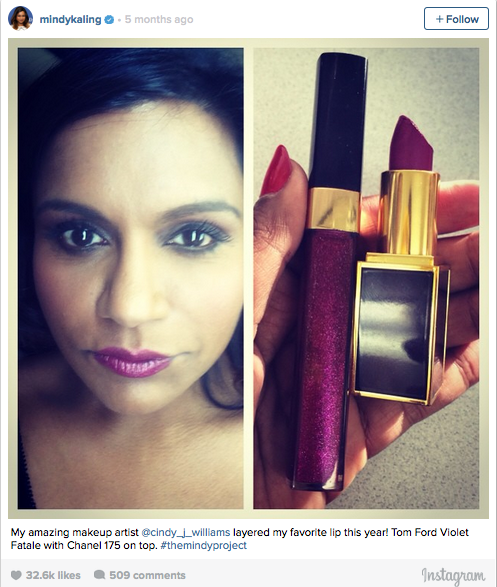 It’s pretty similar but the difference is that with television, because of hi-definition, you have to see how things translate on screen. I’m careful about using a lot of shimmers which can look beautiful in person and in photoshoots but it doesn’t work as well for television. I also have to play around with the lighting when I’m working on TV which can make colours look too strong or sometimes not strong enough. So, lip colour can read too dark and I have to go in and brighten it. I watch the monitors for every single scene and adjust the makeup according to the lighting.

Is there anything you’ve learned as a makeup artist from working with Mindy?

One thing I’ve learned is not to be afraid to experiment with fun colours. I think people generally like to just stick with safe colours and I’ve learned to not be afraid to go for a bolder look, especially with lip colours. What’s funny, though, is that the guys on Mindy’s show always like it when she does a more natural look. They will always comment and say, “wow she looks really good today,” when we do her most natural look and she’s in sweat pants, lying in bed.

More on make up here.

This story was originally published on CoutureRani.com and has been republished with permission.