Having a daughter of my own and hearing things like ‘she throws like a girl’ growing up, has meant that I am sensitive to phrases like that.  Even with my own son, I’ve heard elders say things like ‘he cries like a girl’,  ‘are you a girl? Why are you crying?’ when he was younger. For me, being a parent today means empowering my kids to be confident in who they are and helping them understand that gender should be an obstacle for success.  And that’s why  this Always campaign last summer really hit home.

This Super Bowl Sunday, be sure to watch the debut of a 60-second version of the influential #LikeAGirl video. With more than 100 million people watching the Super Bowl, including an expected 10 million in Canada, Always wants to ask girls, women, boys and men across the country and around the world to help redefine the meaning of #LikeAGirl.

Launched last summer, the #LikeAGirl video shed light on the power of words and how the commonly used phrase “like a girl” – often used as an insult – can have a significant effect on girls’ self-confidence. With more than 100 million people watching the Super Bowl, including an expected 10 million in Canada, Always wants to ask girls, women, boys and men across the country and around the world to help make #LikeAGirl mean amazing things.

The #LikeAGirl mission started with a profound insight – that more than half of girls experience a drop in confidence during puberty and many of them never fully recover. Harmful words can add to that drop in confidence. That’s why Always took a first step last summer by releasing the “Like a Girl” video, and it’s already making a difference. Prior to viewing the film, only 19 percent of girls had a positive association toward the phrase “like a girl.”

Since the launch of the #LikeAGirl video, it has been viewed more than 80 million times in 150 countries and shared by more than 1.5 million people around the world. Even so, only half of American girls, and even fewer men and boys, have seen the film. Always is using the Super Bowl to help spread the message to a broad audience to help redefine the meaning of “like a girl.” 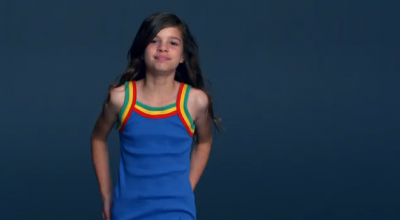 We at masalamommas hope you’ll tune into the conversation on twitter! Use the hashtag #LikeAGirl & tag @Always to help us take a stand and show young girls across our community that we can make “like a girl” mean amazing things!

Read all about the movement here and join the conversation and tell us what you would do Like a Girl.

We also have an amazing #LikeAGirl prize pack giveaway for our readers in celebration of this #LikeAGirl Movement! All you have to do is tell us below: “What would you do like a girl?”. The prize pack is valued at $40 and includes a #LikeAGirl T-shirt and Always Infinity product. We’ll draw one winner during the week of Feb 11 using random.org. The winner will be notified via email and will have 24 hours to respond or another winner will be drawn instead. Good Luck! 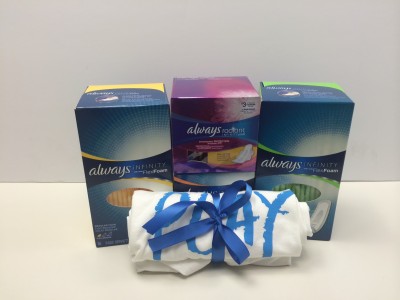 **This giveaway is open to our Canadian readers only.

Disclosure: I am a P&Gmom/mamanP&G. As part of my affiliation with this group I receive products and special access to P&G events and opportunities. The opinions on this blog are my own.

By entering the following contest you are accepting that if you win your contact information will be shared with a P&G PR and shipping agency for the purpose of mailing your prize. Please allow 4-6 weeks from the contest closure date to receive your prize.

This giveaway may appear on other blogs as part of the #PGmom/#mamanPG program. However, to be fair, you can only win once per giveaway. If your name is chosen more than once, another winner will be selected. All winners must be from within Canada.