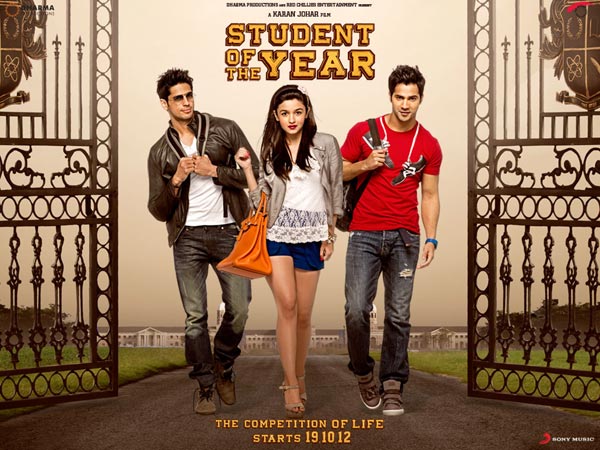 Back to School Bollywood-Style 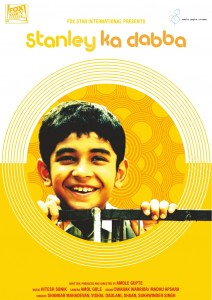 It’s Fall, my favorite time of year, and the chill in the air brings to mind more than just pumpkin spice lattes, Ugg boots (I know, but they’re comfortable!) and hoodie sweatshirts … it’s back-to-school season and everyone has been dealing with the rush of getting the kids ready for another year of academic brilliance (I mean, we ARE Asian. It’s expected). The beginning of September was ripe with that delightful feeling of possibility, and it filled me with nostalgia about my own back-to-school days. Picking that perfect first day outfit, comparing schedules with friends, organizing supplies and anticipating all that the new school year could bring.

High school and college themed movies have always been a successful genre in cinema, and Bollywood films are no exception, dating back to inspirational films like Jagriti (1954) and leading all the way to college romances like the recent hit 2 States (2014). If you feel like celebrating the season with school-themed movies and have already cycled through the usual films of this genre (Clueless, Mean Girls, The Breakfast Club, Legally Blonde, etc).

Check out this list of the TOP 10 school-themed Bollywood Hindi films:

Student of the Year (2012)
This light-hearted film was surprisingly fun to watch, though it had some unbearably cheesy, eye-rolling moments. The story centers on a love triangle between Varun Dhawan, Alia Bhatt and Siddharth Malhotra and their interactions all take place within a school year at the fictional St. Theresa college. The main trio and a host of side characters all compete for the Student of the Year title which is awarded by their dean (played by Rishi Kapoor).

[vsw id=”reGLx3e-GnA” source=”youtube” width=”425″ height=”344″ autoplay=”no”] Jo Jeeta Wohi Sikander (1992)
This 1992 film was all about the rivalry between three colleges – Model, Rajput and Xavier College. Aamir Khan shines as the carefree hero of the story, who romances glam doll Pooja Bedi and local belle Ayesha Jhulka and eventually takes on the underdog role in a big bicycle race between the colleges. Those who don’t remember the full film will certainly remember the hit romantic song “Pehla Nasha” from Jo Jeeta Wohi Sikander. [vsw id=”nXAkqLBgxGA” source=”youtube” width=”425″ height=”344″ autoplay=”no”] Kuch Kuch Hota Hai (1999)
Now considered a classic, Kuch Kuch Hota Hai has elements of a children’s film and a romantic drama, but a bulk of the film takes place during Shah Rukh Khan, Rani Mukherjee and Kajol’s college days at St. Xavier’s. Like Student of the Year – which featured a “prom” – KKHH appropriates images closer to your typical American high school film – including cheerleaders, beach trips and classroom lectures on Romeo and Juliet. And who can forget Ms. Braganza! [vsw id=”aJVRHc65H1M” source=”youtube” width=”425″ height=”344″ autoplay=”no”]

3 Idiots (2009)
This award-winning 2009 film is adapted from author Chetan Bhagat’s novel Five Point Someone. The story unfolds in flashbacks to the friendship between three students at engineering college and their relationship with their antagonistic college director. Aamir Khan turns in a surprisingly convincing portrayal of a brilliant young student despite being in his forties during the making of the film. Sharman Joshi and R. Madhavan play his close buddies and batchmates, and Kareena Kapoor stars as the love interest and daughter of the strict college director played by Boman Irani.

[vsw id=”xvszmNXdM4w” source=”youtube” width=”425″ height=”344″ autoplay=”no”] Main Hoon Na (2004)
The somewhat convoluted plot of Main Hoon Na hovers between terrorism, nationalism, family honor and of course, love. However we also get to see Shah Rukh Khan go “back to school” as an undercover cop at a college in Darjeeling. Zayed Khan stars as his younger brother with Amrita Rao and Sushmita Sen playing the female leads. While the film was certainly over-the-top in many ways, one will never forget the “hot for teacher” sensuality of Sushmita Sen as Shah Rukh’s college professor. [vsw id=”7fRLWoyLFBk” source=”youtube” width=”425″ height=”344″ autoplay=”no”]

Taare Zameen Par (2007)
Taking it back to a primary-school age setting, Taare Zameen Par is in my opinion the finest film on this list. Starring Aamir Khan as an eccentric art teacher, Taare Zameen Par touches on dyslexia, learning disabilities and the Indian mindset in regards to them. 8-year-old Ishaan (played by Darsheel Safary) has always struggled with his studies and is often chastised by his parents, who cannot understand why he isn’t like his successful older brother. Only when he begins studying under Aamir Khan’s character Ram Shankar Nikumbh does the truth about his abilities come to light. Sensitive and raw, Taare Zameen Par is a must-watch film.

Mohabbatein (2000)
A lush, sprawling green campus, jaunty uniforms, freshly-scrubbed young men and a strong, salt-and-pepper bearded Amitabh Bachchan as headmaster … Aditya Chopra’s Mohabbatein takes all this and injects it with the Yash Raj Films lifeblood – epic love! The Gurukul University depicted in this film is the epitome of tradition, honor and discipline under Bachchan’s watchful eyes. But it is nothing without love – and that’s where Bollywood’s lover boy Shah Rukh Khan comes in! He is hired as a music teacher, but he coaches young heroes Jugal Hansraj, Uday Chopra and Jimmy Shergill in winning the hearts of local ladies, much to Amitabh’s chagrin. Shamita Shetty, Kim Sharma and Preeti Jhangiani feature as eye candy but not much else, and Aishwarya Rai makes a special appearance as Shah Rukh’s mysterious love interest.

Do Kaliyan (1968)
What could be better than watching a tiny Neetu Singh battle to bring her estranged parents back together? Watching TWO of her do it! Do Kaliyan is a remake of The Parent Trap and features a very, very young Neetu Singh (then called ‘Baby Sonia’) as twin sisters Ganga and Jamuna, who set out to find out why their parents (Biswajeet and Mala Sinha) separated them as babies. The scenes of the two girls meeting and immediately hating each other in school are a delight to watch!

Guddi (1971)
Schoolgirl crushes and leaving behind the innocence of those days to live firmly in reality is the theme of Guddi, one of Jaya Bhaduri’s most celebrated films. One can hardly blame young Guddi for fangirling over Dharmendra the way she does in the film – after all he was quite dreamy. But as the film shows us, eventually we must all realize that Bollywood is all smoke and mirrors, and life hardly plays out the way it does in films. Harsh, but true.

Stanley Ka Dabba (2011)
This sweet, sad film created by the maker of the aforementioned Taare Zameen Par stars young Partho Gupte as Stanley, an imaginative and popular young boy who does not bring a lunch (dabba) to school with him every day. Though his friends are happy to share with him, their greedy Hindi teacher has other ideas. Fresh, simple and heartwarming, Stanley Ka Dabba has a bittersweet revelation at the end, and the story and characters stick with you long after the credits roll.

Hopefully by now everyone has settled into the new school year routine. In between school pick ups and drop offs, extracurricular activities, parent meetings and homework help, life can get incredibly hectic – but when you add in the Bollywood imagery of a disco prom sequence, a fiery sari-clad teacher like Sushmita Sen, or a gruff (and dare I say, rather Severus Snape-like) principal like Amitabh Bachchan, school days suddenly seem more fun!