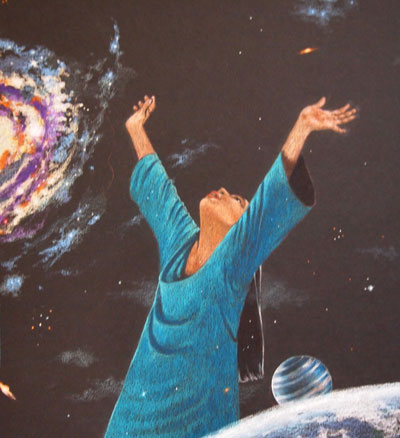 South Asians in Children’s Literature: A Book Review of ‘Astronaut Kalpana Chawla Reaching for the Stars’ 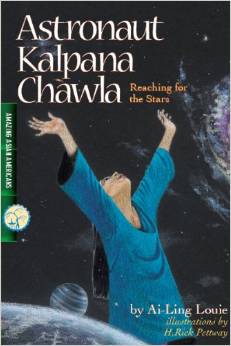 I distinctly remember a school project that was assigned in fifth grade. We were required to research and present a famous North American to the class. Being South Asian, I searched through the piles of library books to find a famous Canadian who looked like me, and who had a cultural background similar to mine.

After all, that was the Canada I knew. One that was rich with diverse races and cultures from around the world. To my disappointment, I could not find a single resource that was representative of the students in my classroom. Decades later, Dragoneagle Press’ series Amazing Asian Americans caught my eye.

The third book in their series, Astronaut Kalpana Chawla Reaching For The Stars by Ai-Ling Louie, is a book I wish had been around back when I was in fifth grade. Astronaut Kalpana Chawla tells the story of a little Indian girl who was different from her peers. Unlike other girls in her small town, Kalpana liked to wear pants instead of frilly frocks, and enjoyed learning about airplanes and judo – hobbies that were considered for boys.

Following grade school, Kalpana fought pressures from family to get married and have children like the other young women. She was determined to follow her dreams of studying aerospace engineering in the US. Her dreams became a reality as Kalpana Chawla went on to become the first South Asian American in space. 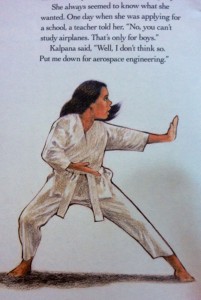 This non-fiction paperback is filled with detailed illustrations and descriptive text. Children will enjoy reading about the adventures of Kalpana Chawla with each page turn. The text is simple enough to be understood by children as young as six and interesting enough to capture the attention of children upwards of twelve years of age.

This story is not simply a biography about a famous South Asian American. The title Astronaut Kalpana Chawla Reaching for the Stars is a clever play on words; the book not only describes the journey into space by an ambitious young woman, but it also tackles issues of gender equity in South Asian culture.

It portrays a character who fights to follow her unconventional dreams and works hard to achieve them. As the author Ai-Ling Louie describes the challenges faced by Kalpana Chawla and the mistakes that lead to lessons learned, the reader inevitable finds himself or herself connecting to the very real character. 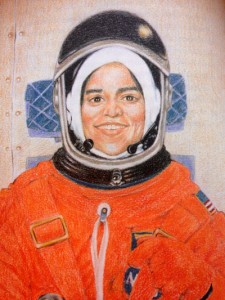 Astronaut Kalpana Chawla paves the road for the future of non-fiction children’s literature. It is the first South Asian children’s biography. The books that line library shelves are undergoing a major transformation. Diversity in children’s literature means that future generations will read books about characters that are similar to themselves.

This simple representation gives children an incredible sense of pride about their own culture, which plays an undoubtedly critical role as they develop their own cultural identities.

Masalamommas and Dragoneagle Press are partnering up this month to giveaway 3 copies of Astronaut Kalpana Chawla Reaching For the Stars to 3 lucky readers.

All you have to do is leave your name, email (email will not be displayed)  and why you’d love to win a copy, in the comments section of this review. We’ll randomly draw three names via random.org on September 30th, 2014. Good luck! **This giveaway is only open to readers in the US and Canada.