Bindi Bains Struggled with Body Image and Fought Back 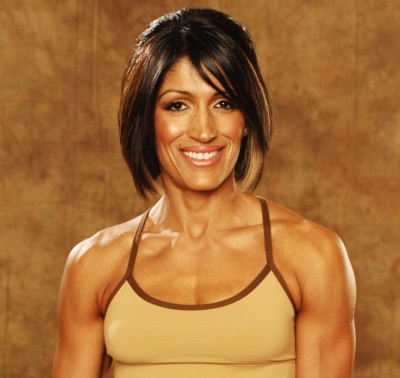 Looking healthy and young is so closely intertwined with the definition of ‘beauty’ across all cultures.  But as a 43-year-old Indo-Canadian, Bindi Bains is one woman who strives to redefine the definition of beauty as a South Asian.

As a teenager, she struggled with weight issues but failed to recognize them. After graduating from high school, and being tired of not feeling good about herself, she finally decided to do something about her weight problem. Bindi changed her eating habits and began exercising.

There was no special food, no diet pills, no magic wand.  She realized then, that she needed to make this way of living, a lifestyle and not a temporary solution. She lost weight and became comfortable with her body composition.

At 31, she had her first son, and there it was again, all that unwanted weight.  Bindi says she  was so afraid that since she had been heavier as a young woman, that she may not be able to get her ‘pre-pregnancy body’ back after childbirth. But she  was wrong.  Today Bindi  is one of the top ranked female bodybuilders in Canada and last year, placed first place in Women’s Open Figure and third place in Women’s Masters.

I had a chance to talk to Bindi about her journey and the message she hopes to send other moms, moms-to-be, today.

How old were you when you first started training to become  a bodybuilder?

I was 35 when I first started training for competitive bodybuilding. My passion for the sport arose when I was in the gym trying to get my ‘body back’ after my first child. I saw some women practicing their posing for a show and became very interested. I told myself that day that I would do a competition someday.  A few years later, I became pregnant with my second child. As soon as my younger was a year old, I started preparing for my first competition. I entered my first show in November 2006 and have never looked back.

What made you decide to make this a priority? 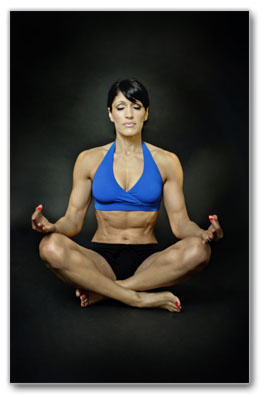 After having much success at my first competition and seeing how much it helped my self-confidence, I decided to continue this passion of mine. I realized that women over 35 with kids still have the opportunity to not only get in shape after pregnancy, but go much further. Bodybuilding became such a regular part of my life and I continue to do shows on an annual basis. For me, it keeps me grounded, focused and very disciplined. I could never go back to the overweight, unhealthy woman I once was. The feeling I get when I’m on stage is unexplainable. No matter how difficult it can be, my drive to do better than the previous is always there.

Who were some of your mentors?

Growing up, I wasn’t really into sports or fitness much, so I didn’t have mentors in this particular field. But as I became more interested in working out, I remember wanting Madonna’s physique as she was so fit. I also recall watching Terminator and seeing Linda Hamilton’s extremely ‘ripped’ arms and becoming a huge fan of hers. I think it would be fair to say that my parents were my mentors as they always supported my choices in life. When I decided to pursue bodybuilding, my dad was extremely proud and backed me up all the way. Being a very conservative culture, this type of support is not common among South Asian parents, so I believe I was very fortunate to have had my parents’ support.

Do you think there’s stigma in our community amongst women to get active, to stay fit?

As far as a stigma among women in our community goes, I think that more empowerment is definitely needed. Women in our community have been known to be the nurturers and caregivers in the household, so there has not been much time for fitness in their lives. I believe that it this is slowly changing, but we still need to further promote health and fitness among South Asian women. I realize that being muscular is not favoured by all in our community as South Asian women are generally appreciated with a full-figured, curvy physique. I don’t think everyone needs to be muscular or ‘ripped’, but being healthy and fit does not always involve looking that way. For me, it’s a personal choice and I appreciate having some muscularity.

What do you tell people who say you went back to the gym too early after your son was born? 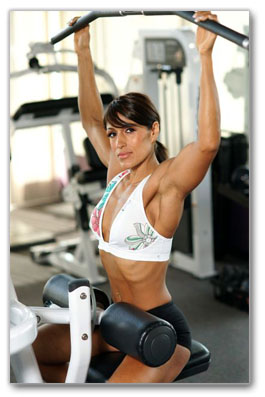 If someone said that I went back to the gym too soon after my son was born I would tell them that it is my choice as a mother to get myself back in shape. I believe that if I am not happy with my outer self, then this will negatively affect my inner self. And if I am not content with the person I am, then what good am I to my child? How could I truly be a good mother? I think women should go back to the gym only when they feel ready and in my case, I WAS ready when I went back.

Can you describe a day in the life as you with your regimen?

A day in the life of me: Well, I get up in the morning and get my kids off to school. Then, I usually have breakfast and get ready for my day. I head to the gym to train my clients and if possible, I come home in between to prepare dinner.  If I’m fully booked, then my husband fills in those duties. Somewhere in the day, I get my own training and cardio in too. I try to get all my meals in during the day around work.

Then, once I get home in the evening (usually around 8pm) I try to spend some time with my kids and then tuck them in. This is a very general day, as no two days are alike in my field of work.

What has been the highlight of your career in as a body builder? 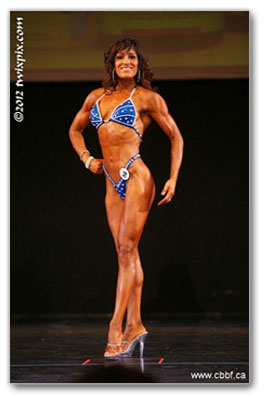 I would say the highlight of my career in bodybuilding was probably during the Nationals this past year. I had lost both my parents just prior to the 2013 Canadian National Championships in August. Getting ready for this competition was very difficult but I managed to not only participate, but I came first in my class in Open Figure.

I felt very proud to be able to share this achievement with my parents watching from above. Another reason why this win was especially rewarding for me was because I was not just competing with women in my age category, but younger women as well and with those who have not had kids. This was a great moment for me.

What do you do now to help other South Asian women?

I became a personal trainer so that I could help others who struggle with weight/health issues as I know what that feels like. I especially have a passion for helping South Asian women because I feel the need for fitness/health education is lacking in our community.

What I do as a trainer is create meal plans suited to the individual, workout plans according to their fitness level and most of all I try to motivate women. I offer one-on-one personal training and very shortly will be offering nutrition and training plans online. I always encourage women, especially those with children to not give up because it IS possible to get back in shape after having kids. I am living proof of that very fact.