Talking About Cultural Appropriation in Fashion 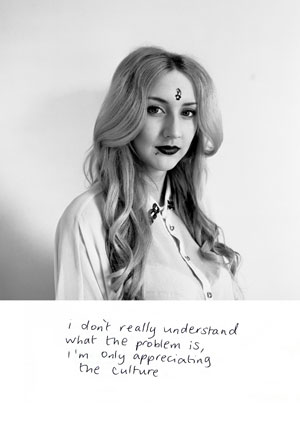 A Project that Reflects on Cultural Appropriation 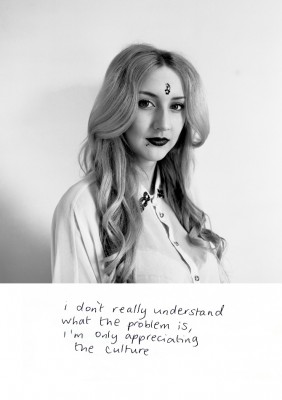 We often hear about people using cultural items as ‘fashion accessories’ and debate around what should be considered fashion continues. As a South Asian woman, I personally don’t necessarily understand why those who are not South Asian wear bindis for an accessory, and there are certain items sometimes like headresses that I often wonder, ‘hmm, should that be a fashion accessory?’

Are culturally appropriated objects worn by others outside our culture ‘offensive’?   As a mom, I’m sure my daughter will come across many people who will ask her about what she’s wearing and she too may one day have these conversations with her friends.  When I came across the project of Sanaa Hamid, I was inspired by her desire to push the issue from a  South Asian perspective.

21-year-old Sanaa, is the daughter of Pakistani immigrants  and lives in the U.K.   Her recent photography project, called “Cultural Appropriation: A Conversation” looks at culturally appropriated objects such as turbans, keffiyehs, bindis and crosses.  In her project she asks many subjects to tell her what these objects mean to them.

She often works within the theme of social politics, such as matters of multiculturalism, cultural and religious identity, gender identity and the battleground of body politics, particularly within an Islamic and South Asian context. I had a chance to talk to Sanaa Hamid, about her project and what inspired her to start it.

“I didn’t really have to “come up with it” in the sense that it was something I’ve wanted to do for a long time. Living in the west, I’ve never really felt like my generation of young South Asian women have the visibility they deserve,” said Hamid.
“Women are always central to political debates and I am fed up of men talking about women’s issues, when they know nothing about what it is like to exist as a woman.  So this project started based on me rejecting our bodies as merely political pawn, hence the title! It’s a response to Barbara Kruger’s piece, ‘Your Body Is A Battleground’.”
In her photography project she speaks to many South Asian women and continues to have conversations about our South Asian diaspora. 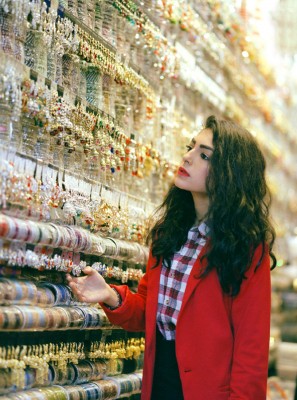 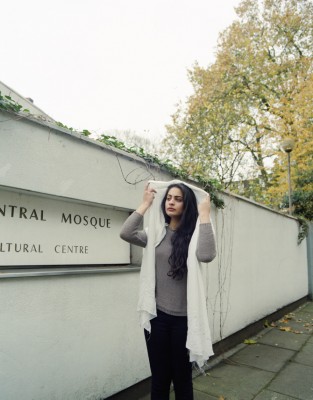 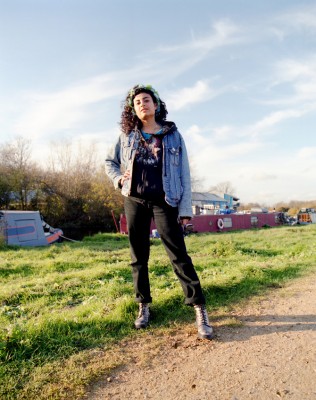 “A lot of them feel a little lost within the diaspora, not South Asian enough for their family, not Western enough for their environment. The work is almost like a self-portrait, using other girls,” said Hamid.  “I see so much of myself and my internal battles in their eyes.”
She says much of this personal battle is due to the fact that like our own generation, the only access to the culture is through her family.
“So it’s kind of this filtered down, second-hand culture that I’ve never really experienced fully. This element will be important in my work when I am in Pakistan. The last time I went, I was a grumpy 12-year-old with little desire to embrace the culture, so this time will be different!”
“The role of a woman in South Asia is something I want to look into a bit more, particularly the notion of body ownership and the cultural restraints on a woman’s ability to make certain decisions about her appearance,” said Hamid.  “The threat of being a woman is also something that has been discussed a lot recently. The issue of rape in South Asian countries isn’t exactly new news, but I feel like something clearly needs to be done in the way boys are raised and taught.”
She goes on to point out that even as a young woman today, street harassment is an emotionally exhausting and terrifying experience for women, yet men are not taught to respect women. Women should not have to alter her life to prevent harassment – it isn’t our job to self-impose curfews and route alternations on the way home and stay with a group of people at all times to feel vaguely safe! Something is culturally wrong in the way boys are being raised.
Sanaa has launched a kick-starter campaign to help support her project which she hopes to expand through travel to Pakistan as well.
“To be honest with you, I was doubtful about how successful the campaign would be, and only did it after some persuasion from friends and tutors at University! I am absolutely in awe of the people who have pledged to be and supported me so much and have made this project possible,” said Hamid.  “I’ve had so many emails from South Asian women, including a sixteen-year-old girl from Pakistan who told me that my work makes her think “some steps have been taken” in creating a narrative for today’s South Asian women. Just knowing I’ve sparked something in these women is very humbling.”
She says more South Asian women need to be more visible and speak out.
“I know of a lot of passionate, progressive women. The problem is they are just not visible enough. They need to be able to gain platforms to be able to speak out, otherwise sad stereotypes about religion and ethnicity will remain in Western society.”

Sanaa is now over the initial pledge target and the kickstarter campaign ended, which means she will be able to travel to Pakistan next month and photograph some of the young Pakistani women who have contacted her. 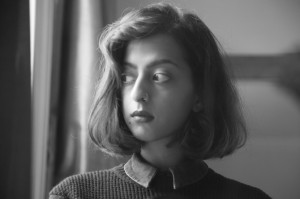 She says her mom has played a big role in who she is and despite a generational difference, her mom is slowly embracing her views.

“She is such a sweet and powerful woman and we’ve both grown together. She occasionally rolls her eyes at me when I go on a feminist rant but I’d like to think i’m opening her mind a little bit…My series “Through Her Eyes” was actually about my relationship with my Mother as a metaphor for my culture.”

“For some reason, there’s something particularly precious about a mother-daughter relationship for South Asian women, as if mothers have this intrinsic understanding of their daughters without even trying. Just the sheer power and beauty of a group of South Asian women who share the experiences of existing in contemporary society…there’s something so majestic about it! My mama is the main reason I work so hard, making my parents proud always feels like my greatest accomplishment. They’ve always been incredibly supportive of my photographic work.”

“Of course. South Asian kids should feel proud to wear their own clothes and be able to integrate it with Western clothes, but often they are embarrassed to do so. I am almost 22 and I’ve only just started to feel comfortable to do so, out of fear of looking “too” different and out of fear of being judged,” said Hamid.

Fashion and culture/religion is problematic when it is a culture unrelated to your own which is manipulated, which often happens in Western fashion trends. I find it most offensive when a historically oppressed culture is appropriated – that is just cruel.

You can learn more about Sanaa at: www.sanaahamid.com