What’s In Your Name? A Mom’s Decision to Keep Her Maiden Name 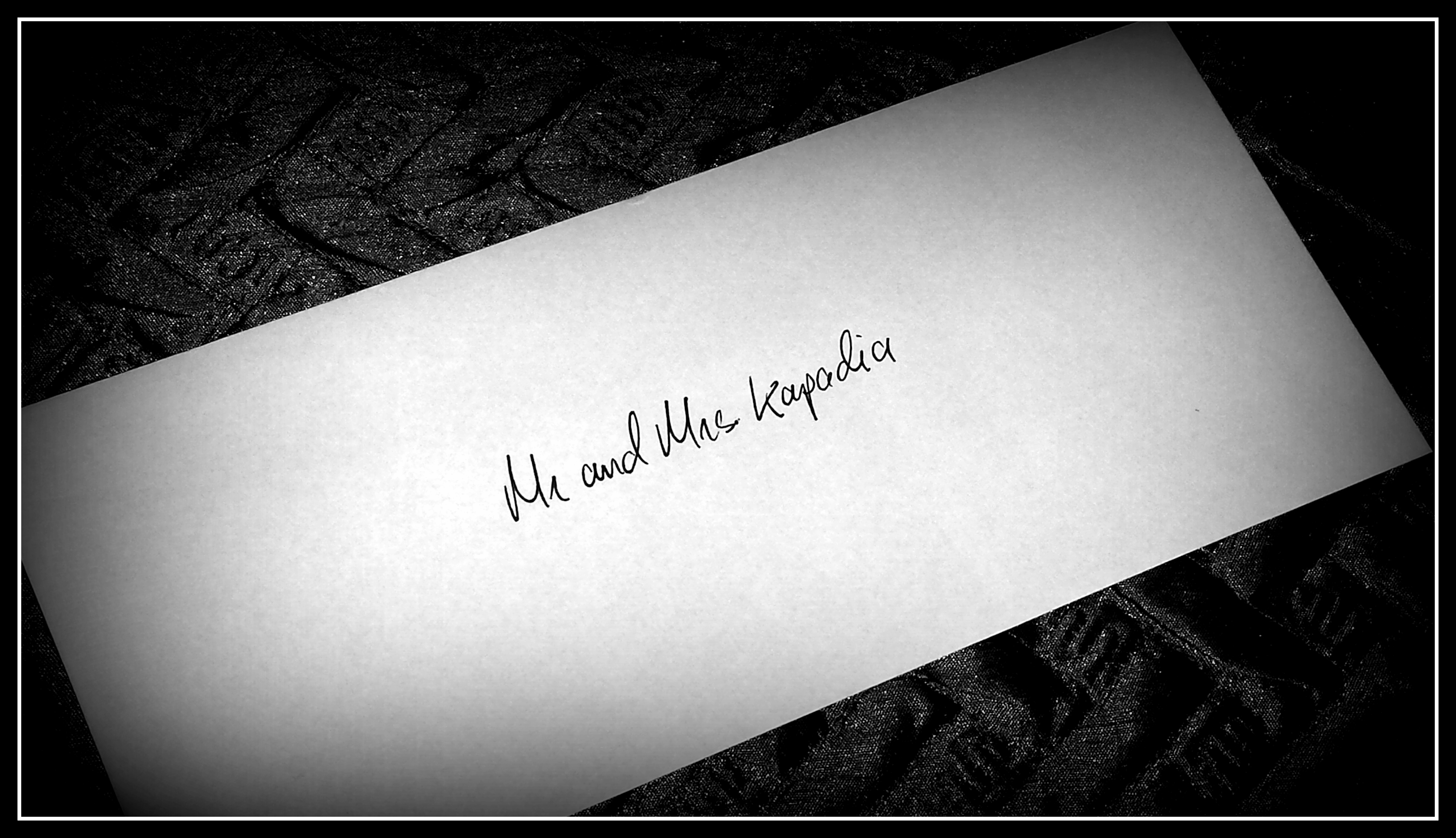 I am in a “last name” conundrum. Since becoming a stay-at-home mom I find I am letting go of (what I think are) my independent almost feminist values and accepting the more so-called traditionalist ones. It’s kind of interesting because while I was a working mom labels such as modern, forward thinking, strong, were easily attached to me no matter if I actually felt that way or not.

But I was ‘accomplishing’ something tangible so it was looked on with pride. It was easy to hold my own, especially in the ‘real’ out of home world of Men. Each day felt like I was winning the battle for feminism, the subversive woman fighting against the norms of a typical South Asian society. So when I became a stay at home mom, initially it felt like a defeat.
I clearly remember being 15 years old and having a strong sense of self. My family and I were on vacation in Florida to attend an uncle’s wedding. Extended family from my father’s side gathered from all over and suddenly

I was surrounded by people sharing the same last name as me. Many of whom I was meeting after years. They were all impressed at the mature young lady I was becoming and that made me feel even more confident. The opinion of family, even those I hardly knew, meant more to me than what strangers thought (I am usually highly conscious of outward impressions). 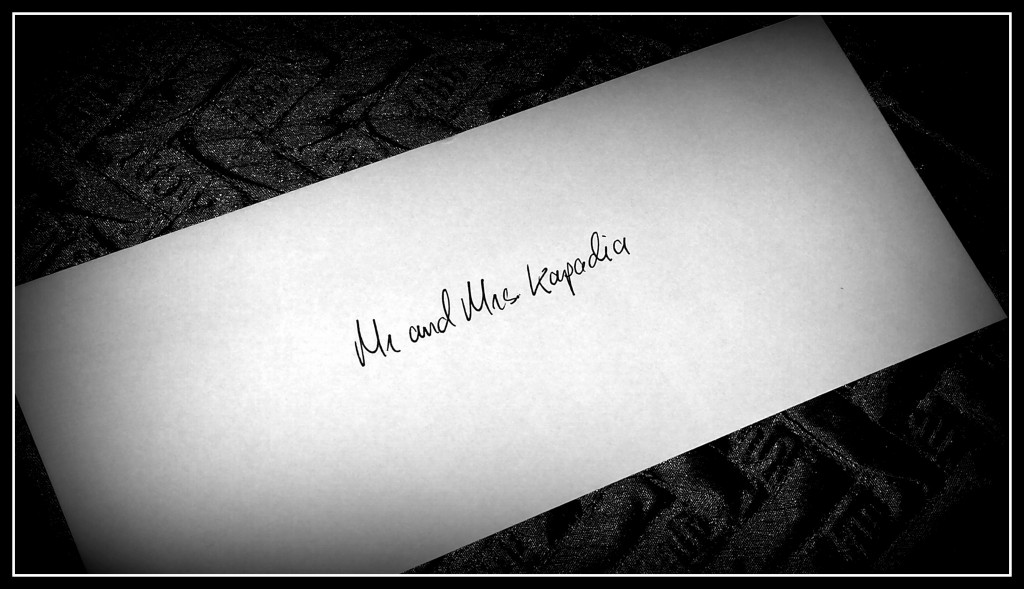 After spending some time laughing and bonding over ‘inside’ family jokes, it was then that I became acutely aware that I was very proud of where I came from, proud to be in the company of my relatives and it was the last name that brought us all together. That summer I connected with my last name and the identity it reflected in a way I did not think was possible. Honestly I think I fell in love with my own last name and I knew there was no way I was ever going to change it, not for anyone.

Of course it helped that my mother had kept her maiden name as that was the norm in Iran where she grew up. Technically speaking, according to my religion after a woman is married she is supposed to continue to keep her father’s name as that indicates her lineage. There is no compulsion to take on your husband’s name. Of course, there is no harm in being referred to as the wife of husband ‘insert name here’ either (why would there be?). Taking the husband’s name is purely a cultural tradition brought on mainly by Western influence. 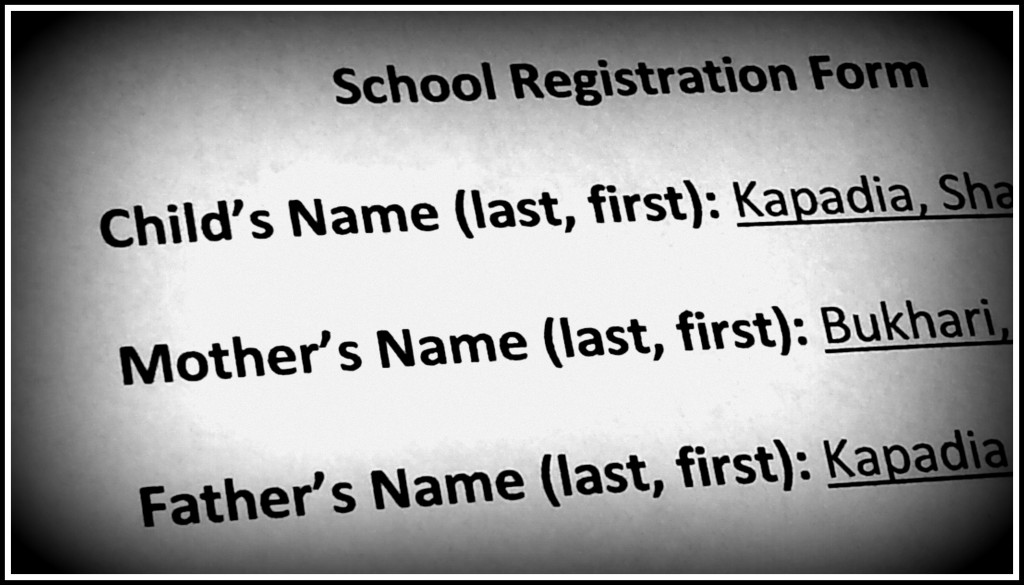 Sure, it is practised widely across various cultures, but there is no legal requirement (at least not in the countries I have lived in thus far). This point has been one of surprise to many young women I know in Pakistan, who just assumed it was the law. Since my paternal side of the family is from the Sub-Continent, the culture there (owed to British Colonialism) is very strong on taking your husband’s name, of course. Which is why I always thought it was very ‘cool’ and open minded of my father to agree to my mother exercising her religious and frankly speaking, personal choice. This was definitely a first in our family as far as I know.

It is one of many ‘religion vs. culture’ debatable issues that can go on forever but I am not going to get into that today. As far as I am concerned, when you remove the ‘obligation’ part then it becomes freedom of choice. I do not see any issue in anyone taking on their husband’s name (as long as the wife to be has an understanding and agreement on the matter) even if it is a cultural thing, since majority of the world seems to practise it, so why try to make difficult our already busy and complicated lives. From a religious stand point, as long as I don’t claim that my father is someone he is not, we are all good with The Big Guy Upstairs.

In regards to my own personal choice, I had decided then at age 15, that when it came to marriage, whomever that lucky man was going to be was definitely going to have to be ‘cool’ with me keeping my own last name. No one could ‘make me’, there certainly weren’t any legal ramifications of not doing it and lastly it suited the ‘feminist’ in me just fine. 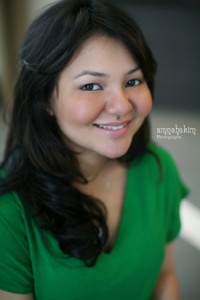 So I met the man of my dreams and before he proposed I admittedly romanticised the idea of ‘being his’ and would scribble my first name and his last name with hearts around it (we all have our embarrassing moments). Though I do love the way his last name sounds. I stuck to my guns, however. We got married. I signed the Nikah Nama (marriage contract) with the same name I was given at birth. My identity was still intact both professionally and in my new home. Sure, socially I became a ‘Mrs. Husband’s last name’ but legally thank God for the ‘Ms.’ option which I could tick away without suddenly usurping my paternal grandmother’s identity (since my mother had not).

Digitally speaking, I resisted the urge to modify my Facebook account with a hyphenated double barrel name. Another reason that option would not have worked on paper is that altogether that would be 21 letters. Have you seen the number of boxes on document forms? I never stood a chance. My email stayed what it always was, however in a moment of weakness I did add on the hubby’s last name in the account info. So if I ever email you it will probably say “You have mail from ’7 letters space 7 letters space 7 letters’”. Apart from that, life was otherwise easy breezy. This round went to feminism. Yay.

A few years later, I had a baby, moved to another country and became a stay at home mom. I no longer had my professional identity and it had been 7 years since I had previously lived in this country, so even my personal identity was something that needed to be re-established. A lot of changes were brought on all of a sudden, and I felt lost for a little while defined only by my husband and child; outnumbered by the last name. With each doctor’s visit and now preschool visit, I was being referred to by my child’s last name. It was naturally assumed and why not as there are still far too few of us keeping their maiden names. 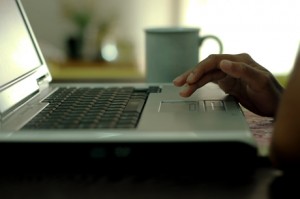 Also it seemed to ‘go’ with my SAHM status which screamed ‘traditional’, ‘conservative’ dare I say ‘submissive’. Labels that I do not describe myself as but I know the Career mom version of me just a year ago would have pegged me for. Silly, silly, silly stereotyping I know, but when in a position of feeling unsure, insecurity suddenly creeps up on you.

As I write this , I have had a sudden revelation that I shouldn’t let my past career define me (which it did while I was working), nor should I let taking caring of my child at home define me either. Those are things I did or do but it is not who I am. I need to find ME again. That self-assured 15 year old needs to talk some sense into this flailing former feminist-ish me. Of course I will always be my daughter’s mother, and my husband’s wife but now more than ever, I need to be defined by ME and just for that, before I forget again, I think, nay I KNOW I will continue to keep my last name.

Have you ever struggled with the decision to keep your own last name or to take on your husband’s?


Was it a choice that was discussed? Did you romanticise the idea or did you feel culturally bound? Would love to hear your views!