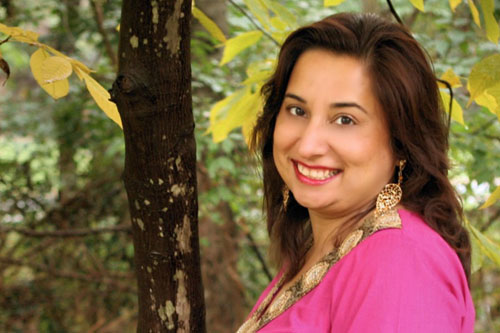 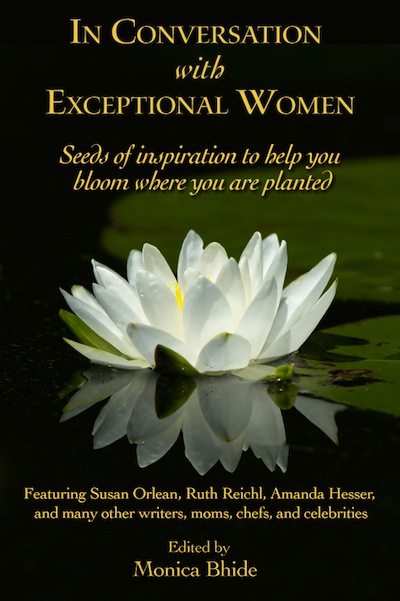 If you’re looking for  a bit of inspiration to go with that cup of chai you have in your hands, we’ve got the perfect companion.
Powerful and insightful, “In Conversation with Exceptional Women”, written by Monica Bhide, compiles reflections from over 50 influential women (writers, chefs, photographers, moms) on developing – and thriving – as a creative professional.

Bhide a renowned cookbook author and a mother of two boys,  says this  ebook grew out of a series she started on her blog, in which she interviewed women who inspired her including Susan Orlean, Ruth Reichl and Lynne Rosetto Kasper.  These real-life conversations are practical, thought-provoking and humorous.  She talks to them about how they got started; what inspires them; what advice they’d give to their former16-year-old selves; and how they stay motivated to keep on creating. In this book, Bhide has brought together this diverse group of fellow writers, chefs and assorted foodies to candidly discuss how they successfully balance their personal and professional lives.

We had the chance to talk to Monica about her new book and her experience with her interviewees.

What inspired you to produce this book as someone whose mostly written cooking books in the past?

It is true that I have only written cookbooks in the past but I do a ton of lifestyle writing and this seemed to be the right path for me. I loved interviewing some of these women for my site and the reader response was tremendous. So I thought I could take it a step further and interview more women and create a book. And I did just that!

How did you decide who you thought would include in your book?

They say you should write the book  you always wanted to read, so I did! I wanted to talk to all the women around me who are so abundant and blossoming in all that they are doing. I wanted to reach out to them and asked them how they succeeded, what advice they would give me, what had they learned from their life. I asked 55 women and they all agreed to be interviewed. I selected women who had personally had an impact on my life. I could have reached out to women whom I don’t know personally, but I don’t feel that the book would have had the same connection. The women I picked are exceptional because they are abundant and always share that abundance with the world. The book is about filling your well as a creative professional. You read a little every day to help inspire and motivate you.

Why was it important for you to highlight advice they might give to  their 16-year-old self?

Your differences do not lessen you.

Who was your most surprising interview and why?

I adored speaking to Saira Mohan. She is a world-class model with such super success and yet she is so humble about it.

You’ve said this book is meant to be inspiring for women, what do you think mothers can learn from these inspiring women?

I think everyone will take away his or her own lessons. But, overall, I hope it will inspire people to follow their dreams

How do you juggle being a working mom?

I try to take one day at a time!

What advice would you give to someone looking to make a career in food  writing? 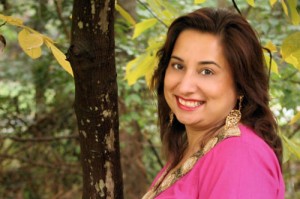 Born in India, her highly praised first cookbook, The Spice Is Right: Easy Indian Cooking for Today (Callawind Publications, 2001) is a collection of mouth-watering menus tempered with her up-to-date touches on classic Indian recipes. Monica’s cookbook, The Everything Indian Cookbook: 300 Tantalizing Recipes–From Sizzling Tandoori Chicken to Fiery Lamb Vindaloo (Everything Series) was released in May 2004.  Monica was the recipient of the Susan B. Langhorne Scholarship for Food Writers at the Symposium for Professional Food Writers in 2004 and the runner up for the 2005 award.

In addition to her writing, Monica owns and operates her own cooking school, which has been featured in Bon Appetit. While the cooking school now only offers private, small-sized classes, Monica enjoys teaching cooking nearly as much as she does writing about it. Monica also sponsors dinners at various Indian restaurants–in 2005 she did a dinner on street foods; in 2006 on regional Indian food.