Writer, Activist Anushay Hossain On Challenges of Being a Working Mother 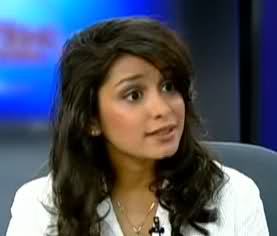 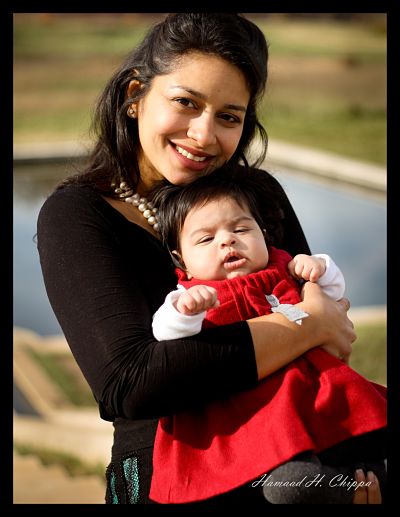 When Anushay Hossain, a full-time author, commentator, writer and activist based in Washington, D.C.  got pregnant at 31, she spent a lot of time thinking about how she would balance both a career and motherhood.  She spent hours thinking about her maternity leave, childcare and how she would manage it all.

“I was so scared of motherhood my whole life that I researched it, spoke to so many people and wrote about it before becoming a mother myself,” said Hossain.  “I was really passionate about my career but I wanted to have both. I think with most modern women I wanted to have it all. I wanted to have the marriage and the baby, but I didn’t want to fall into this trap of giving up on my career.”

Immersing herself in her pregnancy and the challenges that she was aware would come made her realize it’s not the choice to have children that’s to blame for a working mother’s challenges. It’s the world we live in.  She says society doesn’t make it easy to be a working mom, especially in some parts of the world.  After Hossain gave birth, she was physically exhausted and managing a recovery from a c-section.

“I was talking to a girlfriend saying that I thought it was physically impossible to do what was expected of me, of any woman after she has a baby. There’s the pregnancy itself, then the labor, which comes with its own set of complications, but there is barely anytime for recovery. As soon as I told people I couldn’t do it everybody was there to help me. I think most women don’t admit that because they think it’s naturally expected. I think that the expectation is completely unrealistic and you have to ask for help. I actually just wrote about this, but I really believe women need to complain more.”

She adds in the US, maternity leave is basically non-existent compared to other parts of the world, leaving women like her little choice but to drop out of the workforce. In the US employers are legally required to give three-month maternity leave, but it is not always paid. Hossain’s role as an advocate involves analyzing the impact of U.S. foreign policy on the health and rights of women around the world and developing programs and actions around those issues. She says resources for working mothers are not given the investment they deserve. 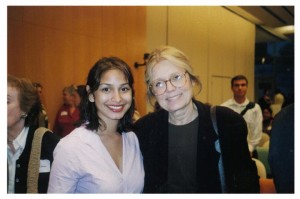 “Canada gets a year off, Australia gets two years off, the UK gets a year off and in America because I think its such a capitalistic society that really there’s no justification for it. Basically you’re punished as a woman. You really are, because eventually you either have to drop of the workforce out or you have to find some kind of support. Not only that, but a lot of women aren’t getting paid leaves and they don’t have don’t have the resources to get childcare or a nanny. It’s really difficult to get your child into one of the daycares. I walked around at 3months pregnant trying to get on a waitlist. It’ s like a lottery system. You really are on your own. “

Hossain admits, what saved her sanity was having her family around her.

“I have my sister here, my in-laws here, my mom came and stayed with me for a month, and my husband is very hands on. So I really am lucky. But I also ask for help. I am not embarrassed of it. No point trying to act like you’re doing it all when you can’t manage to do so, especially with a child involved.”

Born in Bangladesh and married to a Persian-American, Hossain says the mothering process for her own mother was completely different.  She says in the Indian Subcontinent, mothers have different support networks, something that’s part of the culture.

“Back home in Bangladesh you have tons of help,” said Hossain.  “My mother had her mother plus her mother-in-law living downstairs, and you have domestic help. In Bangladesh women have so many options. The domestic service and help there is part of our culture. Usually you’re living with your family because joint family is part of our culture as well. Having someone to watch your child isn’t the problem. Having the best person to watch your child, that might be a problem.”

Hossain adds that while maternity leave is not long in India comparatively support allows for a different balance.

“The days are shorter so you’re not working the long hours. You can be back at work the next week. But I think the stigma back home is giving your career more priority  above your kids. You’re definitely expected to be a wife and mother above all else.” 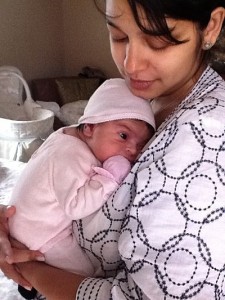 Hossain says being a mom has changed her perspective on her reasons  for working.

“When my mom started working I was so young and it really affected me so much. Her career shaped who I am. It’s really important for me to have my daughter see me work and to see me contributing to the income of the family.”

Today, whether it’s her upbringing or her own culture, the challenge for her is to ensure everything she does as a working mother makes sense for her daughter’s well being.

“As a new mom, I am constantly reflecting on my own childhood. I’m always going back and kind of picking out things my parents did that I want to pass on, or things that happened in my family that I do not want to repeat in my own family. It’s such a period of heavy reflection, like editing your life really. I am thinking about the things that I want to pass on to my daughter and the things I don’t want her to experience. My husband’s family is Iranian, I am Bangladeshi, and we both have these cultures that we’re bringing into our child’s life. I want her to have the best of all worlds.” 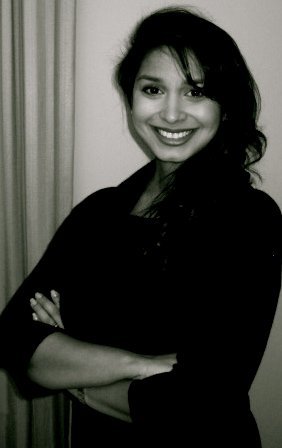 Bangladeshi-born Anushay Hossain is an author, commentator, writer and activist based in Washington, DC. She founded Anushay’s Point in 2009, and her work is regularly featured on Forbes Woman, The Huffington Post, Ms. Magazine Blog, Feministing, National Public Radio (NPR), The World Bank Blog, and The Washington Examiner.

Anushay began her career as an intern at the  Bangladesh Rehabilitation Assistance Committee (BRAC) where she worked on micro-finance for women in her native country, Bangladesh. A University of Virginia graduate, Anushay joined the Feminist Majority Foundation’s Nobel Peace Prize nominated Campaign for Afghan Women prior to completing her MA in Gender and Development at the University of Sussex. She spent a year at the United Nations Development Fund for Women’s (UNIFEM UK) London office before returning to Washington, DC where she invests the majority of her work analyzing the impact of US foreign policy on the health and rights of women and girls around the world.