Conceivable Dreams: One Couple Makes the Case for Open Adoption 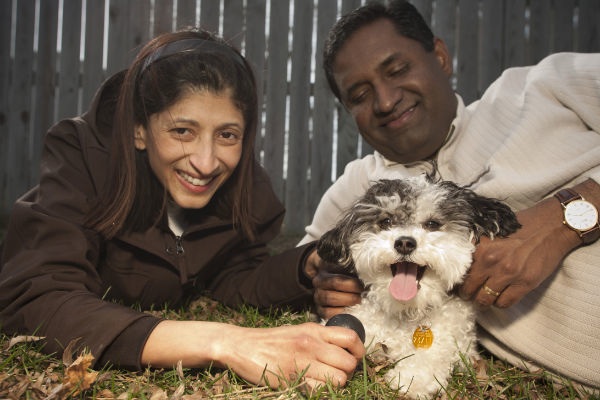 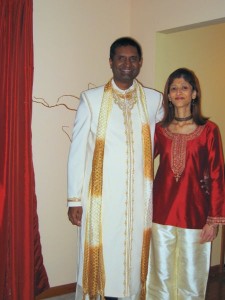 Don Paul and Preetha Bhat met in college while in graduate school in India. They came to the U.S. in 1995 to pursue PhD programs.  Don went to Texas A&M University, and Preetha went to University of Florida.  After graduating and getting jobs, they decided to get married and settled in Bloomington, Illinois in 2001.

They have been happily married for ten years and continue to be best friends. They both immigrated to the United States from Chennai, India 15 years ago. Like many parents, they decided it was important to complete their education and retain successful jobs before deciding to have children. Preetha never expected that fertility would become an issue. They started trying to conceive in their mid-thirties.

After a few months of trying, they decide to seek medical help and found that Preetha had endometriosis and PCOS (Polycystic Ovarian Syndrome) that made it extremely difficult to conceive naturally.  Don and Preetha went through three IVF cycles. The first one worked.  Preetha got pregnant but unfortunately lost the baby in the first trimester.  The subsequent IVFs did not result in a pregnancy, and after the third one, they decided to stop because it was getting too stressful.

Adoption was always an option for Preetha who always wanted to adopt even if she conceived naturally.  We had a chance to talk to the couple about their desire to adopt and the challenges of doing so.

Tell us a little about your “mixed marriage.” 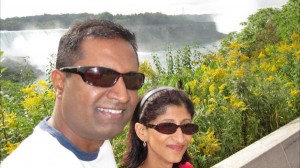 It is sort of a mixed marriage since our respective families follow different religions, but we are both very open when it comes to religion.  We go to different places of worship including churches and temples, and we give more importance to values than following religious rituals blindly.

What made you decide you were ready to be parents?

We always talked about being parents but somewhere in our mid-thirties we realized that we would feel more fulfilled if we had someone to love and look after.  At that time, we were doing well in our careers, we were financially very stable, we felt we were emotionally mature, and we were healthy, so we felt ready in many ways to be parents.  Of course, we continue to feel this way.

You waited sometime before trying to conceive.  What was important to you about waiting and why?

There were many reasons why we waited. One of the reasons was career related. Both of us started new jobs in our early thirties.  We wanted to do well in our career, so we put in a lot of time at work.  We felt that that was not a good time to start a family.  Another reason was that both of us were healthy and there were no infertility issues on either side of our family, so, at that time, we felt confident that we would not have problems starting a family even if we waited a few years. 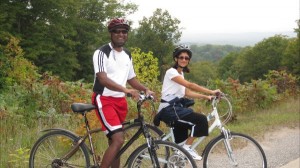 Do you have guilt associated with that?

Although we believe everything happens for a reason, there are times when at least one of us feels a bit guilty about waiting so long to start a family.

What things do you wish you’d known prior to this process?

We wish we had a better understanding of the odds of getting pregnant through fertility treatments especially for women over 35. Our doctor was very optimistic, so we felt confident and hopeful that it will work out.  If we had known how unpredictable it would be or the amount of medications and shots Preetha had to take, we may not have gone down that path.

Why was adoption something you have always considered as a viable option?

Especially for Preetha, adoption was always a viable option.  When she was ten, she and her mother spent a day at an orphanage in India, and that experience had a deep impact on her.  Since then, she was always talking about wanting to adopt regardless of whether we have a biological child or not.  We feel that adoption could be a win-win situation. We could fulfill our dreams of being parents, and a child could get unconditional love and a happy home.

Are there misconceptions in the South Asian culture about adoption and those who do adopt in your personal experience?

Especially among the older generation, there might be some apprehension about adoption primarily due to lack of knowledge and the media.  Given that most adoptions in countries like India tend to be closed adoptions, the concept of open adoption is probably new to them.  Among the younger generation, it appears that attitudes toward adoption are changing slowly.  I’ve been hearing more instances of people in India adopting because they couldn’t have a biological child. 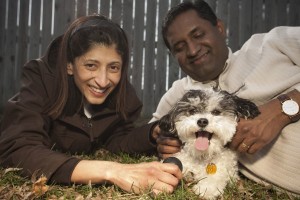 What made you decide to consider open adoption?

When we started the adoption journey, we did a lot of reading on the types of adoption and talked to many adoption consultants. Based on our discussions and research, we found that open adoption has many advantages, especially for the child. It could help answer many of their questions and also help develop their sense of identity.  We’ve always believed that it’s important to never forget where we came from, and that’s one of the reasons open adoption appealed to us.  We are more than happy to sustain the connection with potential birth parents to the extent they are comfortable.

We are currently working with Independent Adoption Center (IAC), a licensed non-profit organization.  As part of our application, we created a profile. 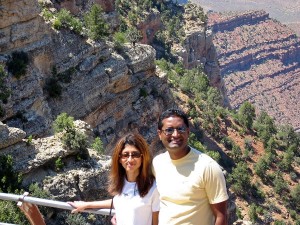 If you could give moms to be some advice about fertility, conceiving, what would it be?

Our main advice would be to not let fertility issues consume your life.  It is difficult because of society’s pressure on women to be mothers.  Try to relax and stay emotionally calm throughout the process and don’t obsess about the outcomes because they really are unpredictable.  Another piece of advice is to learn as much as you can about the odds of getting pregnant via a particular fertility treatment.  That would help set realistic expectations.  If there are spouses or partners involved, don’t blame one another, and try as far as possible to not go into a negative thinking cycle.  Most importantly, don’t pressure yourselves for the sake of society.  Having a child of your own is not the only way to be a parent.

How supportive is your family when it comes to adoption?

Both our families are extremely supportive.  They have a good understanding of the struggles we’ve been through, so they have a context as to why we are choosing adoption.  We’ve explained the concept of open adoption to them, and we’ve also explained that we could be adopting a child whose cultural background may be different from ours.  They are still very supportive and will do all they can to help us.

What is your parenting philosophy, what did you learn growing up you’d like to pass on to your child, or children?

We believe in setting clear expectations, clear boundaries, and rewarding behaviors appropriately. We do believe in discipline but not physical punishment. Depending on the age of the child, we think that giving them proper explanations for why they should behave in a certain way could benefit them. We also believe in setting good examples and “practicing what we preach.”

Growing up, we learned the importance of being honest, respecting people especially our elders, and doing the best job possible in whatever task we are undertaking.  These are some things we would like to pass on to our child (or children).

You can view Don and Preetha’s Adoption page here.

If you are considering adoption, or if you know someone who is, you can reach them toll free at 1-888-789-0176 or email at donpreetha@hotmail.com.