Gnaana: A Fresh, Modern Way for Kids to Connect with Indian Culture 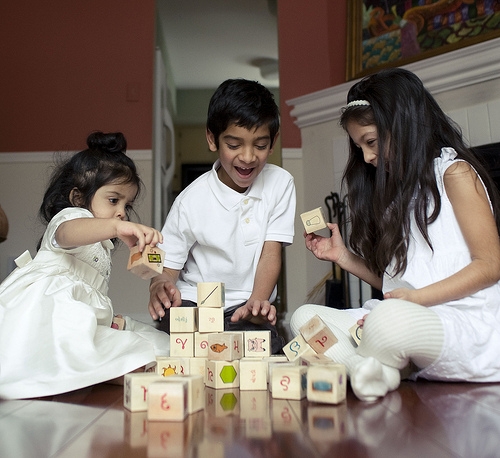 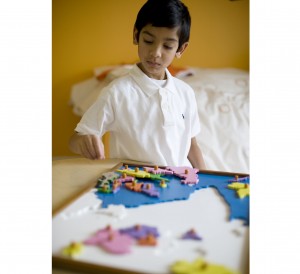 When Aruna Hatti, a full-time attorney, was pregnant with her son, Ahilan, she and her husband were living in Bangalore, India. Originally from the US, she knew she would return there so she decided to try to find cultural educational products to bring back for her son.

“I was dumfounded. I couldn’t find anything worth taking back – not even a puzzle, not even a single wooden toy.  It was very much the plastic toys imported from China or the Minnie or Mickey. I was really surprised in a country so big and with a culture so rich that there wasn’t anything engaging children could use to learn from,” said Hatti.

She decided she needed to fill this gap.  Hatti, a 2nd-generation Indian-American , took her lawyering skills and decided go venture off and become a mompreneur. That was the genesis of what would become Gnaana, which she describes as a retail website and online community centre offering busy families a way to incorporate elements of South Asian languages, traditions and histories into their everyday lives.  The site offers   a unique selection of eco-friendly, developmental toys and educational material to teach children ages 0-12 about South Asian cultures – most of which Hatti says are self-created and designed by her.

“I’ve always been interested in education but when I had my kids, I really started reading more on the subject.  I read and met with educators from all different education methods – Montessori, Waldorf, Reggio Emilia as well as traditional methods.  The Montessori approach appealed to me the most – so that’s what I focused on.” In fact she says she took her inspiration from the research and writings of Dr. Maria Montessori when developing Gnaana’s products. 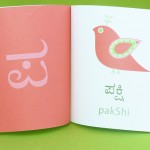 She says in putting this site together it needed to meet all needs.  “I decided the concept needed to encompass all of India – not just a particular region or language.  It would also have to appeal to Western moms and parents who weren’t necessarily Indian but were interested in learning the cultural angle since there are a lot of people that intermarry.”

She says as a South Asian mom growing up in the US, but born in Andhra Pradesh, it wasn’t easy fitting in. With Gnaana, Aruna’s mission really goes beyond the company – she’s hoping to bring more of a sense of community among Indians in North America.

“Growing up in the US, many of my friends didn’t know much about India’s cultures or religion – so it was a part of me that remained hidden most of the time,” said Hatti. “What I thought was lacking was it’s not just enough for kids to know about their culture and their religion.  If you don’t have people around  you that are also educated about it, you feel a little out of place.  So that’s the other mission of Gnaana:  making the culture and the languages attractive not only to those that are in it but also to those that are outsiders – so everyone can understand how rich and beautiful it is.” 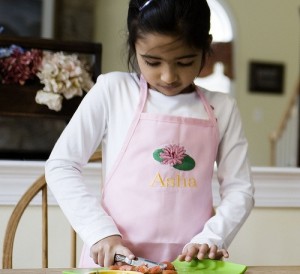 The site’s tag line is “raising multicultural children,” something that’s emitted in all the products on the site.  All products are made of eco-friendly recyclable materials like wood and tin and meet international ASTM and European safety standards. There are alphabet blocks in Gujarati, Hindi, Kannada, Telugu and Tamil, wooden puzzles, an Indian recipe Collection for kids, kids aprons (personalized in English and Indic Scripts) and books and music. 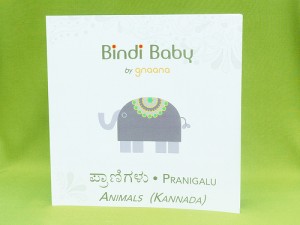 Gnaana recently launched a series of Bindi Baby books to help teach children animals and numbers in the South Asian languages.  Hatti designed the books with the help of Kate Armstrong of BellaMi Design Boutique.

“I just wanted to do simple baby books with just Indian language text. It’s something I do with my kids and I just translate the English into Telugu. I had an idea of taking the bindi which comes in all colours and shapes and morphing into different animals and objects.” 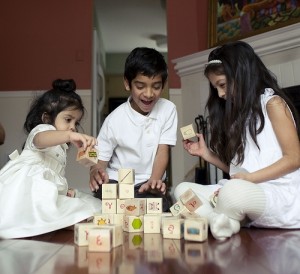 Other products include puzzles, unique books, and alphabet blocks, stationery and developmental toys – all inspired by her own interest in education and motherhood. She also has a blog which is full of insights on everything cultural a great read.

As for teaching culture to children she says introducing your child to culture as a South Asian mom is similar to learning a language.

“When you look at the learning of languages with kids, when a child is between 0-2 that’s when they’re learning language.  And you don’t even have to try very hard to teach them – because that’s when they really internalize it. By the time they’re two and a half, it’s almost like someone pushed a button, and they can learn to speak the language with decent grammar just how we do. So the way I see it, the learning of culture is just like the learning of language. It’s not something you can introduce later on, and expect them to embrace it.   It’s something that can’t just be delegated to weekends, grandparents, etc.  It’s something that has to woven into their everyday lives.  I think that’s how they understand that their culture is relevant to their lives.  That it’s necessary for their spiritual development.  So they’ll continue to find meaning and inspiration from it as they grow up.”