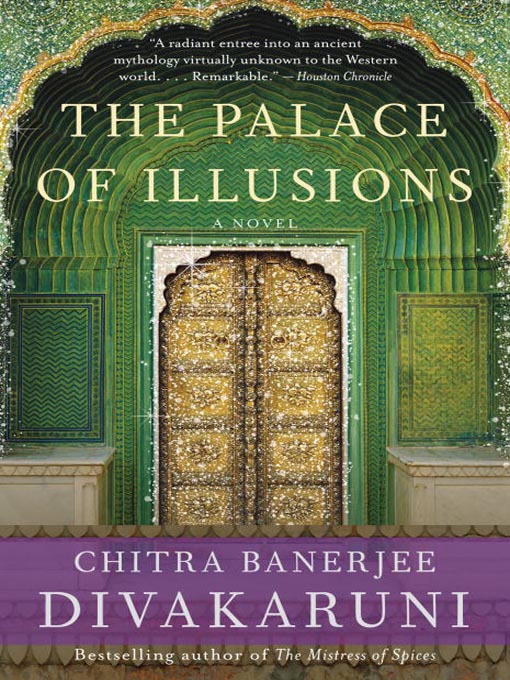 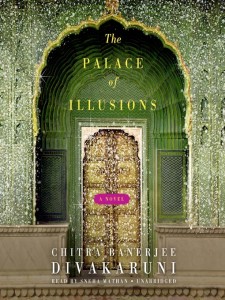 A Book Review By Radhika Kowtha

It’s Draupadi’s life story, from her birth through her childhood, dreams, ambitions, and hesitations all through her decidedly sad life till the end. A fictional autobiography offering a detailed sketch of what could have been running through Draupadi’s mind as she plays a role in an epic. A role she accepts with trepidation and immense discomfort, and grows into ultimately reveling in the knowledge that such a dramatic fate is indeed her destiny.

If each of her thought and action was a pearl, then the silver cord that strings Draupadi’s life together is Karna. Not any of her husbands, not her brother [what a fine surprising character he turned out to be!] and neither is her part as a queen, but it starts with Karna very quickly in the story and ends with Karna. As huge as a surprise that came for me, I vaguely remember my grandma’s story times from a lifetime ago, when in passing she mentions Karna as suitor that Draupadi liked and had wanted as her beau, but destiny dictated that she married Arjuna and hence on. Maybe it was just a mention in the original epic, and this author ran with the thought as most writers do with a small figment that could potentially open up some grand avenues. In this case a whole 300 page novel. Or perhaps it is indeed written somewhere in the grand novel – Mahabharatha. With the sheer volume, intricate sub-plots and tales attached to each character, it is hard to keep track on the who’s and what’s where. Maybe Karna just got lost. But then again, highly improbable considering the importance he is given and a gentleman that he’s sketched out to be.

What spurred me on in the book was the style of writing reflecting the very modern thought process that Draupadi’s voice spelled. When I say “modern” I realize I use it quite loosely. There is really nothing modern or 21st century about her thoughts. Perhaps to a slight extent in the way she was expressed and not what she expressed.

It is quite commendable to see how the author managed to squeeze in almost all of the notable small tales that are linked to the main novel. She also does an admirable job in keeping true to the theme of biography. If an event occurred without Draupadi’s presence, she’d raconte it to us in retrospect as in hearsay. Considering that Draupadi’s claim to fame is the court scene where she gets disrobed you’d think that the author would use that as a main central theme and spend a couple of chapters on describing details, but it will come as a surprise that what happens before Draupadi gets dragged off is told to us in a mere small paragraph. The emotions are vividly portrayed, but also what puzzled me was the order to disrobe and where it came from. All along in our epic and stories I’ve read and played on, it was Duryodhan who asked Dusshasan to do the needful, but here it showed Karna to utter the fateful words. Is this fiction? It should be. How else could a woman of such respect, dignity and caliber continue to yearn for such a person’s affection, and want to be an object of interest to him? Especially when she considers it to be the highest of insults and even goads Bheeshma up until the very end of his breath on why he could not prevent it, or at least condone his grand nephews.

A few situations deserving mention:
1. Draupadi and Kunti’s relationship and the typical mother-in-law, daughter-in-law tensions.
2. Her love and devotion to Krishna without understanding the whys
3. Her pride in the Palace she gets built according to her whims and fancies.
4. Loving portrayal of how Bheeshma became Bheeshma the hero, uncle and an object of envy and misunderstanding.
5. The kurukshetra and the vision she did not want.
6. Of course the grand underlying unrequited love (?) or obsession with Karna.

There are more of such little puzzles and Chitra does a fine job in filling gaps with imagination and brings in dimensional value to Draupadi. It is indeed a page-turner nevertheless, sketching a depth into Draupadi that may or may not have been there. An enjoyable read.

This article was first published on www.kowthas.wordpress.com, Radhika’s Blog. 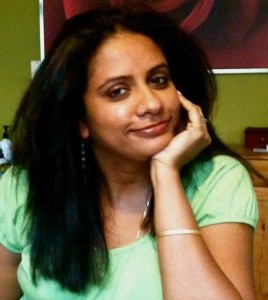 A mommy, a wife, a daughter, a sister, a good friend, a safe confidant, an entertainer, a kid at heart, a dancer, a nut occasionally, a sleuth, a chatterbox, a busybee, an artist, a designer, a fighter, an occasional nerd, a curious cat, a ranter, a planner, a manager, a fashionista on demand, a chef, a muse, an enthusiast, a gigglepot, a girl, a healer, a zealot, an admirer, a reader, spontaneous, high-spirited, sensual, passionate. Simply put: Just your average woman. Radhika lives in Virginia and has three children.