The Choice to Adopt: One Couple’s Cultural Journey 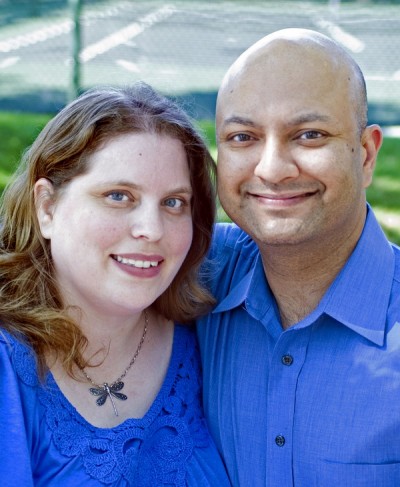 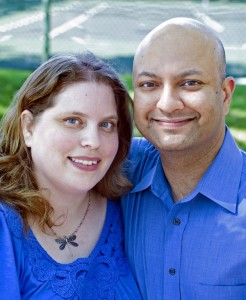 Marisa Eide’s first date with Imran Ashraf was at an Ethiopian restaurant. Imran thought the date went really well so he asked Marisa out again and she happily agreed. They’ve been inseparable ever since. After dating for two years Marisa, who was born in California and Imran, born in Karachi were married on a crisp  summer morning in Berkeley in 2005.    Like most couples they thought of waiting for a short time to enjoy married life before having children.

“I imagined what our children would look like, which of our traits they would inherit,” said Eide.  “I wondered if they would be disorganized and easy-going like me, or more studious and balanced like Imran. Would they have my difficult hair and Imran’s beautiful eyes? Eventually we decided we couldn’t wait, and actively started trying to conceive in 2006, about 8 months after we were married.”

Months passed and still there was no baby. Marisa began taking fertility drugs but says the side-effects were too much to bear and several months later the couple decided to investigate IUI as IVF seemed to be too expensive.

“We decided that we could afford to try the IUI a few times, but then we would need to re-assess our options. The first attempt did not result in a pregnancy, and the second time I responded too well to the medications which meant that if we proceeded with the IUI I might be faced with multiples (like quintuplets or higher, not twins or even triplets). This just wasn’t safe, so we forfeited that round of IUI. Our last IUI was also unsuccessful. ”

Marisa and Imran have since had very open and candid conversations about adoption. Marisa says their goal was to have a family so it didn’t matter to her if she carried a child or not. They spent the last year researching, reading, attending information sessions with local agencies, and talking with friends who had adopted, as well as friends and acquaintances who had placed children for adoption.  In October of last year the couple were officially approved to adopt a newborn in the U.S., and have been waiting somewhat patiently ever since. Masalamommas.com had a chance to ask Marisa  about the challenges of adopting and her and Imran’s journey as a mixed couple in this process. 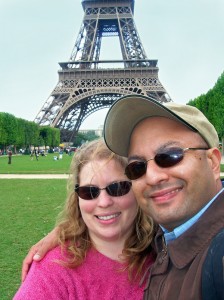 Why did you choose open adoption?

We chose open adoption because we think it’s a wonderful gift to our future child to be able to provide them with some of their background history that might be lost in an old-fashioned closed adoption. We also are really hoping that a solid relationship will develop between us, the birth family, and our child, so that we all benefit from having each other in our lives.  We chose an agency that we believe is ethical, and they did a home study to make sure we can provide a stable home to a child.  When a woman decides to consider adoption and contacts they agency, they counsel her through her choices and show her information about families who’ve already gone through the home study, and she selects a family she would like to parent her child.

How has being in a mixed marriage affected this process/journey?

At first I think we were both a little concerned about how Imran’s mom would take the news, especially since adoption is not a common practice, as far as we knew in Pakistan. But, she surprised us! After being married for a few years I think it was becoming obvious that we were having difficulties. Before we had even decided to tell her that we were considering adoption, she started asking us if we had thought about adoption! It was great reliefs to see that the cultural issues that we thought might cause some conflict were not going to be a roadblock for us.  As a mixed-couple, we never know how a prospective birth mom is going to view us right away, since we’re not a typical-looking couple. However, if anyone is passing us over simply because the color of our skin is different, then they weren’t the right birth family for us anyway.

What do you think is unique when it comes to demands and needs of adopting parents of mixed marriages?

Since we are open to adopting children of any ethnicity or race, we really need to be conscious of possibly three different cultures all co-existing in our household. This means that we have an added responsibility to our future children to teach them to respect their birth-heritage, our heritage, as well as other cultures that exist in our society. We are already a conspicuous family – people tend to remember us when they see us together and when you add in my mother-in-law to the mix, who often wears her beautiful salwar kameezes when we go out together, well, we’re unforgettable!  By already being different, we feel we are prepared to deal with curious stares, possibly ignorant questions, and other sensitive situations with grace and humor, and to protect our future children from feeling like they are outsiders.  Also, we have a very strong bond to our families, and in Imran’s culture that is very important. Imran’s mom lives with us, which is typical in South Asian households, but not as common in western families. We also bought our house at the same time as Imran’s sister and her family, and so we live directly next door to her, her husband, and their wonderful, amazing four-year old son. We really feel everyone benefits from this arrangement! 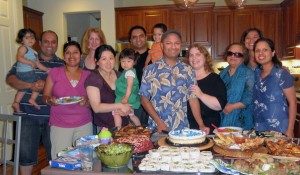 Read, research, reflect… don’t jump straight from fertility treatments to signing up with an adoption agency. Give yourself time to process everything. If you have experienced infertility there’s a book I highly recommend, it’s called “Adopting After Infertility” by Patricia Irwin Johnston. The book is old, but the first chapter or so really helps the reader work through the complicated feelings of leaving behind fertility treatments and moving forward confidently with adoption.

If you are concerned about adopting because of possible cultural or religious restrictions, take time to really research the different options. There may not be as many roadblocks as you think. There are lots of online resources out there, too. While we were researching the different types of adoption, I spent a lot of time on the pakistanadoption yahoo group and learned an immeasurable amount of information about adopting from Pakistan. It ultimately wasn’t the route we took, but the people on there are very supportive and knowledgeable.

What have you learned from your experience so far?

I’ve learned that our support system is amazing! Our families and friends have been so good to us throughout this journey. I feel like we are surrounded by love and good will!  In a more general sense, we’ve learned that there is no such thing as “just adopt” – it is a time-consuming, intense, emotional, roller-coaster. Through it all, we have faith that at the end of the journey we will have created our perfect family.

What are some of the misconceptions that are out there on this front?

A big one is that a birth mom can come back at any time to reclaim the baby. This simply isn’t true. Each state in the U.S. has its own laws about the time a birth mother is allowed to stop the adoption and have her child returned to her. In some, once she signs the paperwork it’s irrevocable, in others there is a 30 day waiting period. I’m not aware of any states with a longer period than that. Working with an ethical agency, we are comforted by knowing that any potential birth mom is counseled thoroughly, is aware of her rights, and understands the entire process.

Who have been your mentors along the way ?

My biggest mentors have been adoptive moms, adoptees and birth moms that I’ve encountered through my life. Hearing their stories and learning from their experiences has given me a huge advantage in going through this journey. I’m fortunate to be friends with many people touched by adoption.

What are you currently doing to overcome your challenges in your journey thus far?

Since we are not on a waiting list, but instead are chosen by a prospective birth mother, we need to get our names out there so as many people as possible know our story, can see what we’re like and hopefully make a connection. So, we have a website set up, a Facebook page which is updated fairly frequently, I manage a twitter account about our journey and adoption in general, and we also make sure to send out reminders to our friends and family that we are hoping to adopt, and to keep us in mind if they learn of a woman or couple considering making an adoption plan.

Has this process tested your marriage at all, and how you both work together to overcome any challenges?

I was expecting this whole process to test our marriage, but honestly it hasn’t. We figured out early-on that we needed to be on the same page about situations we are and are not comfortable with. We spoke honestly and openly with each other and have made a promise that if something just doesn’t feel right to one or the other, then we don’t go forward. It’s wonderful to know that we have each other’s full support. 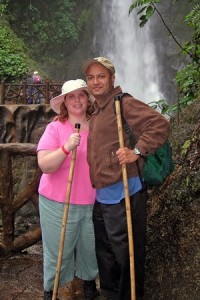 For more information about Marisa and Imran and to learn more about thier story or about their adoption process: