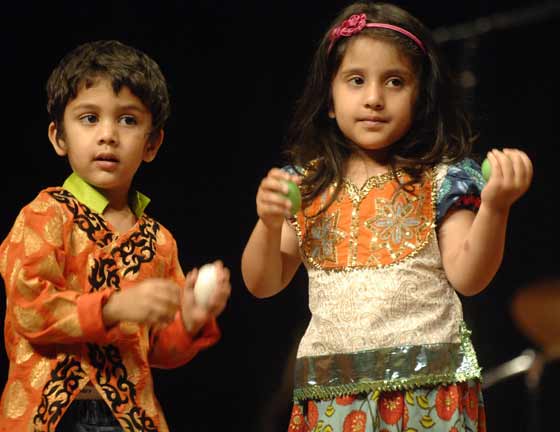 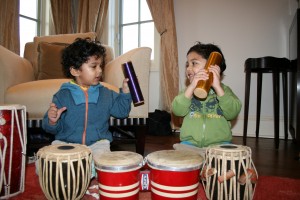 NEW YORK – Growing up, Kavita Bafana, 32, traveled frequently from her native New York to see family in India. But, when she moved there a few years ago with her husband and two four-month-old twin boys, she realized she needed to make some changes.

Having been educated in the arts growing up, Bafana saw the importance of culture. But, it was in India of all places that she saw a gaping hole for this culture: Indian classical music education.

With a partner, she started Little Ustaads, a holistic music class for children under the age of 5 that focuses on Indian classical music, instruments and culture. In a 45-minute class in 10 week block sessions, instructors teach the different rhythms, prayers and dancing that Indian culture has to offer.

“Indian classical music has a whole different system than Western music. When you go to a symphony or music concert, everyone plays with sheet music,” said Bafana. “But, the fundamental difference is that Indian music is impromptu.”

Each class generally begins with a welcome song, and then a prayer. Classes then include singing and learning foundations of theoretical classical music. This is followed by the introduction of a theme, more actions and dancing, some props and a time when the children are able to sing and play instruments – or “jam” – to new lullabies or nursery rhymes.

“It’s very interactive and the music quality is very rich,”said Bafana. “The music is produced with really good singers and themes and topics. It’s not the typical, flat nursery rhymes.” 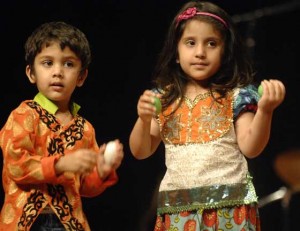 Bafana, who saw her business grow in India, moved to New Jersey to start a branch while her partner remained in India. And when she returned to New Jersey, she saw the same gap and high demand. There are currently some 7 classes running in the New Jersey Area, while Brooklyn will see its own Little Ustaads classes starting fall.

The interest and growing demand of Little Ustaads particularly shows in its wide appeal, with students ranging from different ethnicities.   While the children are not all of Indian decent, she tries to cater the classes to the participants.

“One of the main challenges is explaining the program without someone having to see a class,” she said. “It’s hard because it’s a new concept. Often, non-Indians get it faster because they’ve seen music jamboree classes. But, word has definitely spread about my program.”

As a wife, mom and entrepreneur, Bafana admits that balancing is a difficult task, although it’s completely worth it.

“It’s been very trying and difficult, especially with twins so young. I usually work after they go to bed, around 7:30pm until midnight,” she said. “I manage my days very rigorously. It’s either working or spending time with the kids – don’t try to work at the same time. But, when you love something so much, you just want to make it happen. It’s not work anymore, it’s fun.

But, success is defined not only in terms of qualitative success and new locations, but also, Bafana said, seeing her sons developing and growing through the program. Although her boys Samay and Soham are about to turn 5, she hopes they will continue in similar pursuits in the future.

“I really hope my boys find something they are dedicated to. Arts are a great medium, and especially in Indian arts, you get this wonderful byproduct of also learning your culture,” she said. “It was great for me, and it really helped figure out who I am when I went to college. It also helped me figure out what I wanted in life.” 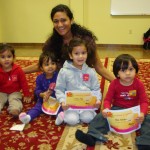 Bafana started her Kathak training at the age of 6 and has performed at many venues such as, Lincoln Center, Madison Square Garden and Nehru Center in Mumbai. Though her first passion is Kathak, having twin boys she quickly realized her classical teaching has to go beyond just dance. Hence, the idea of Little Ustaads was born. Kavita has her BA from Columbia University and MA from Northwestern University. 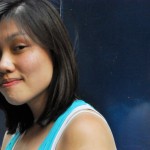 Catherine Ngai is originally from Toronto, but currently lives in Manhattan, New York, where she reports about the mining industry. She has a Master’s degree from the Medill School of Journalism at Northwestern University and has been published in the Wall Street Journal, Reuters, National Geographic and MarketWatch.    While she’s not busy meeting new people,
she enjoys playing piano, traveling and learning new languages.