“Why Arranged Marriage?” You Ask. 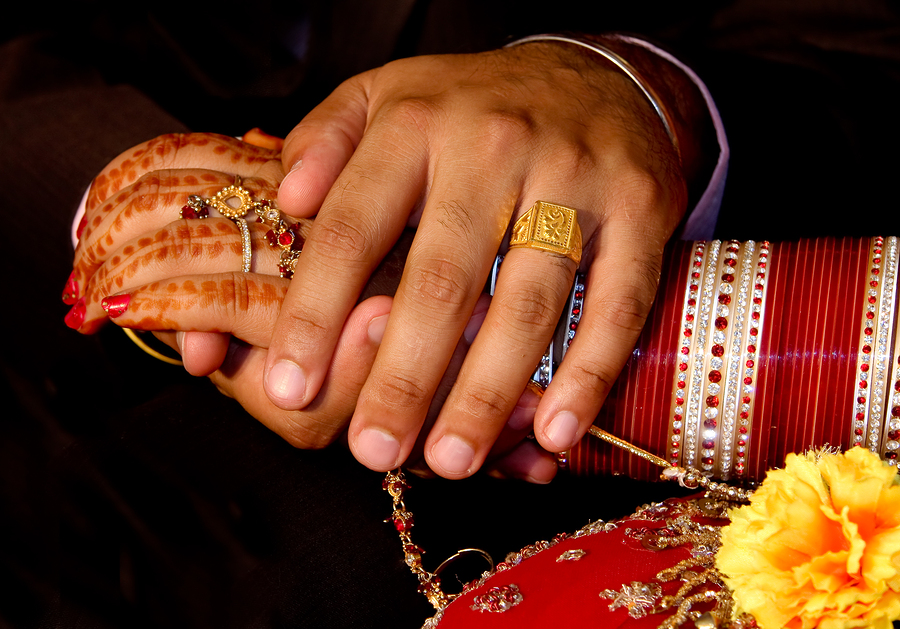 The Feminist’s Arrangement: Why, as a twenty-something feminist, I sought out an assisted marriage—and how it led to my own personal Happily Ever After

On one hand, as an author who writes love stories I get asked all the time how I could have done something as pragmatic and unromantic as having an arranged marriage. On the other hand as a mom of teens who are starting to develop romantic relationships, I get asked by my children how I, a proud and vocal feminist, could have allowed my parents to choose a husband for me.
First, marriage in itself is the extreme pragmatic representation of that most romantic notion that love lasts forever. So, in terms of intent alone arranged marriage is just as romantic as it is pragmatic.

Second, feminism has so much to do with choice, that choosing to choose how you choose your life partner can’t be labeled as unfeminist without examining the details.  And speaking of details, I made the active decision to let my family and friends set me up to meet men interested in getting married in the wake of a long drawn out on again-off again, are they-aren’t they relationship and I didn’t feel up to repeating that experience in search of serendipity.

Essentially in the days before matrimonial websites, I wanted to preempt their purpose which I saw as weeding out based on intent. I saw arranged marriage as a way to separate those interested in permanency in a relationship from those who weren’t there yet. As a special bonus the people doing the matchmaking had the added advantage of knowing me really well.

But things are seldom as easy as you want them to be and my path to finding The One wasn’t quite as simple as I, in all my naiveté, had expected. To start with, my parents’ and friends’ first response to my decision to “see boys” was to try and talk me out of such foolishness. Mainly because everyone believed I would not be able to handle the chauvinistic, male-favoring arranged marriage scene. And no one believed me when I said that I was simply going to ignore it.

As it turned out they were right and there was a lot of ignoring that needed to be done. I paraded myself in front of twelve boys (as men are referred to in the world of arranged marriages for reasons only a social anthropologist can explain) without even one coming close to touching my heart or vice versa. I was told, in all sincerity, by those in my family who considered themselves experts in such matters that this might have something to do with being opinionated (and exposing this aspect of my personality rather early in the game; apparently it was best to reveal the full splendor of my opinions bit by bit) and with refusing to do my hair, paint my lips, and lose some weight.

But I decided to hold on to my fondness for expressing my opinions and for the way I looked. What was the point of turning a quest as romantic as finding my soulmate into something so transactional if I couldn’t at least be honest?

In the end, when I finally met the man whose soul mine has been mated to for almost twenty years now, I was well past my initial bout of enthusiasm and certainly on my last dredges of hope.
That first evening we met I was late, and a bit of a mess in the hair and lipstick department and my opinions were definitely on full display. Amazingly enough, all of these supposed failings were met with sheer delight. Who can resist a man who laughs at all your jokes and answers all your queries with a ‘yes’? 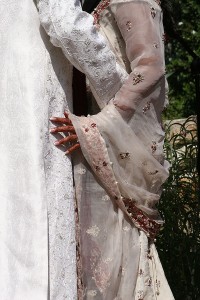 As in do you like to travel, to read, to watch movies, to go dancing? Yes, yes, yes and yes. What’s more, he unabashedly ate his way through the entire menu (being starved for authentic Indian food in America will do that to you) but the lack of artifice tugged at every one of my heartstrings. The true serendipity of romance is in the surprising places you find connection. I even remember the exact moment when I knew he was the one I was going to grow old with. He said something about his nephew and the smile that flashed in his eyes said family-over-all-else and I was lost.
Maybe that’s what they mean when they talk about soulmates.

Because it couldn’t possibly have anything to do with having common interests. In the years that have followed, we have disagreed on so much more than we’ve agreed on. He still says yes a lot, but it’s mostly to get me off his back. His appetite, which I had found so very endearing, has been gobbled up by a fifteen-year-long health kick. And if you ask him to tell the story of how we met and married, you’d probably get an entirely different version. But when he talks about our nephews and nieces—and our kids—the intensity of his smile shines even brighter today. I still don’t always brush my hair and he continues to look at me the exact same way whether or not I do.

In choosing to have an arranged marriage I chose a pragmatic path to finding a romantic connection. The surprising and heartwarming part is that both the feminism and the romanticism in that decision lay in knowing what I was looking for and in choosing how to look for it on my own terms.

More about the author: 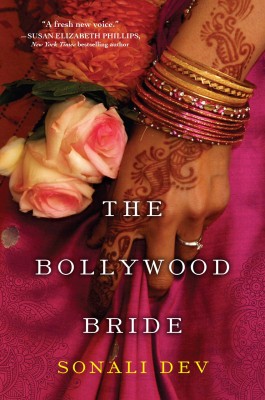 Sonali Dev is an award-winning author of the widely acclaimed novels THE BOLLYWOOD BRIDE (September, 2015; Kensington) and A BOLLYWOOD AFFAIR (2014; Kensington), which was named one of Library Journal’s and NPR’s Best Books of 2014, received a Seal of Excellence from RT BookReviews, and was chosen as well as an RT Reader’s Choice. As an Indian-American author, Sonali combines her love of storytelling with her insights into Indian culture to capture modern-day Asian-American women’s lives.