‘Meet the Patels’: A Documentary Rooted in Family

The Stars of ‘Meet the Patels’ Talk About the Documentary

The laugh-out-loud real life romantic comedy MEET THE PATELS was released in theaters recently, after winning awards and much praise at film festivals around the world. Winner of the Audience Award at the Los Angeles Film Festival, MTP releases in many additional cities nationwide on September 18.

The brother-sister director team of Ravi Patel and Geeta Patel sat down to talk about their award-winning film in this new interview. 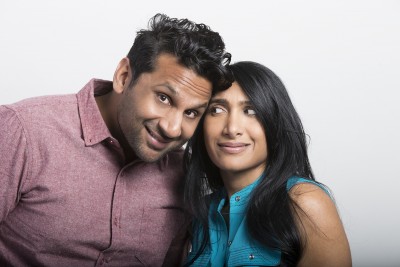 How long have the two of you been interested in film-making?

Geeta: I’ve always been interesting in storytelling. That’s where my heart has been and will always be. As for film-making, I’ve been working in the field for 14 years.

Ravi: Well, less than 14 years! Geez Geeta, you’re old. Hahaha. I’ve been interested in filmmaking since I got to LA, maybe 10 years ago?

Can you tell us where the idea for MEET THE PATELS came from and how you went about getting the project off the ground?

Geeta: We made MEET THE PATELS as a coping mechanism for something every human being suffers from: Family.

Ravi: I was working in comedy and doing a hosting gig at an Indian Lawyers Convention. I ran out of material, so I started talking about my mom trying to set me up with Indian girls with the same last name as me: Patel. Patels marry Patels in our culture. It’s so weird, and yet so normal in my world.

Geeta: And mine. The point is, the crowd was laughing like CRAZY…

Ravi: I had made people laugh before, but this was different. I had never seen an audience so emotional and engaged in a way that was deeply personal. This was a cathartic laugh that reached down deep into parts of their body they hadn’t even heard of.

Geeta: Afterwards, people came up to Ravi and asked him to write a book, do a comedy tour, anything.

Ravi: And then I was like, wait a minute! When does any Indian Lawyer need another Indian Lawyer? Like, you’re sitting in court and you’re like, “Excuse me judge, I need to get another Indian Lawyer on this case, I’ll be right back…” No! This convention was a total façade. I asked the crowd, “Who here is single?” They all raised their hands. 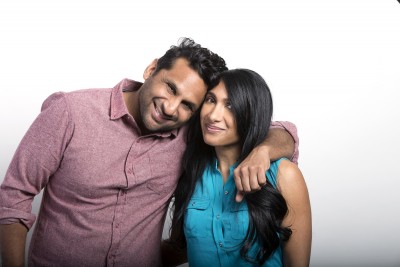 Geeta: A few months later, we were in India on vacation and Ravi was babbling on about making some kind of Morgan Spurlock-like documentary about the internal pressure of first-generation Indians to marry within their own culture. I was like NO WAY IN HELL. I had just spent 7 years making a documentary about a war zone and I had no car, no money, and no bowel movements.

Ravi: Geeta was trying to teach herself how to use a camera (which she never learned, as you can see in the film) and so she was filming our family trip. I had just broken up with my “secret white girlfriend” that Mom and Dad knew nothing about. They were trying to set me up with Patel girls in India…

Geeta: Thank God, they had given up on me…

Ravi: Anyway, we showed PBS our footage and they loved it

So many South Asians can relate to this story. What kind of audience reactions have you been getting from your film festival screenings?

Geeta: The screenings have been sold-out across the world for a year! South Asians have loved it and seen it more than once, bringing their families and friends along. Even audiences in India love it. It’s been a great surprise, and a great experience. Our aunties and uncles all love it too, and that was a great relief!

Is there anything you’d like audiences to take away from this film in terms of relationships and marriage?

Ravi: We want everyone who is searching for love to feel like they are not alone! Being single and South Asian is sad, scary, stressful– and hilarious. 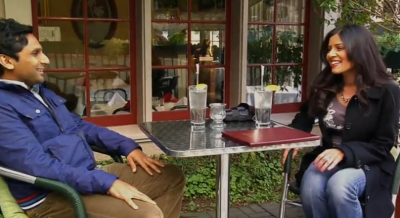 How challenging was it to direct the two people who raised you since you were kids?

Ravi: It was easy because mom and dad had no faith in our ability as filmmakers and didn’t take it seriously that we were filming.