This post brought to you by Editorial Partner, BrownGirlMagazine

Like most Indian-American girls, I came from a conservative family. My parents were immigrants from Orissa, India in the 1980s. Although I grew up around other people of South Asian descent in New Jersey, I was relatively assimilated to white-American culture. Some people might even call me “white-washed.” However, one thing that made my parents similar to other Indian parents was the belief that hard work, money and stability are the things that we should strive for. Sometimes this meant shaming pursuits that did not fit this mold. 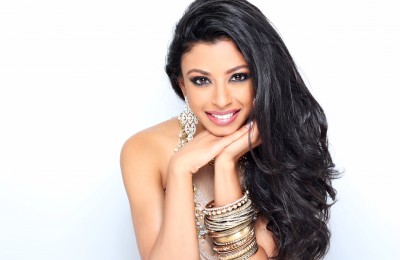 Similarly to many girls, I grew up and went through puberty feeling very awkward and uncomfortable with myself. I remember going through a growth spurt in the sixth grade and feeling completely awkward with my body. My legs suddenly could not fit into any jeans. I was skinny, long-limbed and had a bob haircut (forced upon me by my mother)—which with my thick curly black hair made me resemble an Indian-prepubescent female version of Carrot-Top. I was awkward. This awkwardness followed me into high school up until I was sixteen.

By junior year of high school, I finally figured out how to wear my hair and shop for clothes. I was also starting to feel comfortable with my body. I was still thin, but this was becoming a good thing. I thought about modeling, but at sixteen I had no drive or creativity to seek out opportunities. 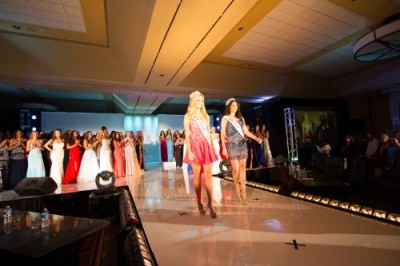 One day a promotion came to my house in Princeton for the Miss New Jersey USA pageant. I was old enough to compete in the teen pageant and I wanted to compete! I always watched the Miss USA and Miss Universe pageants on TV. But I never realized that I would be able to compete.

Sixteen-year-old me asked my mom about it.

This was my mom’s reply and it was enough to make me almost forget about my interest in pageantry. 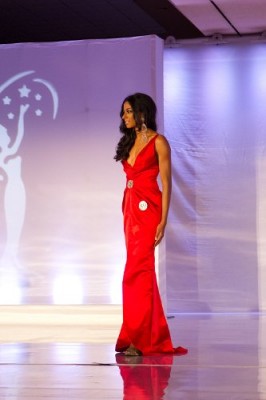 Sheena on stage for the evening gown portion of the Miss New Jersey USA 2014 pageant.

Years later, after I finished college, I found myself very lost. I had a career, friends– a life as a “yuppie.” But I felt trapped. I was deeply depressed. I wanted to change something in my life. But I did not know what needed to change.

Sooner than later, I realized my favorite parade was coming up – the Macy’s Thanksgiving Day Parade. It was one thing that gave me hope when I was at my lowest. It was the one event that was steady in my life because I watched the parade every day since I was a kid. So I watched it again as  giant balloons floated down the streets of New York City across my parent’s television screen in New Jersey. Then came Miss USA waving her hand and smiling-widely on a float!

That could have been me!  Why had I never competed in a pageant? I had no reasons or explanations. It was then that a fire found me.

I signed up for the Miss New Jersey USA pageant that day. I competed a year later.

This may come as a surprise to many, but the Miss New Jersey USA Pageant changed my life. I went into the pageant jaded, and left feeling empowered, inspired and in control of my dreams.

The experience of the Miss New Jersey USA 2014 pageant helped to push me to go forth in starting my own business (a nutrition consulting company called Nutritious Balance) and to pursue writing and modeling careers, respectively.

Pageantry teaches young women how to chase their dreams and it has given me so much motivation for all of the other endeavors that I am taking on.

Now I am on my way to competing for Miss New York 2015! Help me win the title for the big Empire State by checking out my Fundly page!

There is something about pageantry that allows young women reach into themselves and put forth their most beautiful selves. Today’s society lacks people who are true to themselves. Pageantry has helped me find the courage to be myself. I’ve also learned to have confidence, value myself and follow my dreams. 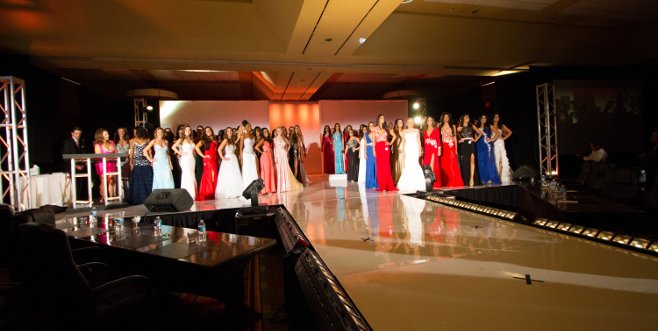 In a world where low-self esteem prevails among many, all people could benefit from being involved in something like pageantry. Some may say that pageantry objectifies women, but I believe pageantry empowers women.

[1] Chi-chi – (pronounced chee chee) an expression synonymous with “tsk tsk,” or used to refer to something filthy; to shame. [2] Foolei – a girl who likes to show off

This post was originally published on our partner website BrownGirlMagazine.com. Since publication, Sheena Pradhan competed in Miss New York USA in January 2015 and recently won Miss East Coast US Supranational. She will compete for the Miss US Supranational title on June 25.