Let’s Talk About Being a South Asian Author

At a masalamommas.com, we aim to start dialogues on important subject matters when it comes to parenting and culture  and others that make us appreciate the community as well. With such an incredible community of South Asian authors out there, our bookshelves are richer because one of them has generously shared their story, their inspiration, their creativity through the written word.

In honour of them, and other up and coming authors who may be wondering how to get started, we’re having a twitter chat on the opportunities and challenges faced by South Asian authors on getting published, promoting their work, how to gain recognition, coverage and tips on managing these milestones.

We’re honoured to have 5 South Asian authors who will talk about this issue as writers, share their experience and offer tips on how they embrace the opportunities in publishing. 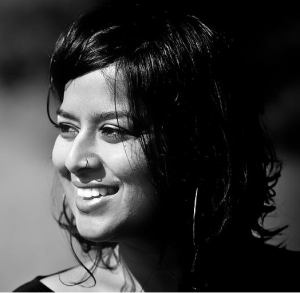 In 2001, she abandoned her PhD studies at the University of California, Riverside after it became impossible for her to ignore that her heart belonged not to academia but to writing. She moved to the Bay Area, taught at a community college, tutored students and wrote a novel.

Island of A Thousand Mirrors was initially published in South Asia in 2012. It went on to be nominated for many of the sub-continent’s major literary prizes and won the Commonwealth Regional Prize for Asia. The novel was released in America by St. Martin’s Press in 2014. 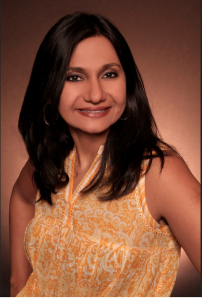 first literary work was a play about mistaken identities performed at her neighborhood Diwali extravaganza in Mumbai. She was eight years old. Despite this early success, Sonali spent the next few decades migrating across the world, getting degrees in architecture and writing, blogging, and starting a family.
With the advent of her first gray hair her mad love for telling stories returned full force and she combined it with her love of Bollywood films and her outrage at archaic social customs to conjure up her debut novel, A Bollywood Affair, which was on Library Journal’s and NPR’s list of Best Books of 2014. It won the American Library Association’s award for best romance of the year, and is an RT Reviewer Choice Award Nominee and winner of the RT Seal of Excellence.
Sonali believes that the modern face of the romance genre is the perfect feminist platform- stories of women, by women, for women, and she is excited to bring diversity and social awareness to it while still indulging her faith in a happily ever after.
Anjali Mitter Duva
Anjali 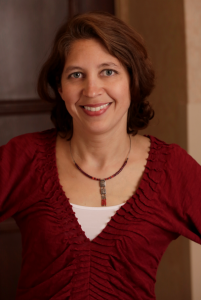 is an Indian-American writer raised in France. She is the author of Faint Promise of Rain (She Writes Press, October 2014). After completing graduate studies in urban planning and civil engineering at MIT and launching a career in infrastructure planning, she found the call of storytelling too great to resist. A switch to freelance writing and project management allowed her more time for her own creative pursuits, into which she infused her planning background.
Additionally, she is a co-founder of Chhandika, a non-profit organization that teaches and presents India’s classical storytelling kathak dance. In delving into the dance and its history, Anjali found the seeds of a quartet of novels. Faint Promise of Rain is the first. In her spare time, Anjali runs a book club for children near Boston where she lives with her husband and two daughters. 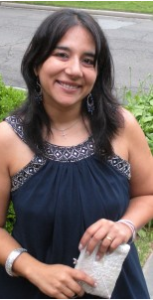 She studied English Literature at Northwestern University, and began writing on the island of Dominica, while her husband of two months biked down to campus to begin his first day of medical school. Fifteen years, four daughters, and a little house on a hill in the quaint town of Locust Valley later, she now writes YAFiction and blogs weekly In Search of Waterfalls.

Growing up in a Punjabi-Canadian home, attending college near Chicago, living in the Caribbean and moving to pre 9/11 New York have shaped her experiences, birthing a diversity of characters.

Rajdeep Paulus is the author of Swimming Through Clouds, is mommy to four princesses, wife of Sunshine, a coffee-addict and a chocoholic.  As of this June 2013, she’s a Tough Mudder. 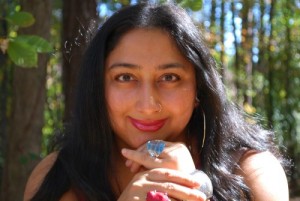 debut novel An Isolated Incident  (2014, Fingerprint Press) is shortlisted for the KLF French Prize for Fiction. Set against the Kashmir conflict, An Isolated Incident is a love story about a girl who has seen too much of the world and a boy who has seen too little. Soniah is pursuing an MFA in Fiction from Georgia State University where she is a Paul Bowles Fellow and serves as Fiction Assistant Editor for Five Points: A Journal of Arts and Literature. Her fiction, essays, book reviews, author interviews have appeared or are forthcoming in Cosmopolitan, The Rumpus, xoJane, Huffington Post, Akashic Thursdaze, Bengal Lights, The Missing Slate, Commonwealth Writers and more. She guested edited “No Place Like Home’, a special South Asian Issue for Sugar Mule: A Literary Magazine in which she featured memoir, poetry and fiction from 47 writers from Pakistan, India, Sri Lanka and Bangladesh. Soniah is also the Blog Editor for Jaggery: A Desilit Arts and Literary Journal, her work has appeared in award winning anthologies, and her collected social satire column “Hairy Potter” is available on e-readers. Soniah has lived in New Mexico, Maryland, Virginia, Colorado, Illinois, New Jersey, California and, at present, resides in Georgia.
An Isolated Incident- finalist for the KLF French Fiction Prize, 2015

Did you miss our chat? Don’t worry, we have you covered. Check out the trancsript below with all the tips and insight we learned!