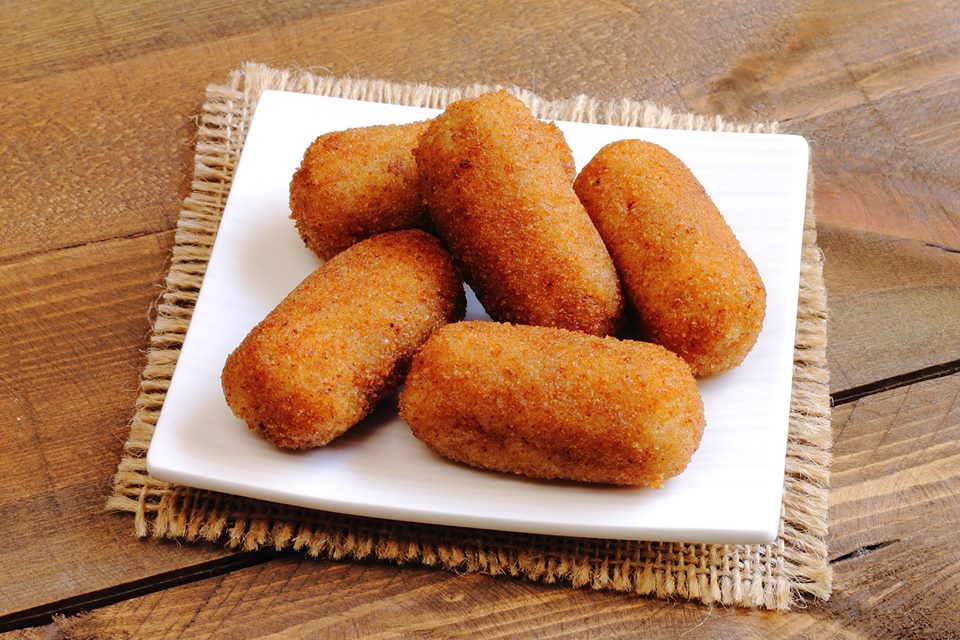 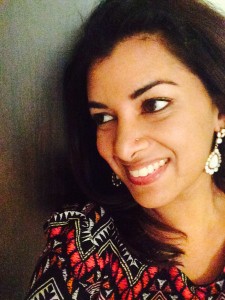 I remember my first introduction to Jhumpa Lahiri. It was Christmas and my sister and literary companion Geeta was enthralled with Lahiri’s bestseller The Namesake. Every so often Geeta would read me a passage. At one point she squealed with unprecedented excitement exclaiming “Soni, she describes making mansa croquettes just like we do!” She read me this passage:

Asima Ganguli sits at her kitchen table, making mincemeat croquettes for a party she is throwing that evening. Alone, she manages an assembly line of preparation. First she forces warm boiled potatoes through a ricer. Carefully she shapes a bit of potato around a spoonful of cooked ground lamb, as uniformly as the white of a hard-boiled egg encases its yolk. She dips each of the croquettes about the size and shape of a billiard ball, into a bowl of beaten eggs, then coats them on a plate of bread crumbs, shaking off the excess in her cupped palms. Finally she stacks the croquettes on a large circular tray, a sheet of wax paper between each layer.(p. 174).

Mincemeat croquettes were a favored dish in our household and not something to be found in Indian restaurants or even popular Indian cookbooks in the USA. It was thus exciting to have a procedure for a dish spelled out like this in Lahiri’s bestseller. It validated our East Indian identities. She was so eloquent, so poetic, and so spot on with her step by step rendition.

Spot on… yet something about her recapitulation of croquette making struck me as off.

And then it hit me. I mean, literally, it hit me, meaning my Mom hit me upside the head urging my sister and I to help with the cooking. Arey, don’t just read about cooking. Actually get in the kitchen and help your elders, you bekar girls she griped.

Lahiri’s version, as poetic as it is, was void of the inherent chaos that surrounded my family gatherings. Lahiri’s depiction of making croquettes almost sounds cathartic and akin to meditatively manicuring a bonsai tree. But not with my family. Croquette making meant a throng of cackling Aunties in the kitchen that made a flock of squawking seagulls appear more melodious in comparison. We didn’t do anything alone in our family. There was no lone management of preparation or assembly with us, no way. 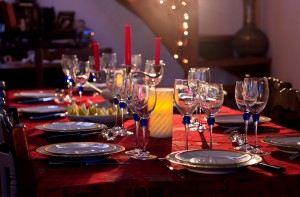 Christmas was one of the few times in the year that my very big Desi family, spread across every coast in the USA, would congregate and within these days, we’d cram in as much as cooking and eating as possible, with mincemeat croquettes an evergreen menu item to accompany afternoon rounds of chaa, tas, and conversation.

Delicious as these little oblong wonders are, I was always more stimulated by the theatrics surrounding their production. Picture this: robust Aunties securing their tight coil like buns at their nape, aggressively tucking their sarees into their siyas (petticoats), and then scooting their glass bangles further up their fleshy arms, as if preparing for combat.

Then they’d allocate responsibilities, yelling out the division of labor as to who would be tasked with encasing the meat with the aloo, who would dip the rounded mixture into the eggs, and who would stand by the kadai and fry batch after batch. And then there was the draft. My female siblings, cousins, and I were recruited to help in the process because duh, if we didn’t know how to spice and roll our croquettes, what eligible man would marry us? (Our family would later learn that the correlation between the two held very little, if any, significance.) 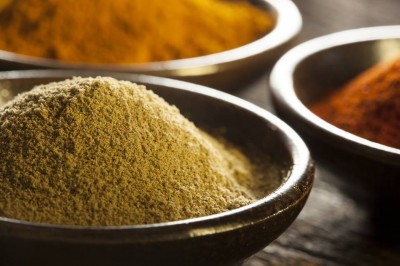 Any one of our aunties or mom could have performed all the steps in their sleep by themselves but this was their way of bonding, of getting work done while simultaneously reminiscing. Every year they would confer, each Aunty voicing her longing for goat meat from India because goat meat in America paled in comparison. Every year this was noted. And every year, they acted as if it was the first time they had collectively chanced upon the epiphany in that split second. As if to manage their expectations, they’d say that yes, they’d go ahead and make the croquettes but it certainly wouldn’t taste like the ones they’d make back home. And that would be the official opening of Pandora’s Box and of how things used to be. They would wax their own poetry on the sounds and scents that they couldn’t bring with them from India that they ached for even so many years later. 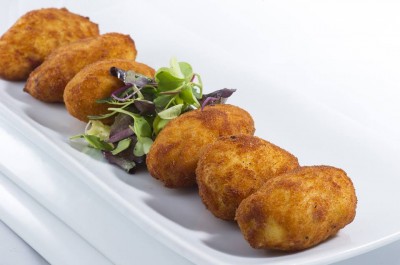 As annoyed as we would pretend to be by the croquette draft, we secretly enjoyed being part of it, something that the women in my family of my generation are only confessing to one another now as we each create our own family traditions. My siblings, cousins, and I learned so much about our foremothers during these times.

Maybe it was being tasked at making croquettes galore to satiate their husband’s bottomless bellies that morphed these women into skilled storytellers. Whatever the reason, their vibrant stories of yesteryear always provided us with insights into how they, too, had rebellious streaks in them, along with hope and lust, you know all those “things” you don’t really equate with Auntydom.

They would remind one another of stories of how they’d snuck off to the movies unbeknownst to their parents, how they’d collectively prayed they’d end up with up spouses that looked like then heart-throb Dharmendra, the letters they helped their girlfriends smuggle to boys they had crushes on, the sadness they felt when they first had to leave their parent’s home, and then eventually their home country. The stories ranged from silly to deep and everything in between. In short, during these times, I would remember that under those intricately embroidered sarees were women with embroidered lives so rich and colorful with varying experiences. 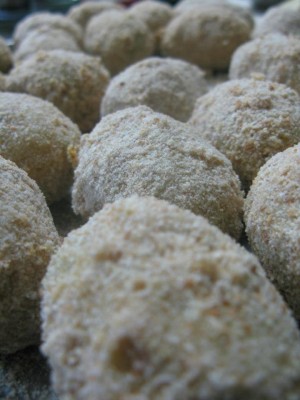 Only now as a grown woman am I appreciative of what the rhythm of all dipping, coating, rolling, and frying provided. We weren’t just making croquettes. It was something more. That time together transcended the utilitarian task of providing snacks. It was bonding. It was the passing of family lore. It’ll always mean something to me, something that I can’t put into words, try as I may in Lahiri-esqe fashion. Croquettes hold such positive memories for me; it’s not only that they taste delicious (how can anything with spiced meat-potatoes that’s deep fried not!), but that they remind me of holiday bonding, of family, togetherness, and storytelling that is laced with an inherent quirkiness that comes with parents hailing from another time and place.

Here is my family’s recipe, the one that we make every year, the recipe I’ll be using this year as I spearhead production and carry on the torch. Feel free to use it and perform your own croquette draft. I certainly plan to! 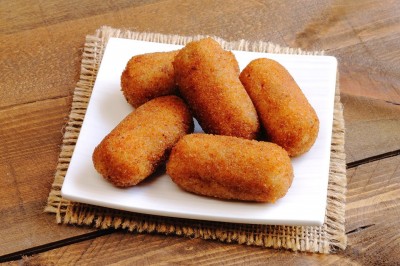 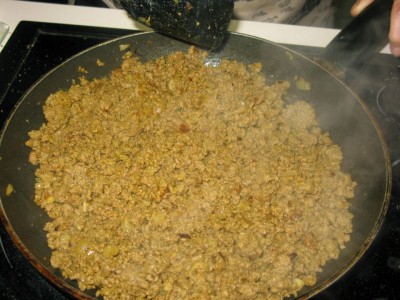 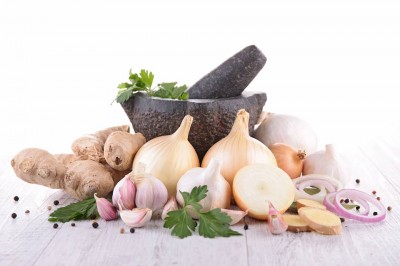 Croquettes can be made ahead of time. Prepare steps 1-11. You can keep breadcrumb coated croquettes in the refrigerator for up to 3 days. Make sure not to keep them longer than that though as they’ll become too soggy to properly fry and crisp.

When I have to make a big batch of these by myself (imagine making 200 + and without an Aunty entourage!) for catering gigs, I employ a sort of “Shake ‘N Bake” method. I have two big plastic boxes with lids and put my whisked eggs in one and bread crumbs in another. I’m able to coat and dredge about 25 croquettes at a time. I simply place all the croquettes in the egg, close the lid, and shake until they are all coated. I then transfer egg-coated croquettes to the container with breadcrumbs, cover with the lid, and shake vigorously until they’re all evenly coated. They are ready to be fried!

You can test your oil to see if it’s hot enough for frying by putting breadcrumbs in it. If they brown, your oil is hot enough to fry the croquettes. Be sure to not overcrowd your pan when frying. Fry croquettes in small batches or the finished product will result in uneven browning and inconsistent cooking.