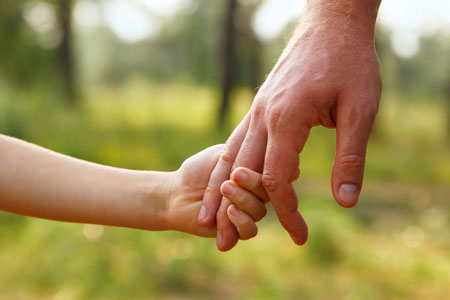 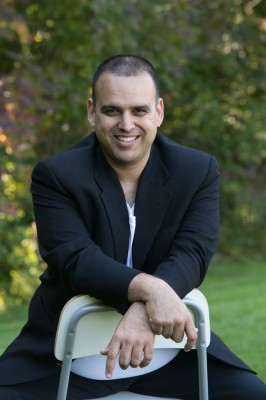 Yes. I admit. I was a Father on the Fly. I was a father that rushed out in the morning and rushed in at night to kiss them goodnight IF I made it back early enough. You always think there will be time to catch up later. Maybe on the weekends. Holidays that come up.

But it’s all for the right reasons. It’s to earn money to give them a good life.

Here’s the thing about being a Father on the Fly. You miss everything.

These are moments that will never happen again.  All their firsts, and I wasn’t there.

Is it worth it? I used to tell myself that it was.  I was working. I was providing them with enough so that they could be happy and satisfied. But were they? How could they be when their father was constantly never there?

I used to tell myself that they didn’t notice.  They were too young to.  At least their mother was there. This is what I told myself so that I didn’t have to feel that nagging awful feeling of guilt.

But they did notice.  They weren’t too young.  Their mother couldn’t and shouldn’t have to do it all.  I know that now.

Sometimes I think I made the subconscious choice not to be there, because if I wasn’t I wouldn’t be able to disappoint them. But I did, simply by not being present.

As a child, I grew up when my parents first arrived to this country. So I didn’t grow up with the same traditional values they did. They spent most of their time during my upbringing trying to navigate living and more importantly … surviving in Canada.

There was no hugs or kisses or “I love you’s.” What there was abundance of was examples of hard work. Sacrifice and poor communication.

I knew when I then met my  ex-wife who is not South Asian,  that I wanted my children raised differently than I. And meeting someone who could accept my lack of parental example and still want to procreate with me was quite a risk. However I was fortunate enough to find it.

Now being separated and watching my kids grow up in the Catholic system I’ve found myself slowly returning to my cultural roots. Spending more time with family who’d I lost touch with since my marriage. Even trying to speak that so-very-poor Hindi every Caucasian friend we have has tried. Thinking what it might be like to introduce my children to those same cultural roots that they are only tied to by Biology.

I’ve learned that it is better to be there and learn with them then to be absent.

I’ve learned that being a Father is more than someone who pays the bills.

I’ve learned that a child’s love is unconditional and with them I don’t have to be perfect. 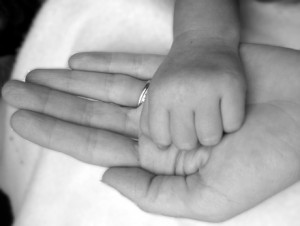 I’ve learned that my children are my world and I am theirs, no matter what.

I’ve learned that I am their role model, I teach them through my actions more than my words.  If I am not there, what is the lesson?

I’ve learned that my children didn’t notice the make of our car or the size of our house, they only notice that I wasn’t in it.

I’ve learned that you can’t undo what is already been done, but you can learn from your mistakes and do it differently in the future.

I’ve learned that my excuses were just that, excuses.

But the most important thing I’ve learned is that life gives you second chances, that is why I’m sharing my story with you today.

I think I’ve found a new term for Webster’s Dictionary. Who do I call about that?

More About the Author
Bob Minhas is the President of Oxygen Media Canada. The Captain of this moving ship. His key role is to work on the big picture that is Oxygen. He focuses on sourcing larger opportunities and on ensuring that everything within the tight ship is moving smoothly. He empowers senior team members to take action as they see fit to create a “family” corporate culture environment. Since 2003, Bob has owned and operated a small company, AlphaStarr Technical Solutions Inc., providing the latest and greatest consumer technologies. His expertise ranges from security systems, to audio/visual, to IT. The goal is supplying the right fit solution to each and every client.

And, HGTV personalities Mike Holmes, Bryan Baeumler, and Scott McGillivray are high-profile clients that have relied on Bob’s expertise for their home improvement projects. As a graduate of University of Toronto, Bob is trained in wireless telecommunications and networking management. As a busy and proud father of 3 children, he is experimenting with new things in life. Exploring travel destinations and outdoor adventures, returning to the love of music, as well as embracing a healthier lifestyle, Bob is ready to take it all in.