Is Sex Before Marriage Still Taboo?

Why is sex before marriage such a big deal? As Indian women get married at a later age now, should we expect our 25-year-olds to be virgins?

The society I live in ‒ despite being relatively modern, independent, intellectual, and career oriented ‒ has failed to offer some simple explanations, solutions or reasons to certain age-old practices that we still follow. One such practice is ‘’no sex before marriage’ or the recently modified, ‘sex-dependent-entirely-on-the-fact-that-we-will-marry’ a.k.a. the practice of marriage-dependent-sex.

I question this practice with the claim that sex is as basic a requirement for living beings as food, shelter, clothing, love, care, respect and freedom; this is probably because it embodies so many of these basic requirements. Our old Indian society trapped in the shackles of its values and traditions, often repeats to the new generation: “Sex is for procreation, not for recreation”. On the other hand, in western societies – the American Pies and the Naughty Americas – display sex as another form of recreation akin to loud music, disco dance, party drugs, fast cars and video games. 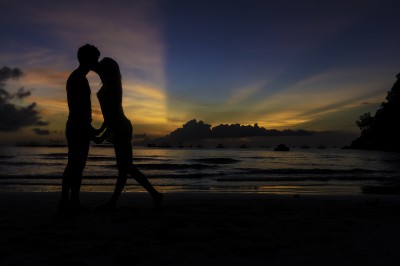 Amidst the entire hullabaloo around sex we forgot that not just human life but all living creatures seek the touch of another from their species; just a touch, a caress, a tiny peck to or from a living soul. A search for the extended heartbeat – the extended sensation of feeling of life, of mutual existence, of coexistence shouts that sex (for all living species) is much more than either recreation or procreation.

Sexuality in India: Rarely acknowledged
Our society disapproves of “making out”, “kissing a guy/girl”, “having sex” unless 1) you are married, 2) you are okay with being called a slut or 3) you are being physically abused. Yes, this is a society which doesn’t accept its kids making their own choice of the person they want to “do nasty things with”, but constantly does nasty things to its kids, teenagers, women and men without consent and doesn’t even acknowledge it, let alone try to curb it.

We think that this society I just talked about is made up of old narrow-minded, parent-grandparent people. NO. This society consists of us, me, my friends, siblings, cousins and classmates. With the advent of education, career, graduation and post-graduation, the average age of marriage in any metropolitan Indian city for the college educated doctors, engineers, lawyers and managers has gone up to 24-27. And with it comes a huge flock of 25-year-old virgins: both male and female.

In this matter, I often consider the poor and uneducated to be luckier than the rich and ‘modern’. At least the poor get married by 16-21 and are given the “permission” to do the “nasty act”, though this permitted sex without proper protection results in 20-year-old kids with 2 kids and no idea of how to take care of themselves, forget the care of the kids. But, let me not get into what poor and illiterate do with their kids and just focus on what affluent and modern do with their youth.

Where can Indian women find some sexual freedom? 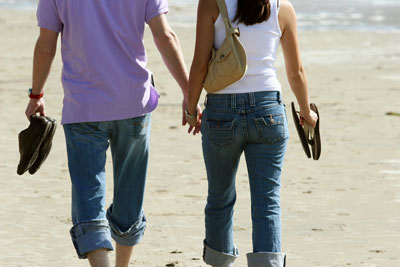 I would expect a frustrated though silent and muffled uproar which would result in a series of harsh repercussions. From where I stand, I see a wild sexual being trapped inside everybody awaiting its release, passing 7 years of its sentence, watching its peak years pass by only to be released from the jail with a lost potential.

If only, I could say something along the lines of, ‘Long years ago, we made a tryst with destiny, now the time comes, when we shall redeem our sexuality – wholly, substantially and in full measure. A moment comes, which comes but rarely in our personal history, when we open our wings, when an age ends, and when the sexuality of our being, long suppressed, finds utterance. It is fitting that at this solemn moment, we convert that utterance, into a moan, a roar, a loud cry; into an orgasm.’

What do you think of this story? Do you think we need to change our perspective as moms today?