The Lunchbox: A Movie Review 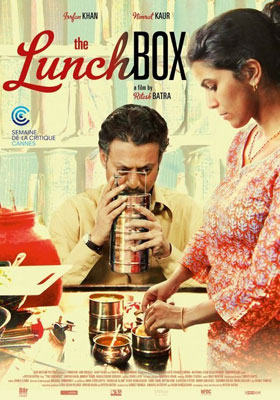 Having first premiered at the prestigious Cannes Film Festival, Ritesh Batra’s The Lunchbox, starring Irrfan Khan, Nimrat Kaur and Nawazuddin Siddique, has gone on to standing ovations and rave reviews at film festivals all over the world. The film was universally applauded after its release in India, and it was named one of the best films of 2013.

Fans in the US have had a long wait but the highly anticipated film is finally releasing in North America. Starting in LA and New York, the film will release in other markets throughout March. Since I first read the review of The Lunchbox from TIFF, I have dying to see this film and finally got the chance.

My first comment, Ritesh Batra how could you end it like that?? However, I won’t spoil it, so, moving on! 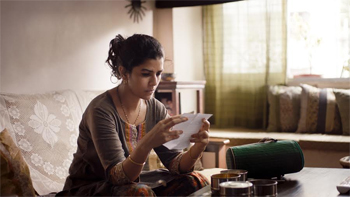 Ila, played with quiet beauty by Nimrat Kaur, is a lonely housewife with a young daughter and a husband who ignores her. Spending much of her day on her own except for conversations with Aunty, Ila expected so much more from her married life.

Saajan, enacted by the brilliant Irrfan, is a widower, a man on the verge of retirement from his accounting desk job; he has lost any spark for life and is barely existing day to day.

Shaikh, played outstandingly by Nawazuddin Siddique, is the eager trainee who has come to fill Saajan’s job. His life is much more complex than we are initially led to believe.

In an interview, director Ritesh Batra revealed that the three characters each live in a prison, “Ila, in the prison of her marriage, and Saajan in the prison of his past. The story is as much about the hand of fate that guides our life as it is about the choices we have to transform our lives when we so wish. A pivotal character in the story is Shaikh, Saajan’s new office colleague and someone who he has to train to be his replacement. Shaikh is a survivor, he is an orphan who has kept his own name and made his way through life in a tough city. Shaikh seems naïve but he is not a victim of his circumstances. Over time, a father-son relationship develops between the older Saajan and the young Shaikh as Saajan emerges from his prison.”

The story begins with Ila preparing a special lunchbox to be delivered to her husband at work, but it is mistakenly delivered to Saajan. When the daaba comes back empty and she realizes the mistake, she sends a note the next day with more food. This begins a series of lunchbox notes between Saajan and Ila, and a beautiful friendship develops as their notes become more personal. Their sometimes surprising stories reveal their loneliness, memories, regrets, fears, and small joys.

Through these notes, the two begin to come alive, break away from their prisons, and look toward a better life and (I believe) fall in love. Also coming into Saajan’s world is Shaik, who at first is a bit annoying, but slowly as Saajan learns more about him, we find out the man he is.

One of the greatest things about The Lunchbox, besides the performances which I will rave about in a bit, is how Batra weaves the story and subtlety carries us along the journey of these three characters. Through the letters we learn the most, but it is the other parts of the film that we truly see their past, their present and their future. There is always a new surprise or reveal around the corner. You never know what to expect with The Lunchbox, and, with such a quiet film, that is brilliant.

There are many what I would call “arty” shots of off angles, or frames of doorways with something going on in another room, of riding on a train, but in this film this style of filmmaking enhances instead of distracts from the story. There are also many scenes with no dialog; instead you are given an amazing glimpse into their lives or into their eyes and you feel everything they feel. You can see the thought that went into every frame of this film to create the time, the place, and, more importantly, the feeling of the moment. 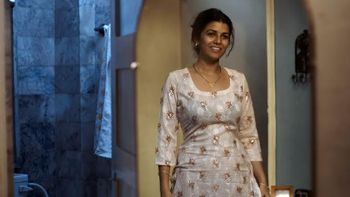 The incredible world of the dabbawallahs is another brilliant layer to this film. From picking up the lunch, the journey to and scenes at the station, and the songs on the train, we get a taste of that incredible business. I also loved the references to Harvard and the Prince!

There are so many minor brilliant scenes that I could go on and on but I don’t want to reveal too much – this film has to be experienced.

The performances
All three are tour de force performances: they each fully invested in the story and the transformation of their characters and that makes the movie what it is…

Irrfan Khan, needless to say, is brilliant. From his completely closed off, blank-faced, impatient-with-kids old man to the change he goes through with each new letter is masterful. He actually looks younger, and it is not in the makeup, it is in the light in his face from the inside – the sparkle in his eye and the bearing of his body. Every nuance and note is played perfectly.

Nimrat Kaur is truly a find. The subtlety she showed, the realness she portrayed – she lived and breathed Ila and you never ever felt she was acting. I loved the vulnerability she let come through and again the light that began to shine. 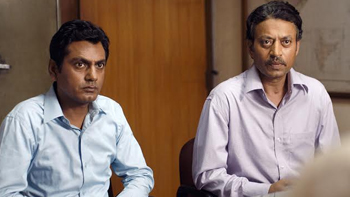 Nawazuddin Siddique once again blew me away with how completely he gets lost in his role. I would never say that this is the same actor from Patang, from Gangs of Wasseypur, and so many more. He is perfect as Shaik, and to see his true story revealed and his true character come through speaks to the power of his acting. One of the things that always gets me with Siddique is how he speaks so much through his eyes, especially the scene when Saajan rides away after the wedding.

One of my favorite parts of the film is the interaction between Ila and her upstairs neighbor Aunty Deshpande (Bharati Achrekar). We never see Aunty but this provides some of the light and some of the gray of the story. It is a fabulous tool to show us more of Ila’s character. A brilliant stroke.

Making a guest appearance as Ila’s mother is Lillete Dubey, who blows you away with the power, the quiet, the strength, the vulnerability and the pain of her performance.

Watch the trailer below!

One note, be sure to eat before you watch this film! The food and the dabba are also another vehicle to move and tell the story of the characters. From the new recipe in the lunchbox to make her marriage spicier, Ila’s surprise when the dabba comes back empty, the salt, the chilies, the eagerness with Saajan awaits each day to see what it will bring, to the devastation of the empty dabba, we are ever more involved, entranced and invested into the story.

There are many things that you can take away, and that speaks to the magic of this film. One is left to wonder about fate, about magic, about love, about living not just existing, and breaking from the prison of your life and finding true happiness. For me, it is a story told in beautiful, sometimes heartbreaking, sometimes life affirming moments that stayed with me long after the last fade out. Thank you Ritesh Batra for this wonderful movie, I cannot wait to watch it again….now about that ending….

I think The Lunchbox Movie in its essence is to much of an art house film for young kids, older teenagers probably would enjoy it but it really is a perfect for a date night.

This story was first published on Bollyspice.com