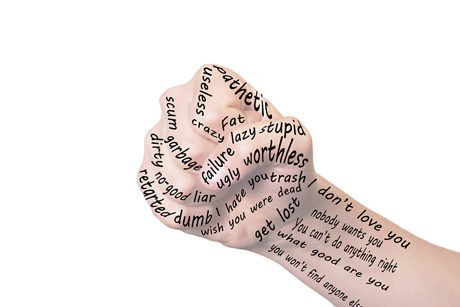 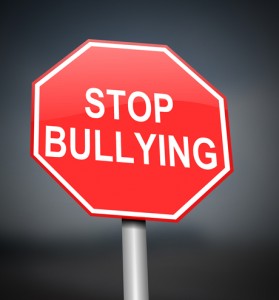 When I was growing up bullying was so common and pervasive that it was like the air I breathed. I never thought about it but I knew it existed and that it was always taking place. I only really noticed when it was directed at me. As one of the few South Asian kids in my school, I grew up knowing that at any given time, at any point in my day, I could be demeaned because of my skin colour, my name, my “backward” culture, the food I ate or anything else the kids could think of that they did not like about me.  I also knew that there was no point in fight back or really drawing attention to. Teachers were always around when the bullying was taking place, and I rarely remember any of them rebuking the bullies. The most common practice seemed to be to pretend to ignore it and go on with the lesson, even though they could hear the hateful words being hurled at me in a stage whisper that was really intended for the whole class to hear.

Are you being a role model for handling bullying at home?

When my daughter was bullied at school when she was in grade one, by an older kid on the playground, at first, I wasn’t sure whom to approach. I didn’t know how seriously the school would take it or if my concerns would just be brushed aside. I was surprised and reassured when her teacher as well as the principal of the school took it very seriously. One of the teachers at the school even tried to teach her how to stand up for herself and make sure she was listened to when she needed help.

However, while this obvious form of bullying was noticed and action was taken, the everyday insidious displays of bullying were still occurring, under the radar of the teacher – just as they did when I was a kid.

Handling Bullying in a Trump Era

While for my children, the bullying they may experience or witness is rarely steeped in racism or a derogatory remarks about their culture, it can still wear them down. I am often told about instances of kids being mean to each other as they line up to come in from recess or wait in line to grab a drink from the water fountain. Some times kids will whisper a hateful remark to another student in the classroom as well, while the teacher’s attention is diverted. I was shocked when I found out that a boy in my daughter’s class would tell her to “go to hell” under his breath, as he walked over to sharpen his pencil in the middle of a lesson.

One year another parent and I decided to address this form of bullying in the classroom, through a short series of workshops in our children’s classroom that promoted social and emotional learning. We used techniques such as yoga, cooperative games, and storytelling to help build a sense of community in the classroom. The intention was that if the children cared more about each other and had more of an awareness of their feelings and those of their classmates, bullying would decrease. While it seemed to make some difference in that classroom, as volunteers, it was hard for us to find time to replicate it again.

As my children get older, bullying continues to exist and is thriving both inside and outside the classroom. The only ray of hope is that school boards seem to be making more of an effort to address all form of bullying – not only those forms that are an obvious threat to a student’s safety. For example I have been told inspiring stories about work being done by schools in southern Ontario to promote a sense of belonging and inclusion in the school, through work with teachers as well as through developing relevant curriculum. As well, programs are being brought into schools such as Roots of Empathy that involves bringing a baby into the classroom to teach children compassion and The ACE Approach, which focuses on developing awareness and consciousness education through activities involving yoga, mediation, the arts and outdoor education.

Hopefully, these initiatives will make a difference, and one day we will all hear more stories from our children about moments of caring and kindness at school instead of stories of unease, or discomfort.