Marriage: Putting the ‘Us’ in Mrs. 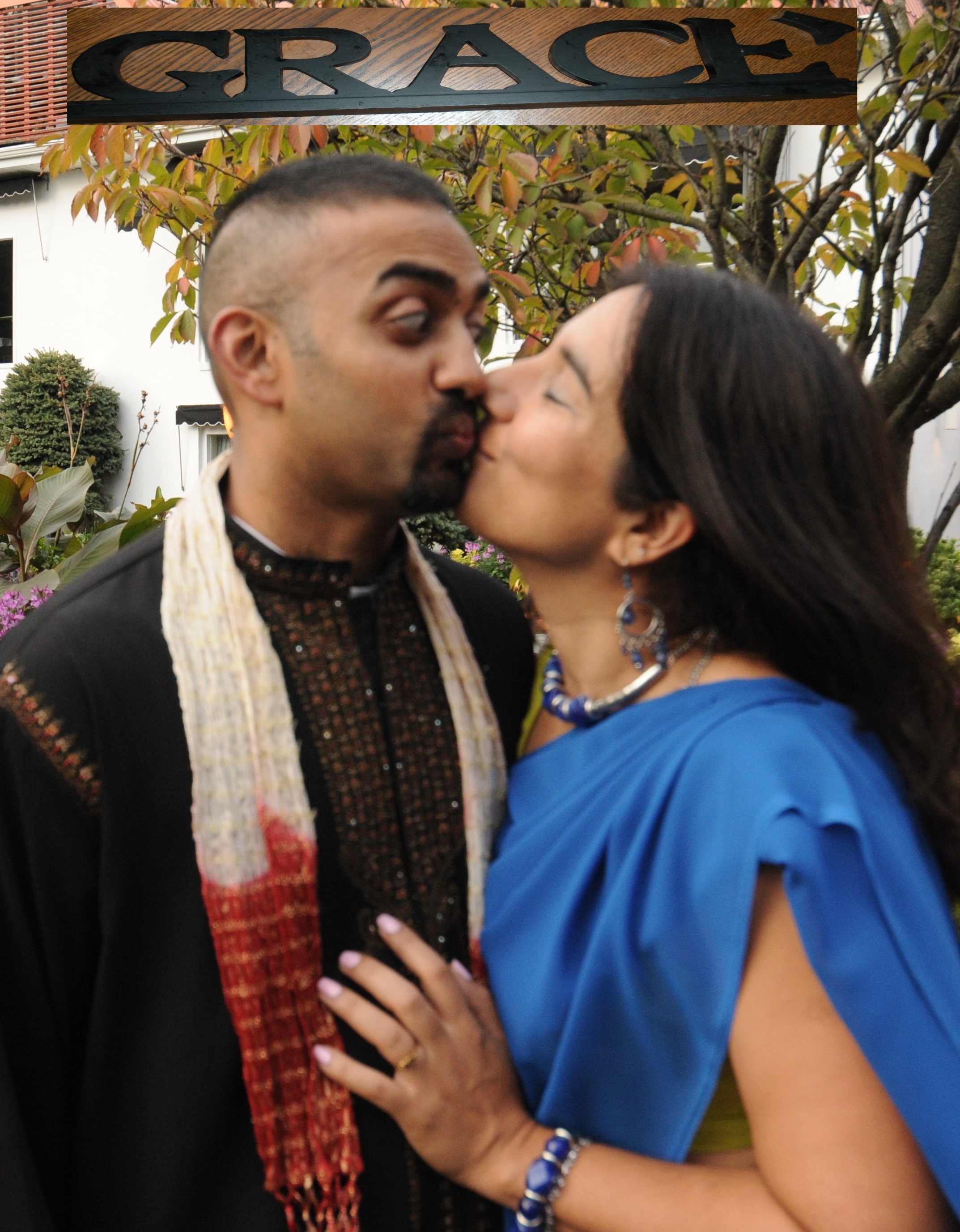 New York City Anniversary Trip: The “Us” in Mrs. 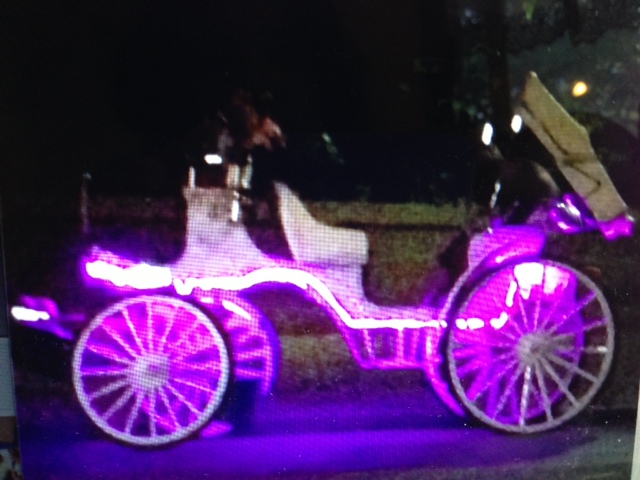 When you live in the city that never sleeps or close enough to commute in on the subway, anything beyond a day trip seems unnecessary simply for the fact that you can always go back.  Another show. Another day. Another time.

And most New Yorkers tend to want to leave the hustle and bustle of downtown when they vacation, so I have to admit, Hubby surprises me when he announces that we’re not taking the RV for our fifteenth anniversary trip. In fact, we aren’t flying or driving over bridges in our SUV either.

A ride on the Long Island Railroad plus a transfer to the subway with suitcases in tow, we arrive at the Affinia hotel on the east side of Central Park, walk in, and find a waterfall in the lobby. Surely, a sign of good things to come.

After checking in, unpacking and gazing down at the view which consists of the familiar sights and sounds of typical NYC people traffic, we stroll down to the main lounge to chat with the guy behind the information desk. Both funny and resourceful, he gave us some great restaurant recommendations and convinced us to see a show. Best part: he put the final nail in the coffin behind Hub’s desire to see Spiderman on Broadway. In his exact words: “And this is coming from a total guy’s guy. It sucked.” So yeah! That debate is ova!

We had three nights in the city, so two evenings were bound to be movie dates. Simply because we love the movies, and because everything’s bigger and brighter in the ci-tay. And Star Trek Two was A-Mazing. The scene that makes me lean in and squeeze Hub’s arms just a tad tighter involves a conversation between Kirk and Spock when Kirk nearly chooses to die for his friend. Sometimes it takes for you to realize you could lose the best thing that ever happened to you. To realize he is the best thing that ever happened to you.

The next night we went to see Gatsby. Such a classic, especially since it was filmed in NYC, and it’s always fun to exit the theater onto the streets the characters walked. And come to realize the hotel to the left of ours displayed the Yellow Classic Ford from the movie. Nice.

On our final evening in the city, we attended the theater! Cinderella on Broadway, and I love the classic story for so many reasons. First and foremost, because it’s magical, but it’s also painful. Rella was not living the life. In contrast, her life was riddled with pain, and one dance is all it took. Somewhere in the midst of the music and the twirls, two lives connected. She forgets her world of pain. If only for a moment.

And this is similar to the story of Swimming Through Clouds, my first book. Where for brief moments of time, Talia forgets her insanely painful world that she lives in when Lagan invites her to dance, figuratively and literally. But no spoilers.

And wouldn’t you guess it, the NYC rickshaw dudes are waiting right outside the theater. Because inevitably some couple will be duped into paying exorbitant amounts of cash for a few minutes of riding in a carriage and reliving the Cinderella story. Umm, Yeah. We were that couple. But I have to say, we’ve never done it before, and it was pretty sweet and magical—in a neon-enveloped kind of way—being driven through Times Square with all the sights, sounds, and scents coming ‘atcha’. Not to mention the cool summer night’s breeze. Intermingled with the exhaust from the sea of yellow cabs. But hey, it’s NYC after all.

Cuisine-wise, we mixed it up. Having Alice’s Teacup for breakfast (twice) because those pumpkin pancakes and scones are to die for, delicious. Korean BBQ one night with the best Blackberry-infused, red wine, I’ve ever tasted. Columbian the first night with steak and plantains that rocked. Brazilian steak after Relli and the wallet-depleting carriage ride. When you’re in the city, you gotta eat! 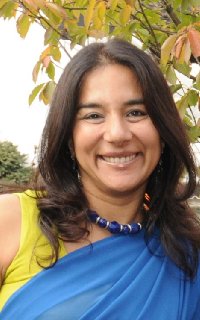 Love how Hubs, deep down, prefers to escape the city to relax, so at one point, we took the train down to Rice and Riches for our favorite rice pudding fix, jumped back on the Subway straight to battery park and sat on a bench overlooking the statue to people-watch and enjoy our afternoon dessert. Then we walked along the Hudson all the way back uptown, to watch the sunset and just to be near a symbol of nature. Water. And we walked, hand in hand, something we don’t take enough time out to do with the busyness of daily life.

Hubby’s gift to me was this trip. Planning it. Arranging babysitting. And making it happen. My gift to him was music. I made a slow dance, anniversary playlist for our hotel room. You know the one. With cheesy love songs like “Truly, Madly, Deeply” by Savage Garden and Madonna’s “Crazy For You,” because I know hubs won’t go for the club scene or spontaneously dance with me if I drop some change in a jukebox. He’s not the out loud type like me. After fifteen years of asking, a compromise is all it takes. We close the doors behind us, press play, and I’m in his arms. The sway and swag, whether I trip on his feet or just lay my head on his shoulder matters little. We’re together. Nothing but memories and the future between us as his heart beat pounds against mine. Probably my favorite part of being Mrs. Paulus. All this time.

The second part of my gift was a little music video/slideshow to the song, “Dancing in the Minefields” by Andrew Peterson. Because the truth is marriage is a dance. It takes two. And it takes a good lead to make the dance memorable. And sometimes you trip. And sometimes you twirl. And sometimes you feel closer than ever. And other times, there’s no space between you in his arms, but your mind is across the ocean. It happens. Every relationship goes there. The sin and cosine highways of love. And that’s why I love this song so much. The line that resonates in the deepest of part of me:

“When I forget my name…remind me.” My name is Rajdeep Paulus. Raj. Mrs. Paulus. Full of life’s misses—mishaps, mistakes, and misunderstandings to name a few. But Mrs. nevertheless. Mrs. Us.

More About the Author:

Rajdeep Paulus, author of Swimming Through Clouds, is mommy to four princesses, wife of Sunshine, a coffee-addict and a chocoholic. As of this past June, she’s a Tough Mudder. To find out more, visit her website or  connect with her via Facebook, Twitter, Pinterest, or Instagram.

Author of Award-Winning Young Adult novels Swimming Through Clouds and Seeing Through Stones, I studied English Lit at Northwestern University and live in NY with my Sunshine and four princesses. I love to blog about life's moments of Grace in the midst of the madness of marriage, parenting, and relationships at www.rajdeeppaulus.com.