A Little Spice, A Bit of Bollywood Makes a Great Bollyspice 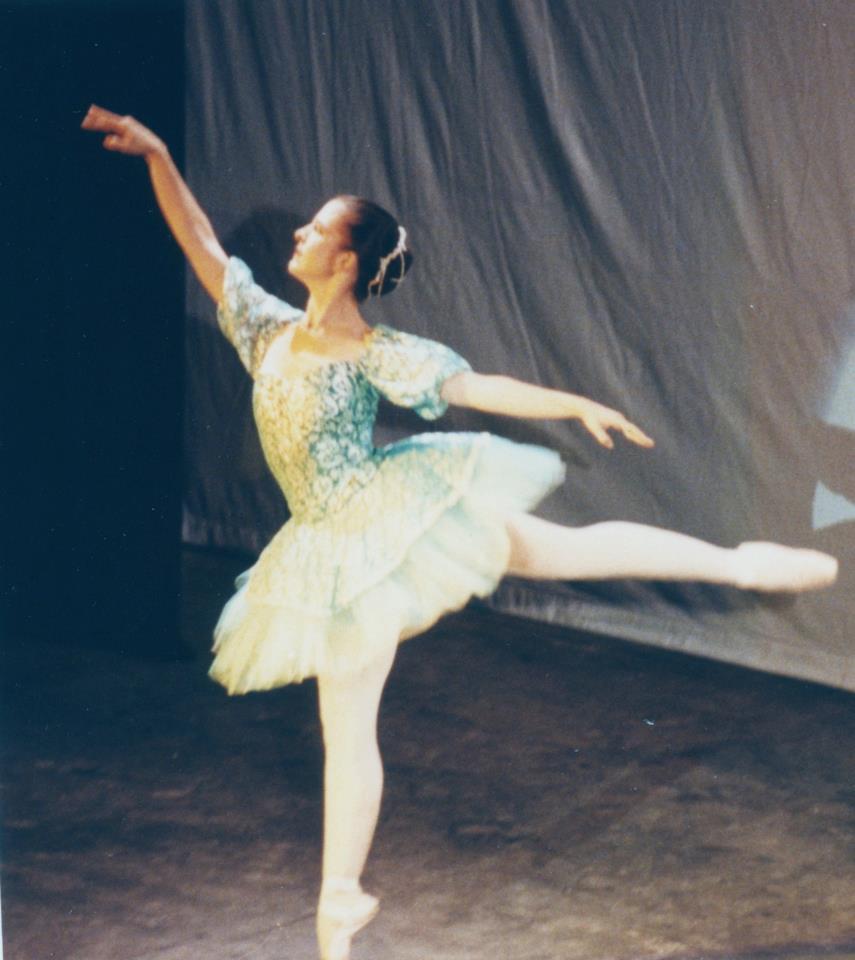 How Stacey Yount, Ballet Dancer, Added Some Spice To Her Life!

I am 100% sure that when Stacey Yount was a child, she never thought she’d be in the line of work that she’s in now.  When teachers and grown ups asked her, “What would you like to be when you grow up?” the brown-eyed, brunette, American girl from Maryland responded, “a ballet dancer!” not knowing that her destiny would take her to another part of the world.  This is how Stacey Yount, Editor-in-Chief of BollySpice, an extremely popular online Bollywood magazine, found her passion in the most unlikely place.

Stacey did in fact become a professional ballet dancer and did this as her full-time job in a town just outside Orlando, Florida where she lives.

She came across Gurinder Chaddha’s film Bend It Like Beckham in 2004 and was introduced to the Indian culture.  She started to pay more attention to the director and her films and when she heard that Chaddha was going to be doing an Indian version of Jane Austen’s Pride and Prejudice called Bride and Prejudice, she just had to get her hands on that film.  When the film was released she watched it and kicked her Hollywood rom-coms to the side and went searching online for more Hindi films to watch.  Once online, and in Bollywood chat forums, she soon realized that there was an ultimate film that needed to be seen if she was going to in fact be a true fan of the genre – Dilwale, Dulhania Le Jayenge  (DDLJ) kept coming up and Stacey just had to see it. 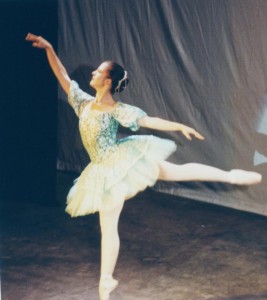 When Stacey finished watching DDLJ she immediately exclaimed to her husband, “I found the perfect movie!”  It made her laugh, it made her cry, it had romance and action, family values and a tiny bit of violence, lots of adventure and music and of course dancing!  As a professional ballet dancer, what really moved Stacey were the songs and dancing.  It’s no wonder that she became a Bollywood fan, DDLJ really is the perfect movie!

Her love for Hindi films skyrocketed and soon she became a frequent flyer of online forums talking about Bollywood films, making friends with people online from all over the world who shared her passion.

Her friends would recommend more movies for her to watch and soon she had seen many of the classics and was starting to put names to the faces she was watching.  Of learning names of the big stars Stacey says, “My husband and I called Amitabh Bachchan ‘C’mon Charlie’ for the longest time because in the film Kyun! Ho Gaya Na– he says that line over and over, so when we’d see him in a film, we’d be like ‘Hey! That’s C’mon Charlie!”

Stacey was getting a serious Bollywood education with all the films she was watching and all the discussions she was having with the friends she had made.  When one of these friends told her about the work she was doing for a Bollywood website Stacey was all ears.  She wanted in, and so she was introduced to what’s now become BollySpice magazine.

Without any previous professional experience as a writer, Stacey began writing news and feature items, then after a couple of years music reviews for BollySpice.  Now, you might wonder how an American girl could possibly review a Hindi song?  Stacey says, “As a dancer, I was attracted to the beat of the music and how it made me feel.  The singer’s voices, the context of the songs within the films, and the choreography, rather than the lyrics.  But if the lyrics are pertinent to the story, then I will get a translator to assist me.”  She’s absolutely right.  How many of you really even know what’s being said in most of the songs in Hindi films anyways?  You just jam to the song if you like it!

Needless to say, one thing led to another and Stacey became a full-time writer for BollySpice – leaving her ballerina slippers hanging in her closet and trading in her tutu for some tunak tunak gup shup. 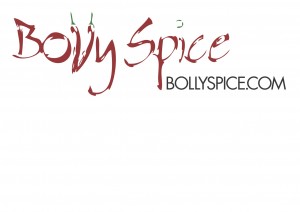 So what exactly is BollySpice?  It’s an online magazine that started off as a music site in 2004.  It soon grew to be quite popular and turned into a major hub for news and reviews for all things Bollywood.  Stacey joined in 2006, just two years after her first encounter with the Indian culture, “I just fell into it, and I absolutely love it!” she says.

When the BollySpice Editor-in-Chief position came up, she knew she just had to go for it.  She had been writing full-time with them and she really was perfect for the job!  Well, as we all know, Bollywood knows no boundaries, and Stacey was made Editor-in-Chief.

BollySpice has offices in India, the UK and the US with Stacey running the US component but overseeing all of its writers who come from the world over.   There’s even a print column in the UK in the Metro newspapers that Stacey writes every week.  Stacey really runs an amazing machine – coordinating all of the writers from everywhere.

There are plenty of sites to choose from when it comes to seeing what’s hot in B-town, but Stacey tells us what makes BollySpice stand out, “BollySpice writers are from the world over, so it really speaks to the masses who have a passion for Bollywood.  We write our articles without any bias, stating the facts and reporting the news.”

The online magazine is so highly regarded within the Hindi Film industry that the major film production and distribution companies like Eros, UTV and Yash Raj Films approached it to become a partner/sponsor and provide them with content directly.  So really, if you are looking for a great place to find out what’s new in Bollywood, BollySpice is it!

Stacey says the great thing about partnering with these companies is that the writers for BollySpice get direct access to interview Hindi film stars, “I got to interview Anupam Kher! He was in Bend it Like Beckham, Bride and Prejudice and Dilwale Dulhania Le Jayenge, so that was really a special moment for me.  To talk to the man who really influenced my passion for the genre!”  I would like to add that Stacey has the real pronunciation down for all the actor’s names and movie titles – she was brave enough to refer to DDLJ as “Dilwale Dulhania Le Jayenge” most of the time instead of just DDLJ!  Stacey says, “I’m learning Hindi online, but for now, if I need help, I just ask any one of my Hindi speaking writers to help me out.”

When I asked her what her friends and family thought about the work she does she said, “The first thing they ask me is ‘what is Bollywood?’ So then I have to explain to them that it’s like the Hollywood of India, based out of Mumbai and that helps them when I draw the parallel to Hollywood – like I tell them Shah Rukh Khan is like the Indian George Clooney!”

She says everyone is very supportive of her work, especially her husband.  The truth is, when you exude so much passion for what you do, how can anyone really come in your way?  It’s clear that Stacey is good at what she does, and that she found her calling in a uniquely foreign place.