Miss India and the Film “The World Before Her” 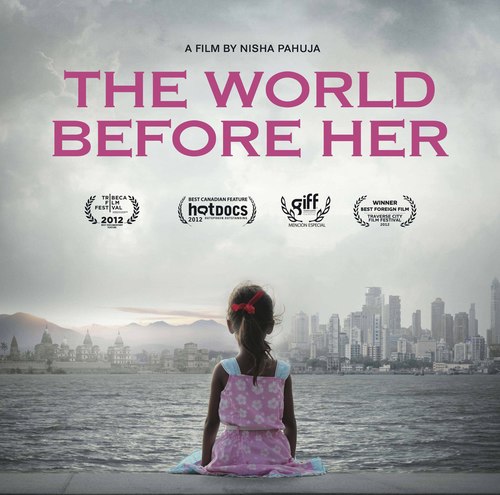 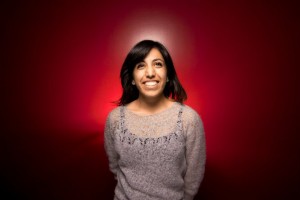 I am Indian. I am a woman. Recently these two facts have been thrust to the forefront of my identity. Growing up as an Indian woman in Canada made me naïve to my privileges. I was never taught to fear the world or see obstacles to my future. I could be whatever I wanted to be, do whatever I wanted to do. My gender and cultural background had little bearing on these decisions. If ignorance is what they say it is, then I was living in bliss.

All that came to an end on December 16, 2012 when an Indian woman, the same age as me, was brutally raped after boarding what she thought was a public bus in Delhi. The New York Times classified the incident as “a reminder of the dangerous conditions that women face in India.” Rapes occur all over the world, but the victim of this crime made me reevaluate my understanding of what it meant to be an Indian woman. Being blissfully unaware was no longer an option.

The tragic loss of “India’s daughter” made me wonder what type of offspring I was to my motherland. Even with these events on my mind, I did not think twice about leaving my downtown apartment alone and taking the subway headed to a suburban movie theatre. When I arrived at the small-screen theatre, the film I saw forcefully removed any of remaining misconceptions I had about the challenges of being an Indian woman. 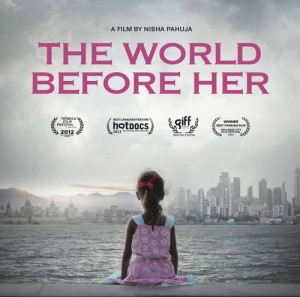 Written and directed by Nisha Pahuja, the multiple award winning documentary The World Before Her contrasts Miss India contestants with attendees of the rigorous Durga Vahini camp, a Hindu nationalist program exclusively for young women.  Pahuja follows 19-year-old, Miss India contestant Puja Singh as she endures skin bleaching, fitness training and multiple rounds of judgment in her pursuit for the title. The film then flips to the story of Prachi Trivedi, a 24-year-old free of makeup and fine clothes, intent on protecting traditional Hindu values as a leader of the Durga Vahini group.

At first glance, this documentary appears to be a tale of two opposing teams. However, throughout the film it becomes clear that this is not a story of right versus wrong, orthodox versus progressive, or even men versus women. Things are not as simple as they appear. Women on both sides of the story live with the burden of knowing that their parents not only gave them life, but allowed them to live. Every year, an estimated 750,000 babies are aborted in India because they are female – Trivedi as well as some of the Miss India contestants were at risk of being part of that statistic.

Though their passions differ, Trivedi and the Miss India contestants are empowered women trying to pursue a career that they are passionate about. Women on both sides of this story endure challenges from a traditional society or family members that wish to define their future in terms of domestic duties. The film paints a complex and vivid picture of the challenges that Indian women face as they try to make the best of the world before them.

Leaving the theatre, my friend turned to me and asked: “What if I hadn’t been born here? What if my grandparents had never left India?” I had no answers for her. Between the movies and the news stories about India’s daughters, my relationship with the motherland was more complicated than ever. One message was clear: women, whether they are part of a religious nationalist group or a beauty contest, fight to live without fear of the consequences of their gender.

India is my heritage and this documentary showed me how the world before me is an essential part of the woman I am and who I will become. I am an Indo-Canadian woman. I no longer take that for granted.

What are your thoughts on this story? Have you seen this film? We’d love your comments below!