Letting Go When It Comes to Children 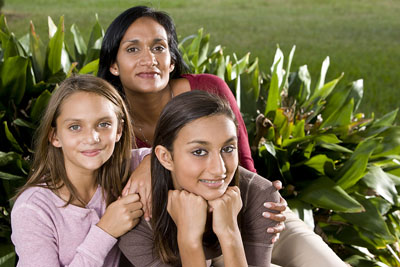 A refreshing perspective from two Indian mothers who feel they have managed to let go of their children – and how they did it.

This article was originally published at:  Womens Web

“There are two lasting bequests we can give our children. One is roots, the other is wings,” said Hodding Carter, an American journalist and surely, truer words were never spoken. However, how many of us can actually do this? The typical Indian scenario is that a mother never lets go of her children (in most cases, the son, but this may apply to the daughter as well).

In the South Asian cultural context, how can mothers learn to let go and help their children lead meaningful, independent lives? Read on! 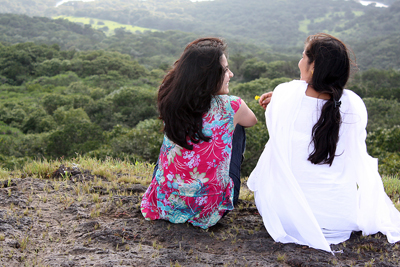 “I have let them go. I have brought them up to be strong individuals and not be wholly dependent on me” is what Shail Mohan, a homemaker and mother of two sons (27 and 21 years) says. When asked why she chose to bring up her children this way, she simply replies that she felt it was not right for mothers to control their children. Shail’s decision to a large extent has been influenced by the role her mother-in-law played in their lives.

She feels that her mother-in-law used to interfere in all aspects of her married life. While she tried to comply with her mother-in-law’s wishes initially, after a while she started questioning why she was being treated in this manner and addressed her concerns to her husband. Her husband however, did not take a stand and simply told her that his mother liked having “power”.

This set her thinking as she felt that a woman should not have such power over her children and any child should feel free to speak to his/her mum if the mother was doing something wrong. She decided at that point not to bring up her own children in this manner. She says that she feels that her son would earn even more respect from her, as a mother, if he could speak his mind to her. This is only possible if you build such a relationship from the time the child is young and bring him/her up in this manner.

Shail always set limits for her children but was sure to always explain and give reasons for why she told them to do certain things. She says, “I did not control them all the time and left some decisions to them. It helped when they understood why I said and did the things I did.” Looking back now, Shail knows she has done the right thing. Her sons are very open with her and even tell her when they have girlfriends. She doesn’t pry into their lives but is secure in the fact that they will tell her what she needs to know.

She has seen many parents who nag their children and constantly monitor every move of theirs. This, she feels, has led to such children rebelling against their parents, due to this constant supervision. 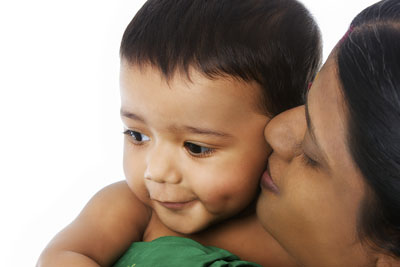 Her advice for other mothers includes:

Ritu Lalit, General Manager with Lakhani is a single mother who also feels she has managed to let her sons go. “You have to let them go or else you lose them” is how she sums it all up. Ritu says that her mother-in-law was responsible for breaking up her marriage and she vowed that she would never let that happen to her sons.

However, she admits that the process was not an easy one. Being a single mother meant that they were a close unit for a long time. Her sons grew up and they needed their own space – especially from their mother. Thus, the process of letting go began. Ritu is emphatic when she says that if she had not done this at that time itself, she would have lost her son. “It’s as simple as that. A male child also has to distance himself from his mother so that he has a better relationship with his partner.”

She says that it is much easier this way and does not cause problems when the whole family is together. Ritu and her sons and daughter-in-law live in the same house – “it has worked out beautifully”. It is a very democratic set up. Everyone carries on with their own lives without interference in anyone else’s life. She also feels that everyone has played a role in making this relationship work. All four of them work together to ensure that they enjoy a smooth relationship.

Ritu says that this change and letting go does not happen overnight. It takes a long time and you have to be prepared and make a conscious decision to do so. One aspect that helped was that she was a working woman and had a life of her own. She feels that women who build their whole lives around their children find it much harder to let go. Ritu started blogging a month after her son got married. She then started writing her first novel. She made the effort to carry on with her life.

Her tips for mothers with regard to this are:

This is the story of two mothers who have made the effort to let go and have realized that they have done the right thing. What about you – do you feel the same way?