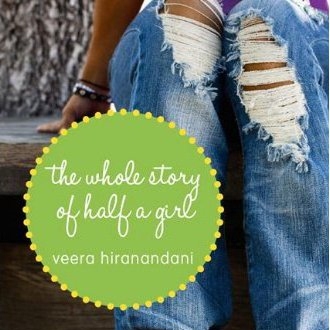 This article was originally published on Lalitha’s blog called : masalareader.wordpress

As a youth services librarian, and the mother of two children of bi-racial/bi-cultural heritage, I’m strongly committed to highlighting books mirroring a broad spectrum of cultural differences. I also find myself experiencing a renaissance of sorts, as I see a plethora of recently published multicultural children’s and young adult books. For example, during my childhood, I NEVER read a single book with an Indian-AMERICAN female main character~believe me, if I had, it would’ve changed my life! Now, I put “AMERICAN” in all caps, because reading a book about Indians is so not the same as reading a book about Indian-Americans. Seriously, after several arguments and debates with my own parents (both born in India) about the differences between the “way people do things in India” versus “the way people do things in America,” I’ve realized there is a BIG difference between the two.

My sons, both 3.5 and 1.5 years old, are the product of a bi-racial marriage– I’m Indian-American and my husband, Bryan, is Caucasian-American. It’s been a mission of mine, since before the boys were born, to find books accurately reflecting a bi-cultural sensibility. So you can imagine how pleased I was to recently discover children’s and young adult books with South Asian characters balancing dual heritages and cultural experiences.  With that said,

The Whole Story of Half A Girl by Veera Hiranandani

The summer before sixth grade, Sonia Nadhamuni’s life is thrown into upheaval when her father loses his job and becomes depressed. Sonia and her sister, Natasha, can no longer afford to attend their progressive, but incredibly expensive private school, and their mother is forced to take extra hours at work. Sonia enrolls in a large, public middle school where her classmates don’t quite know what to make of her mixed Jewish American and East Indian heritage. Sonia also can’t decide whether to befriend popular cheerleader, Kate, or hang out with the very awesome and smart, Alisha, who’s not exactly at the top of the social totem pole. When Mr. Nadhamuni disappears, Sonia takes stock of her situation, re-evaluating her friendships and ultimately decides that her dual heritage makes her a “whole” rather than “half” a girl.

Hiranandani’s debut novel is heartfelt, discussing cultural identity, family dynamics, mental health, and the timely issue of economic hardship in such a way that’s not too heavy for a middle-grade reader. There isn’t a “happy” ending in this book–Sonia still has a lot of stuff to work out with her family, as well as with herself–but I felt that it ended on a moderately high note. Perhaps the most important take-away from the novel is seeing a truly realistic depiction of cultural differences. In that respect, Hiranandani nailed it.

After a classmates calls her a “towelhead,” Asha Jamison who is half Indian, a quarter Mexican, and a quarter Irish is inspired by the negative experience. She and her best friend, Carey, who is half Chinese and half Caucasian, decide to start up a club, “The Latte Rebellion,” promoting awareness about students of mixed heritage. Oh, and they try to make bit of money on the side for a graduation trip by marketing t-shirts with the logo of their new project. Before they know it, the club gains traction, attracting a variety of socially conscious people. Soon, Asha and her friends are caught in the middle of a brewing political movement. Stevenson deftly handles complex issues related to race and identity, but also realistically depicts typical adolescent drama, including the heart-breaking end  of a lifelong friendship.

Gosh, how much do I adore this book?! Well, first of all, I loved that it was set in Northern California, in a location that was totally recognizable and identifiable to me. Not a big issue for most readers, but for this one, it was a personal issue. In fact, Sarah and I have our alma mater in common – we’re both UC Berkeley grads (Go Bears!), and it’s kind of nice to see that this book gives mad props to Cal. More importantly, The Latte Rebellion made cultural and racial identity issues its central theme – for some, this might feel heavy for a young adult book, but for those teens interested in political movements and cultural studies – this book speaks honestly, and directly to them.

Lalitha is a youth services & community college librarian living in Southern California with her husband and two boys. She decided to start a blog because she wanted to keep track of the various materials she was reading, as well as contribute to ongoing dialogue about multicultural literature for children and young adults.

Lalitha is a strong advocate of professional development, and she stays active in ALA by serving on committees such as YALSA’s Quick Picks for Reluctant Young Adult Readers and ALA Feminist Task Force’s Amelia Bloomer Project.  She also reviews middle grade and young adult books for School Library Journal.