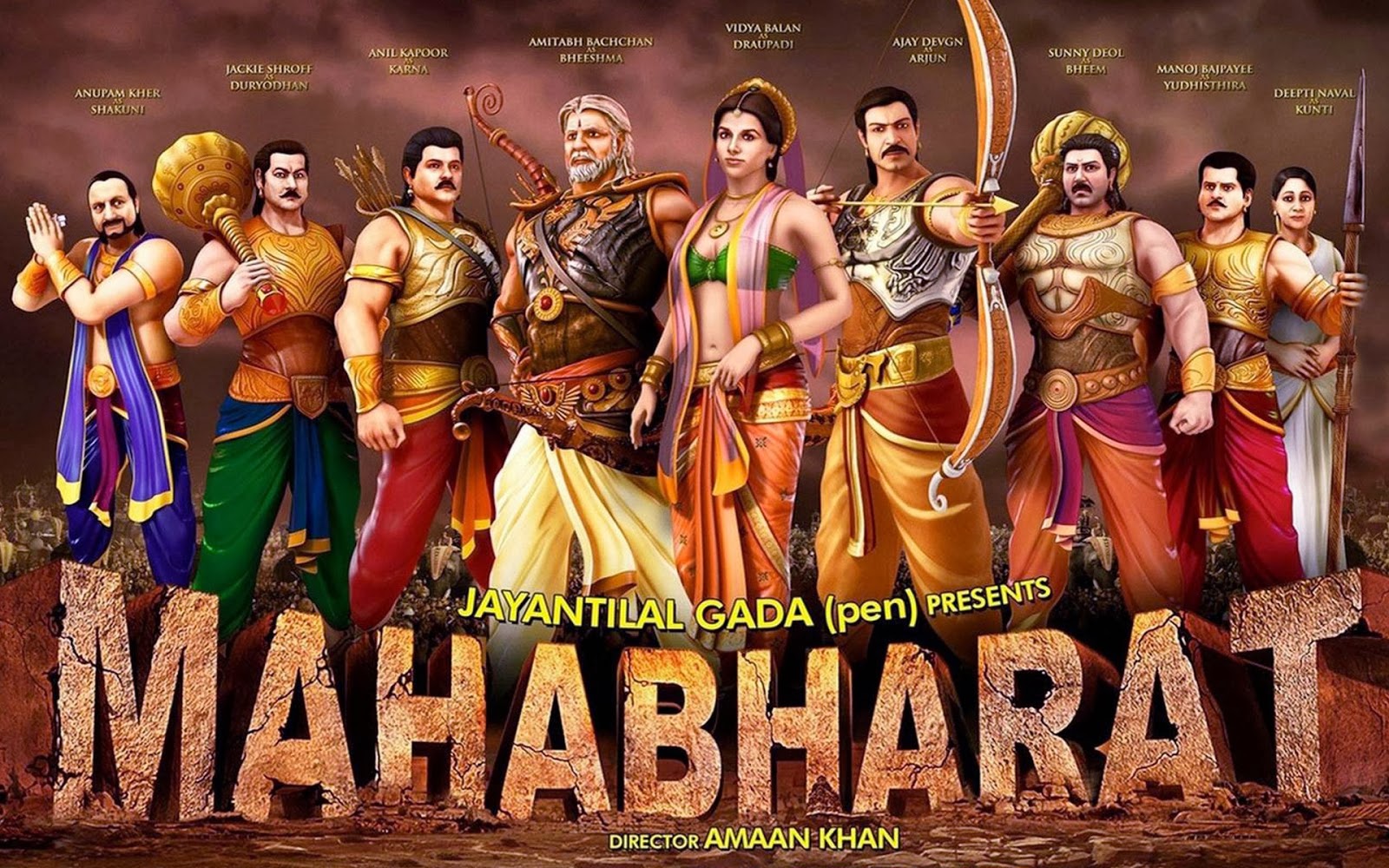 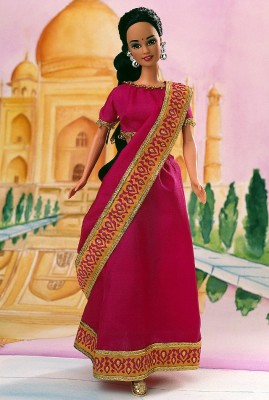 Hindi movies were one of many constants in my childhood despite having been raised in North America. Strangely woven in between Saturday morning cartoons and playing with Barbies, Bollywood provided the very kind of magical dreamscapes, good vs. evil battles and happily-ever-after stories that almost every little girl is drawn to. Not to mention my favorite 80s actress, Sridevi, was a vision in candy-colored fluffy frocks and pin curls that would make any 6-year-old swoon in jealousy.

While most of the films I remember were your typical love stories or action dramas, the recent trend in American cinema of reviving fairy tales (ex. Mirror Mirror, Snow White and the Huntsman, Red Riding Hood, Beastly) made me wonder about Bollywood retellings of popular fairy tales and legends. Over the years, a number of popular myths, tales and legends have been adapted in Hindi cinema, some so deftly that most wouldn’t even recognize the origin of the story.

There’s even one very unusual children’s film that created filmi versions of fairy tales using star Bollywood actors. Dating all the way back to the very first full-length Indian feature film, Raja Harishchandra, these stories form a unique niche genre in Bollywood cinema. Mythological films have always been a staple genre of Indian cinema – in modern times they are mostly produced as animated children’s films. But let’s take a closer look at films, both old and new, that fall into the category of Fairy Tales and Legends.

The first thing that comes to mind when I think of Bollywood Fairy Tales is the zany movie Rani aur Lalpari (1975). This children’s film by Ravikant Nagaich is a down-the-rabbit-hole crazy adventure about a little girl named Rani and her quest to bring her mother back from heaven. 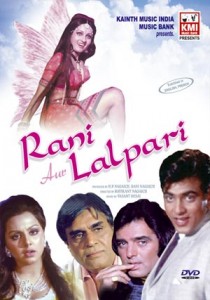 It had a number of cameos by popular working actors of the time, including Feroz Khan, Jagdeep, Aruna Irani, and Reena Roy as the titular Lalpari. But the highlight of the film for me as a child was definitely the scene in which Rani’s best friend tells her the story of Cinderella, and it stars Neetu Singh as Cinderella and Jeetendra as the Prince! For my full review of Rani aur Lalpari, click here:

Later in the film, Rani’s friend also shows her a filmstrip with the story of Gulliver’s Travels starring Feroz Khan! The entire wacky film is available free on YouTube as well.

The 1993 film Anmol also adapted the Cinderella story to a 90s scenario and starred Manisha Koirala and Rishi Kapoor, and the 2002 flop film Aap Mujhe Acche Lagne Lage with Amisha Patel and Hrithik Roshan is said to be loosely based on the tale of Rapunzel.

Excerpts from 1,001 Arabian Nights have also been occasionally adapted into Hindi cinema. One of the first few films I remember seeing was the Indo-Russian production Ali Baba aur Chalis Chor (1980) starring Dharmendra, Hema Malini and Zeenat Aman. This movie featured a magical cave of treasures (which also just happened to have a light-up disco floor!), an eerie genie and the magic words “Khul jaa Sim Sim!” – the music by R.D. Burman is a total bonus!

This was certainly not the first adaptation from the Arabian Nights. The story of Sindbad the Sailor was the inspiration for a number of Hindi films – the 1952 version being one of the most successful. The story is still a creative force in modern day films – for example, this song from the movie Rock On! (2008) is inspired by the hero’s journey:

The story of Aladdin and the Magic Lamp was also depicted with a slightly modern twist in Aladin (2009) starring Riteish Deshmukh as Aladin and Amitabh Bachchan as the Genie. And Haatim Tai (1990) stars Jeetendra as the legendary tribal chief who undertakes seven quests.

Rajshri Films sugary-sweet family drama Hum Saath Saath Hai (1999) was certainly a music-laden happily-ever-after fairy tale. But audiences may not have realized the story loosely followed the story of the Ramayana. Mohnish Behl played the quiet and noble eldest brother Vivek, who is technically the stepson of Mamta (Reema Lagoo). In the course of the film, Mamta’s friends convince her that Vivek’s taking over of the family business from his father is usurping the rights of her own first-born son Prem (Salman Khan).

Rather than trouble his mother’s mind, Vivek chooses to go on a self-imposed exile to his father’s native village of Rampur to work on a smaller project, and his bride Sadhna (Tabu) and loyal youngest brother Vinod (Saif Ali Khan) accompany him. Prem, upon hearing the news, refuses to accept the Managing Director title, but insists that he will only cover the role as a deputy until his brother returns. Sound familiar???

Yes, indeed – Vivek is Rama, who goes on exile to the forest for 14 years at the request of his stepmother Kaikeyi. Sadhna is Sita, who insists on going along with him, and Vinod is the loyal Lakshmana. Prem is the natural son of Kaikeyi, Bharata, who lovingly places Rama’s chappals on the throne and rules in his stead until Rama returns from exile to take the crown.

Even Tamil cinema has adapted lesser known tales from the Ramayana, for example the film Vaali (1999) which starred Ajith Kumar and Simran. Though not a true adaptation, this film took the very loose concept of a brother coveting his sister-in-law, and the title of the film indicates the brotherly conflict between the monkey warriors Sugreeva and Vaali in the Ramayana. 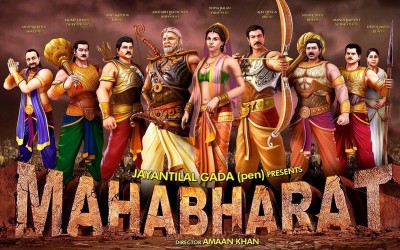 The epic Mahabharata has also been the source of inspiration for several Hindi films. Though many mythological tales take excerpts from the Mahabharata, there are also some conceptual adaptations or modernizations as well. Shyam Benegal’s Kalyug (1981) featured Victor Banerjee in a role based on Duryodhana and Raj Babbar as Yudhisthira.

The 2000 film Kurukshetra uses the premise of Draupadi’s disrobing being the catalyst for a war but uses police forces and corrupt politicians as characters to put it in modern day terms. Prakash Jha’s Raajneeti (2010) similarly uses the legendary tale, along with themes from The Godfather, to tell a modern day story of politics. The title of the Abhishek Bachchan film Drona (2008) indicates a connection to the magical Dronacharya of the Mahabharata, however the film was said to be more of a failed fantasy cross between Cinderella and Harry Potter. Similarly the film Eklavya: The Royal Guard (2007) seems to have little connection to the Eklavya character of the Mahabharata.

Beyond the great Hindu epics, legendary kings and heroes have also inspired Hindi cinema. Asoka (2001) starred Shah Rukh Khan as the great emperor of the Maurya dynasty, and Jodhaa Akbar (2008) was inspired by the relationship between Mughal emperor Akbar the Great (played by Hrithik Roshan) and Hindu Princess Jodhabai (played by Aishwarya Rai). The same Akbar was a primary character in one of the greatest Hindi films of all time – Mughal-E-Azam (1960). 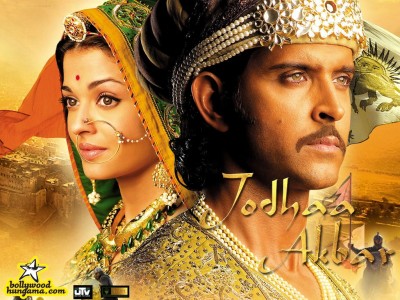 While Bollywood films are definitely a form of fantasy on their own (especially Karan Johar films!), it’s fun when Indian Cinema dips its toes in this sub-genre…and there’s so much scope for more. I started mentally casting redux Bollywood versions of Snow White (Alia Bhatt), Rapunzel (Deepika Padukone) and Beauty and the Beast (Vidya Balan – wouldn’t she be perfect as the brainy Belle character?).

Legendary tales like Shakuntala, Malti Madhav, Nala Damayanti, Silappathikaram and so on have so many characters and side stories that could make for very interesting exploration. Instead of remaking films from the past few decades (ahem, Agneepath and Zanjeer, I’m looking at you), maybe these tales could be mined for unexplored themes or character studies.

What are some of your favourite Hindi Filmi fairytales? 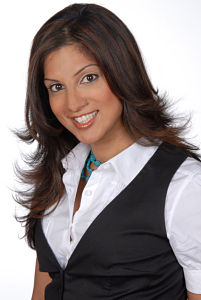