Designer Anu Raina Pays Homage to the City of Toronto 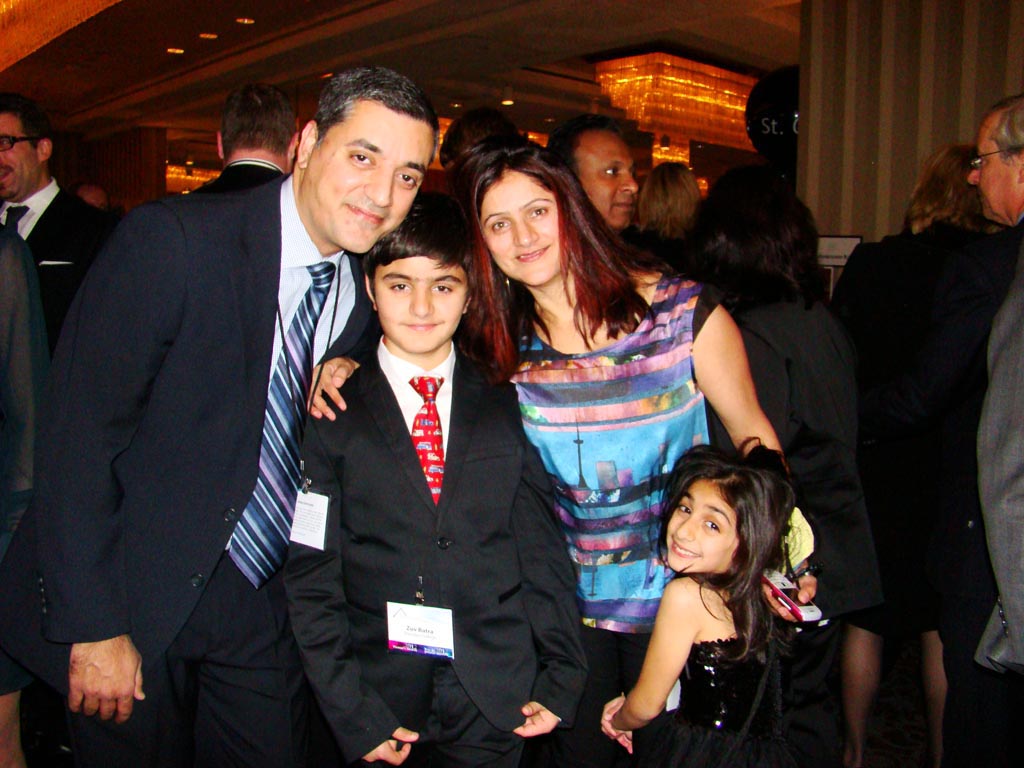 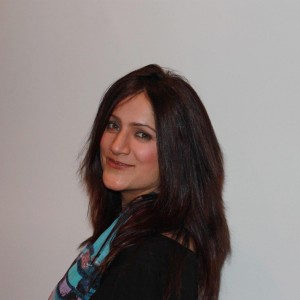 Anu Raina, originally from Kashmir, immigrated to Canada in the fall of 2004. She remembers witnessing the fall colours with her then four-year-old son in the city that would be part of her rise to the top as an award-winning textile and clothing designer.

Although she came to Toronto armed with a B.Tech in women’s wear from the London College of Fashion, career wasn’t a priority as she wanted to focus on her new life and the arrival of her little baby girl.

Today she juggles it all. On how she juggles all the roles of being a mother, a wife and a designer, Raina says, “Its hard…like walking a tightrope but I have learned to maintain that fine balance. My family always comes first for me. They make me happy and my work gives me peace.”

Raina will return to World MasterCard® Fashion Week to showcase her Fall/Winter 2014 collection in the Studio on Friday, March 21, at 3 p.m.

Known as the creator of the Toronto subway scarf, she will once again pay homage to her adopted and beloved city with this season’s ready to wear collection. Titled T.O², the collection focuses on the rich hues and textures of Toronto’s autumn season, with Raina’s signature prints featuring original artwork of city-inspired imagery. 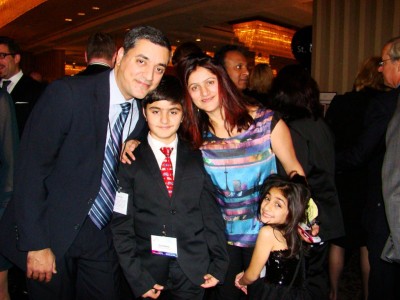 “In this collection of prints, I sought to recapture the joyful experience of falling in love with Toronto,” said Raina. “The rich memories of my first fall here have been a great source of inspiration for me. I recall an experience beyond words, where it seemed someone had filled a bucket with warm hues and splashed it across the city.”

Raina’s fall/winter 2014 womenswear collection is inspired by that first fall in Toronto and her exploration of the city’s colours and textures with her young son. Woven together by a common thread of black, the palette is punctuated by Malachite green, ochre, Cobalt blue, prunes, purples and teals inspired by the changing colours of nature and the passive-but-pervasive backdrop of the city’s signals and signs.

She owes much of her success as a designer to mentors like Rachel MacHenry – Ex- Studio Head (Shedridan Textile Program), Robin Kay – President FDCC and textile designer, Virginia Johnson.

“Interning with Virginia was an eye opener. Virginia is not only a great Canadian Textile designer, but also a very kind and wonderful human being. She helped me greatly and encouraged me to believe in my vision.”

Her passion for design drives her work at home and on the runways. She says it can take three to four months to put a line together. So what’s her work style? She calls it ‘quirky artsy and chic.’

“I guess it’s an extension of my own personality,” said Raina. “I always lived in a world of imagination as far as a kid. One thing I never experienced was getting bored.  There are stories all around us, we just need to open our inner eyes. That is where I go for inspiration. I just look inside me.”

So what’s next for Raina? She says someday she’d love to do a collection inspired by the festival of ‘Holi.’

“Holi is a festival of color and for that one day you are allowed to play with color fearlessly. It brings out the inner child in you. Someday I would love to do a collection with the same abandoned care; just the way artist Lila Lewis Irving paints her canvas.”

Here are some more fun fashion facts about Anu Raina:

Must have travel outfit

My Lennox jeans from my FW13, my Toronto Subway Scarf and my Awesome shirt (it has a print that says “I feel awesome today in my special font)

Sari…anytime. My mom left me a black Kashmiri silk chiffon sari with intricate antique mukesh work. Its most gorgeous piece of textile I own till date.

You can learn more about Anu Raina on her website: AnuRaina.com